Mr. Seed features Ndume for new jam “Pepeta” and it is a blessing galore (video) 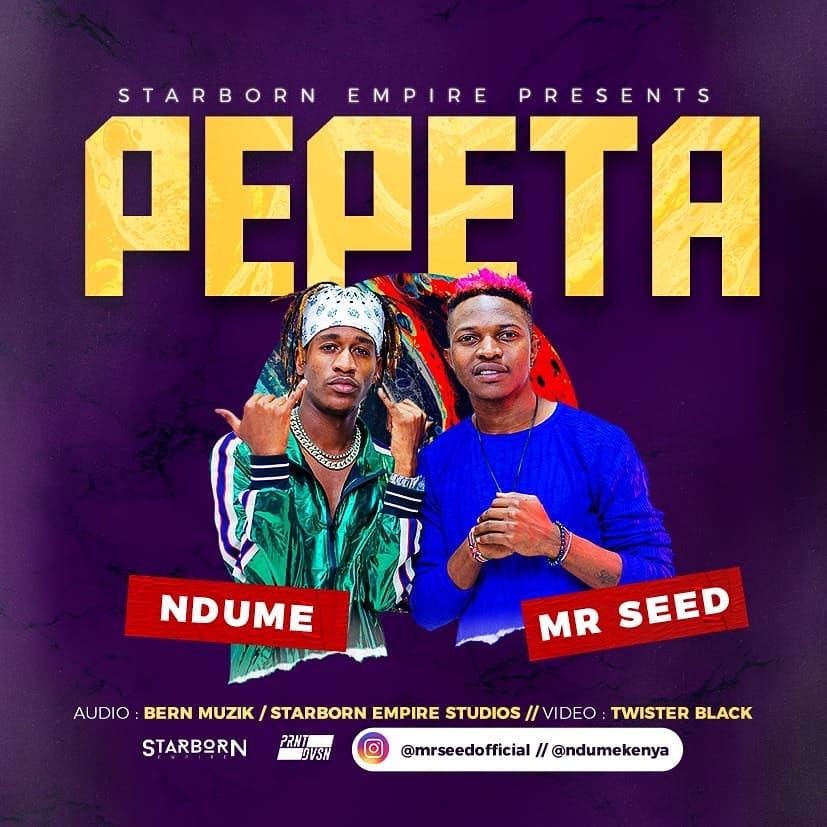 After a trail scandals in this year, Mr. Seed seems to be redefining his footing in the gospel industry. This time he has teamed up with Ndume to bring us a new jam dubbed “Pepeta”.

This is a gospel dance song that basically talks of Mr. Seed’s journey in the Industry. His highs and lows as he struggled to thrive in the much controversial but contemporary Kenyan gospel scene.

In what he claimed was a witch hunt he managed to stay at the top of his game despite the tainting scam that came his way.

Under his label Starborn Empire, Mr Seed has managed to sign up various new gospel artists and so far he is doing well.

Ndume is one of the artists that are signed under the Starborn Empire. Ndume was signed  in 7 months ago and his first hit was ‘Za Yesu’. 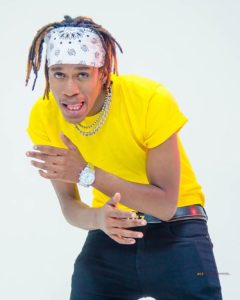 Understandably, it  is said that the two met when Ndume was working for Willy Paul as a Dancer.

Pepeta is a collaboration between the two basically a testimonial of blessed life through God’s own blessings. 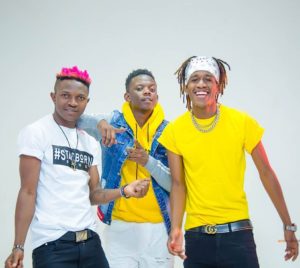 Mr. Seed starts of the song with his testimony stating that he has had his fare share of set backs.

Keen to mention how God has been gracious to him. Especially when he says ,

Then goes to the chorus to say “Huyu Shetani tunampepeta…..”in repetition.

Further on Ndume joins in the emphasize on how shetani anapepetwa-chasing the devil away. Because the grace of God has always been sufficient.

I would dare say they did too little on the lyrical creation compared to the beat. Basically they worked more on the beat for dance.

However, their message was quite easy to relate to especially the audience but they would have done better. The video’s concept a football  pitch  too was good considering their choice of words in the lyrics.

The dancers also adorned in football jerseys gets  thumbs up. Shetani akapepetwa vilivyo. Well, the duo did a good job so Kenyans lets support our own.

This is Starborn Empire Studios production by Bern Muziq. Video By  Twister Black and  Dance By: Eldoret School Of Dance.

For rating I will go with 7/10.Watch and tell us what you think.