“My hands were my tools of trade but I now can’t move them,” paralyzed DJ Evolve cries for justice (Video) 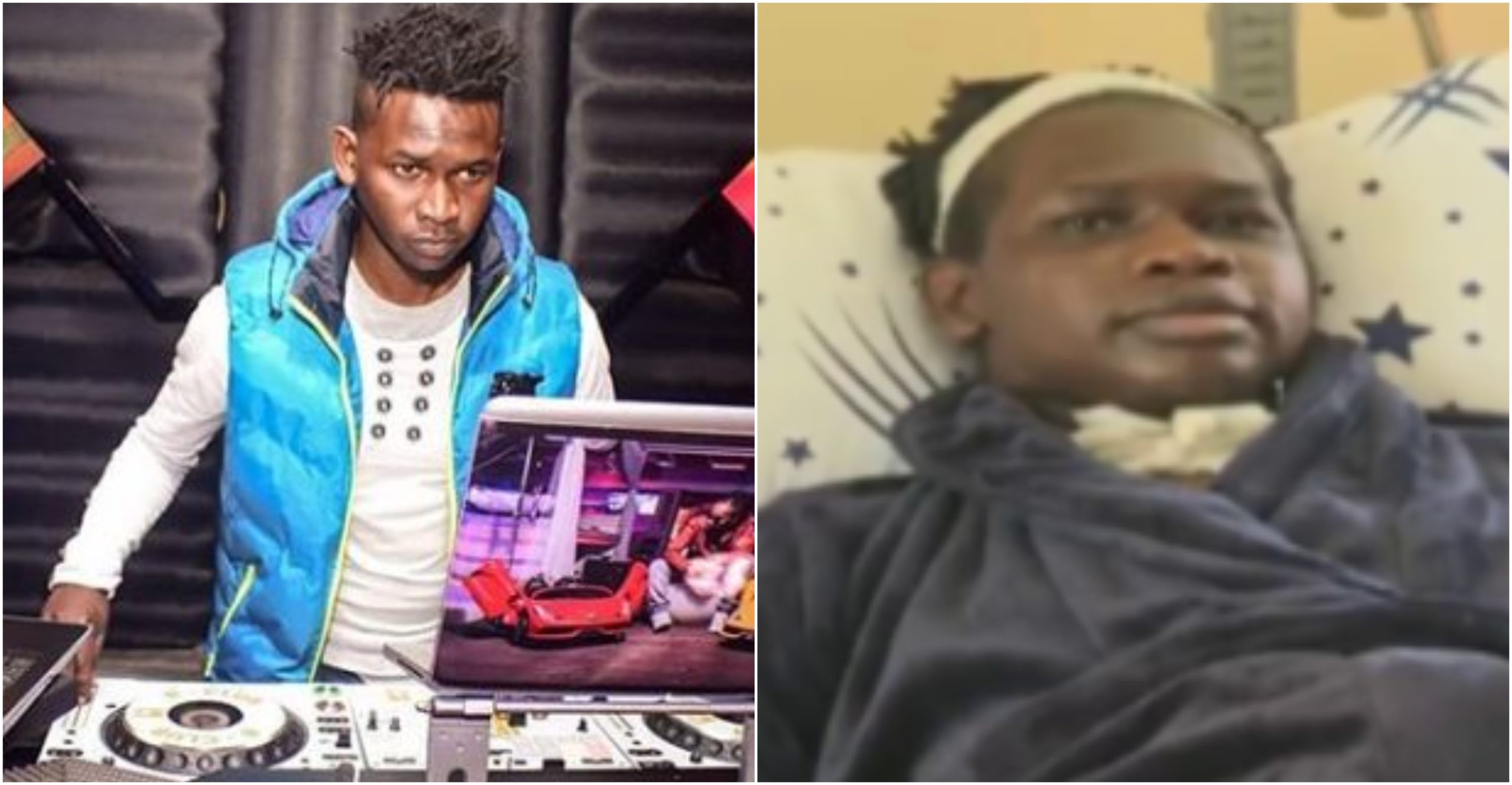 It is one thing to get news from a second or third party but it is another thing to hear it from the horse’s mouth. Kenya’s recuperating DJ Evolve’s story has been given all sorts of angles by numerous individuals other than himself.

However, it is until Evolve’s recent eye-opening interview on NTV that left Kenyans tongue-tied and disturbed by what was actually happening on the ground.

During his interview, born Felix Orinda was lying helplessly on his bed, unable to move his body other than his facial features and his arms. However, his fingers seemed crippled and this did not sit well with him.

These were my tools of trade, so when I don’t have them, there is no way I can be able to work.

The entertainer sadly revealed that the fateful incident had caused him trauma that denied him sleep during the first few days because flashbacks continuously clouded his mind.

I needed medication to put me to sleep.

The disk jockey further confessed that he is like a small child – who can do nothing by themselves but fully dependent on other people.

Currently, I’m just here. There’s nothing I can do for myself. So I’m fully dependent on people to do things for me.

Regards getting justice for the incident that left him bed-ridden, DJ Evolve stated “I have left that to God”.

The B-Club deejay’s mom who sought anonymity, divulged that since January 17, she has been on the beck and call of her son and unable to move on with her life. 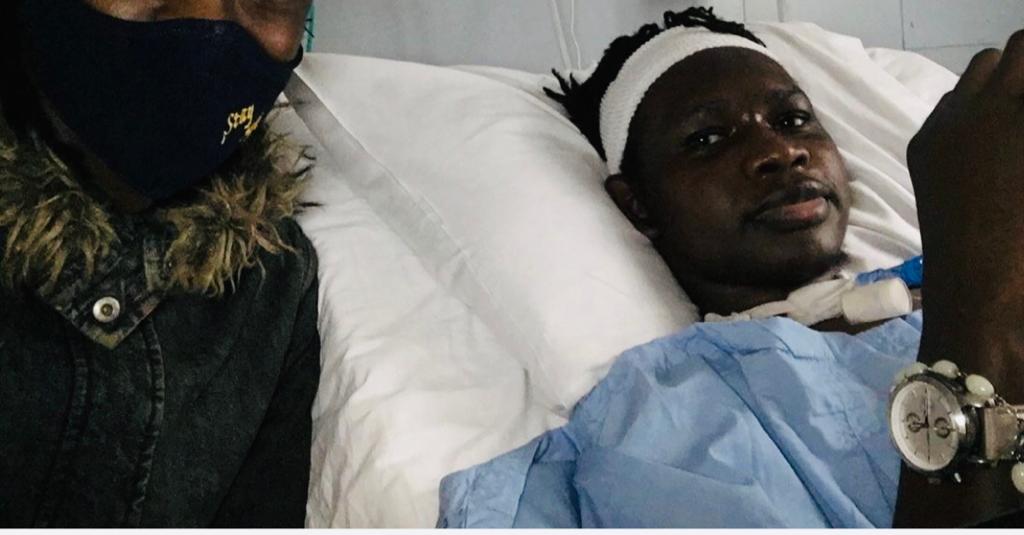 Surprisingly, the DJ’s mother disclosed that she had never been in communication with Babu Owino and that she has never laid her eyes on him.

The pain I have, I just can’t talk.

The narration left Kenyans with a bitter taste in their mouths, some calling out Babu Owino, others condemning the deplorable state of the Law in Kenya. 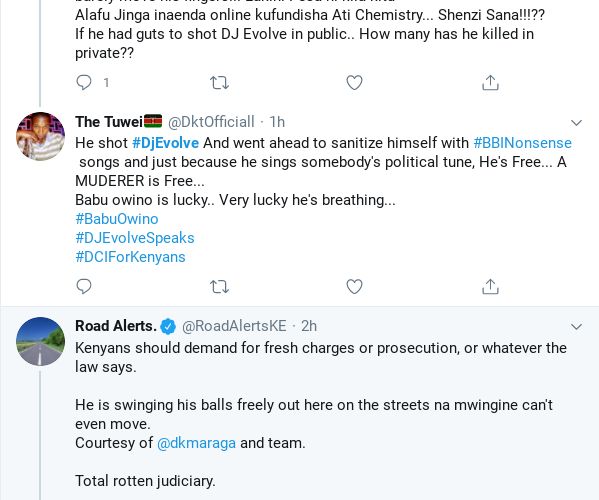 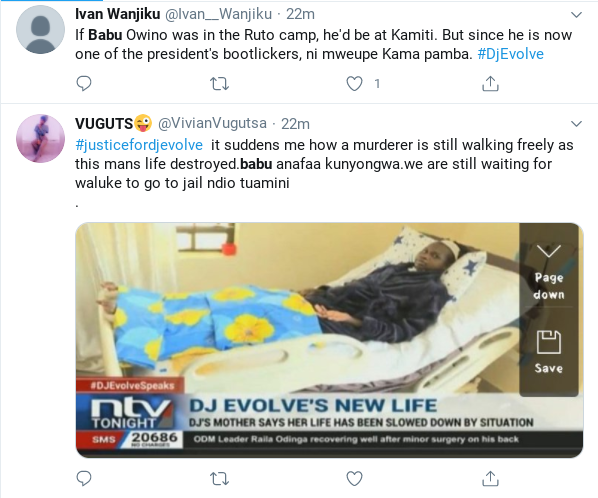 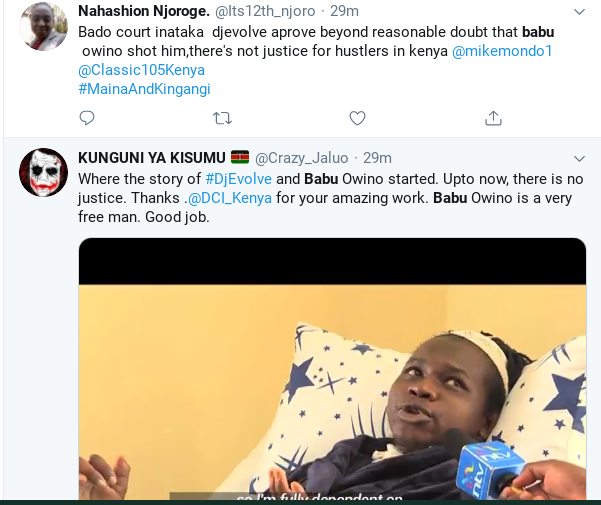