Only in Naivasha! Akorino man chops off his useless manhood and throws it away before he threw himself a small ‘party’ (Video) 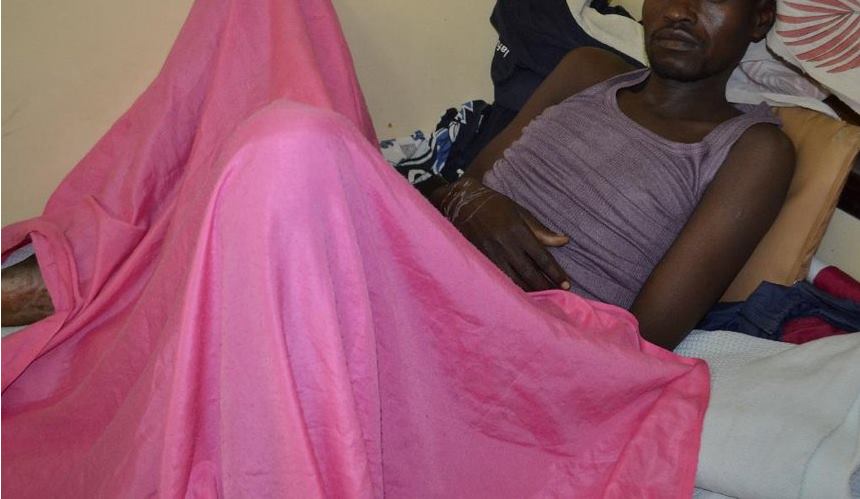 The man dismembered his private part using a razorblade and a kitchen knife, then he gained composure and feasted on bread and soda before police came to his rescue.

Naivasha residents were treated to a bizarre incident after Akorino man chopped off his manhood because his bible instructed him to do so.

The man, who works at a quarry, locked himself in his house before he chopped off his manhood; apparently he used both razorblade and a knife to do the job.

Screams from the house alerted neighbors who called the police. On arrival to the man’s house, the police found him writhing in pain with blood oozing from his private part.

One witness who arrived at the scene before the police said the man had been eating bread and drinking soda after severing his manhood. He only screamed after he was overwhelmed with pain.

His chopped penis was nowhere to be found, police only found a bloody knife and razorblade at his house. Some speculated he could have thrown his private part in the toilet.

“The Akorino man claimed the Bible ordered him to discard any part of this body that might deter him from entering into heaven,” a witness told K24.