Issa TBT: The night shift job that made Nameless whom he is today 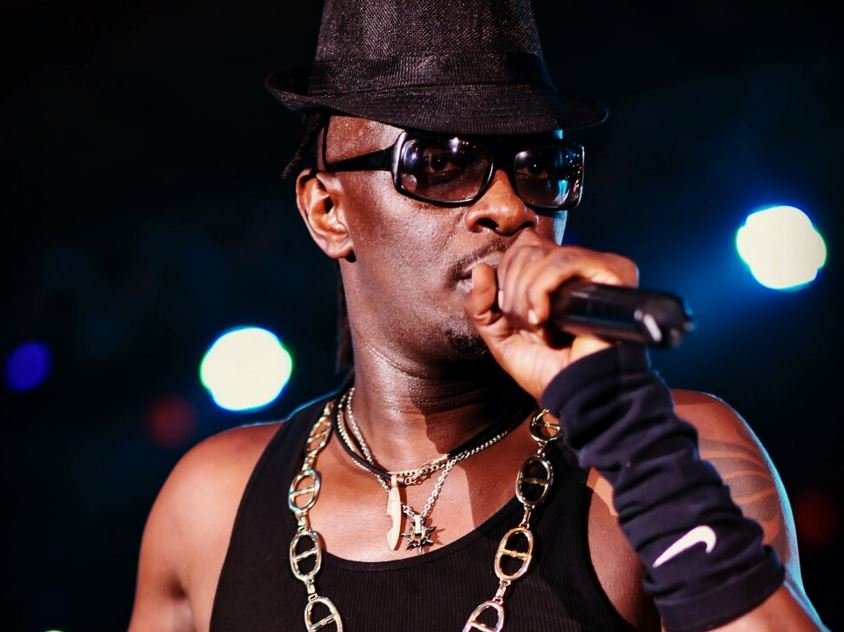 Your favorite Kenyan artist, Nameless is a star in the lucrative music industry that sees many tip off just shortly after they step in.

However, Music star, Nameless, has defied the odds and remains relevant to date, a whooping 20 years down the road.

Nameless takes us down memory lane of what his teenage life was like, a stage that has made him who he is today.

Both exciting, scaring but he dared it all.

I was just a campus student, young kid, I remember that day I was having a night shift job.

So me and my girlfriend, Wahu, she used to walk me half way on my way to work, , and then I´d head back to college.

So that day, I think I was a bit down, I was feeling really down.

Wifey, girlfriend at that time was trying to uplift my spirits but I was like, it will be alright.

Then I went to work.

When I reached jobbo, ofcos, my friend was there, we used to work just the 2 of us night shift.

We started working as per kawaida and then, something interesting happened.

On the radio, at the time, Muthoni Bwika announced that the biggest producer, Tejo Signs in studio was looking for artists; rap or sing, give a call:

Yeeeah, Are you gifted? Are you talented? Can you drop a rhyme? Can you sing?

Well am waiting for you because he is looking out for talent and the person who wins, will cut a record with him aka, ´a single´ so just don´t sit around and give me a call on 24….

Nameless could not help but listen keenly.

I knew I had an interest in rapping, but I wasn´t sure that was my talent.

He thought about giving his friend, Newton a hint about his desire to give the producer a call and all, but he decided to keep it to himself.

Nameless stands up and goes to the office next door, to make that call.

Yoh, you wanna try it?

So Nameless is given beats to rap to and here he goes:

Muthoni gave Nameless some positive vibes and went ahead:

Nameless was not sure what answer to give because he hadn´t decided on an artistic name so it became a challenge.

And bang! He picked on ´Nameless´ because chances are that his boss was listening on radio and all.

So Muthoni went with it but once they had made a decision, they would sure call back.

Nameless then heads back to office and Newton can´t just believe his friend missed a guy called ´Nameless´ rap on the radio.

And in my head I´m thinking, should I tell him it´s me?

So I ask him, what did you think about it, and stuff like that.

Next day, announcement is, ´Nameless´ actually won, he is now in the finals.

Same thing, he walks out of the room, leaves Newton in the office and goes into the next office, makes the call and returns.

Every time you go to the toilet, this guy comes on air.

Newton likes the rap and all and Nameless feels encouraged.

Good thing about it, is funny enough, guys liked the vibe and they voted me in and I won the gig with Tedd.

I can say that call I made, changed my life because at that point, on Monday, the next week, they launched my Megarider.

People loved it, it became my hit, and now I had to be Nameless.

People were anxious to know his kind of profile.

And that´s when my journey started, literally 20 years ago.

Nameless and his then girlfriend, Wahu were the key voices in the song.

Wahu is the voice behind the ´Nameless´ music bed as Nameless takes down the rap.

Megarider was recorded and released back in 1999 as Nameless first single, which opened paths to his unexpected musical journey.

The rest is history.

Check out his You Tube video below: