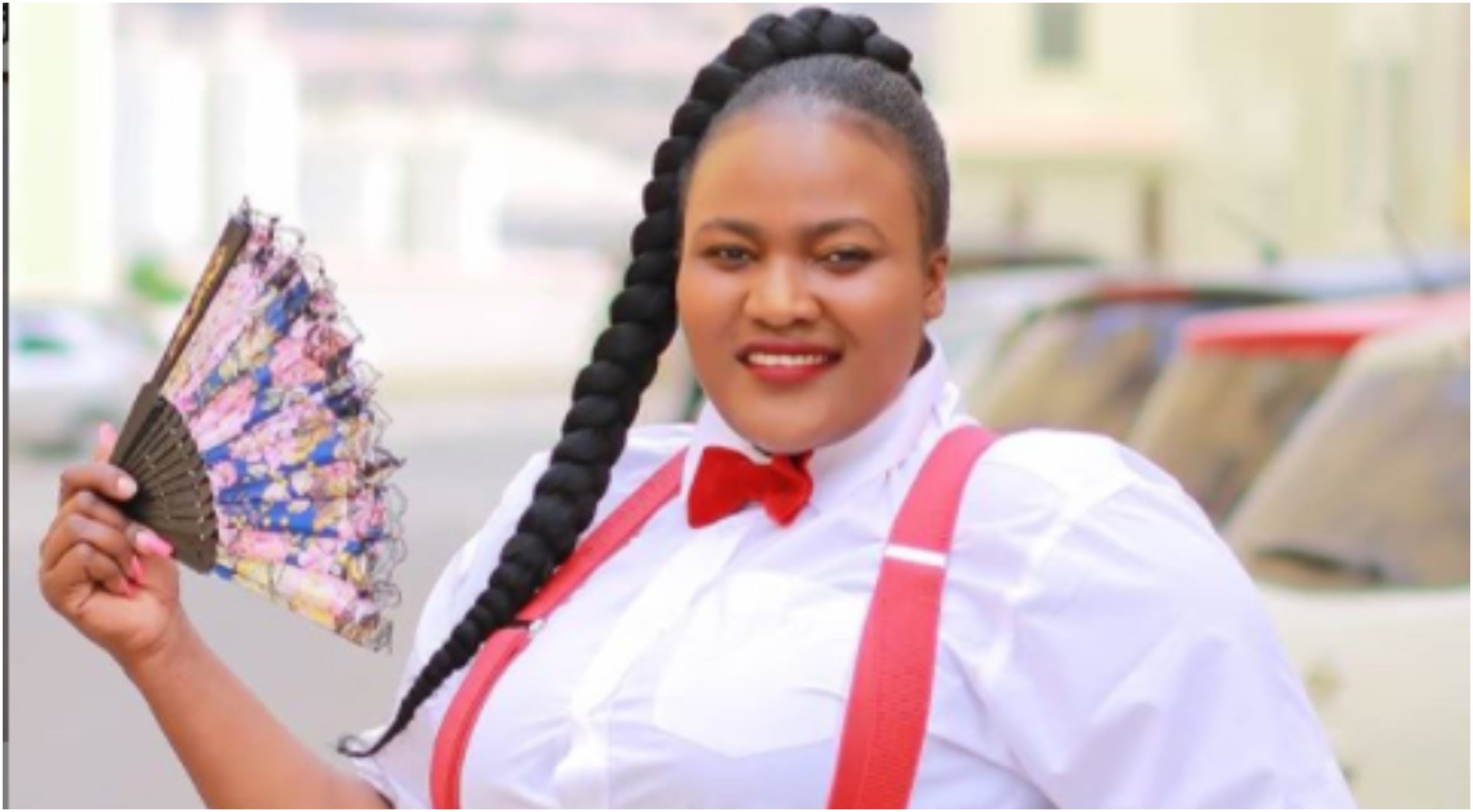 Everyone has a story, of a past that wasn’t all rosy but one that you look back at and remain glad you never gave up on.

Sandra Dacha alias Silphrosa is best known for her starring career in TV drama series Auntie Boss that saw her rise to stardom, live a much better life and become an envy to many. Sandra Dacha aka Silprosa with her girls

Unfortunately what majority are not aware of is her dark past, a time she could only afford to live in a mud house, not in the rural areas but somewhere in Kenya’s capital where she would pay a monthly rent of KSh100.

Also read: The untold story of Auntie Boss´ actress who lived in a mud house (Details)

Life was kind enough to later afford her a iron-sheet house, double the monthly rent, where she would make her income by selling food and beverages to manual laborers around her estate. The sewer would pass right outside her door but she lived there and never complained because that is what her pockets could afford her. Also read: Why Aunty Boss’ Silprosa is so popular with Kenyan women

Light shone on her after she moved to a much better place and into a stone bedsitter and for her, she had made it in life. Recalling those days, the actress shared a throwback photo of her sitted by the door, in her self-contained house, lost in thoughts. Penning; But today she looks at this photo, with tears rolling in her eyes, not that she regrets her past, but because her tremendous growth ever since then can never fully be expressed in words.

God you are wonderful! You are marvelous! You You You my GOD😭😭😭😭😭😭😭 I lack proper words to describe you my Lord😭 Yahweh uhimidiwe🙏 To her fans, those that might have given up or lost hope, those who think they have made it, she urged; “Never give up in life. Jitume. Mimi bado sijafika popote,ndio nazidi kusonga🙏 Bado najituma🙏.”

Her post was received with disbelief, love and applause from fans, reminding her of back then but also admitting that God had indeed been faithful to her.

carley_anto God is good, I saw you back in 2011 in nyahururu, you were acting as bi farashuu of utengano🔥🔥