New boyfriend? Lupita Nyong’o leaves internet guessing after she is seen seated on a man’s lap at a restaurant (Photos) 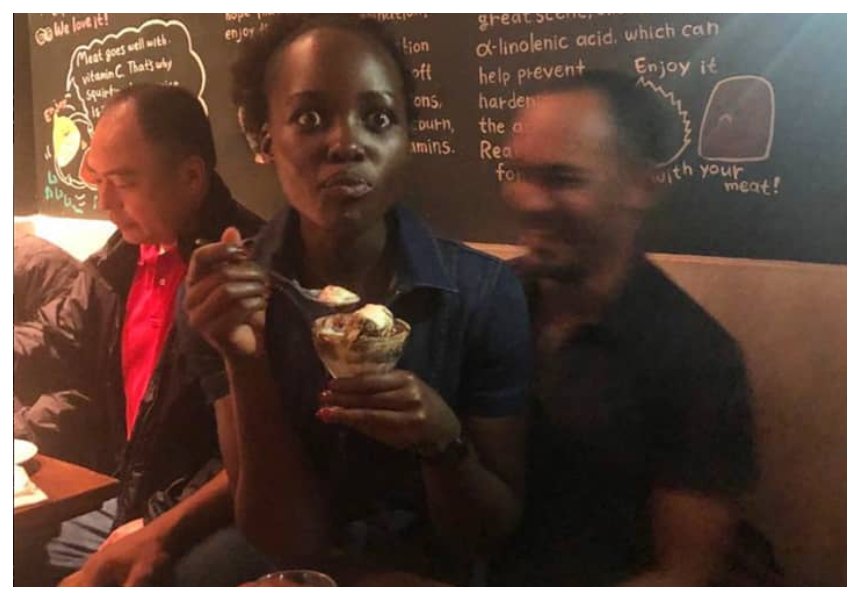 Lupita Nyong’o has dated several international celebs, currently it’s not known whether the Hollywood superstar is in a relationship with anyone.

Since the breakup with Jared Leto, Lupita has not publicly revealed whether she is dating anyone. Even Mobolaji Dawodu was just rumored to be her boyfriend because he used to be seen with her more often.

Lupita caused a stir when she was seen enjoying ice cream while being carried by a mystery man. The ‘Black Panther’ star, who was in company of her brother Junior Nyong’o, sat on the man’s lap at a restaurant while she enjoyed her ice cream.

“When the food is so good that you
a) break all your dietery restrictions and live a little
b) can’t hold a conversation at the same time
c) take a shameless nap among empathizing patrons,” Lupita captioned the photos she posted online. Lupita with her brother Junior Nyong’o