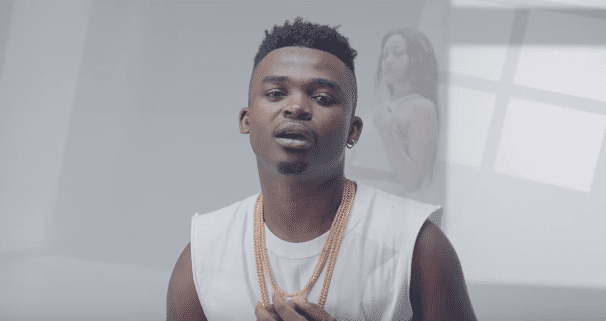 Nichombeze by Aslay is full of love. The Tanzanian singer has given his fans a new jam after he recently released Nyang’anyang’a. Nichombeze  is all about love for a girl and describes her beauty. Nichombeze video is barely 24 hours and his fans can’t keep calm on youtube. He is really tryig in world of bongo. The song just talks more about his love for a girl. Also the song is done is swahili making it easy for any common person to listen.

The song is well produced. Look  at the video and how it is done, I am sure you will like it. The audio is clear and the beats are on point. As I have listened and watched the video, Aslay had in mind the youths as his target audience.  There is no energy in the song but it is good when one wants to listen to a love song. The song is done is a slow manner which is calming and can only be accompanied by a slow dance. Nichombeze was directed by Joowzey.

In the lyrics Aslay has expressed his prowess in love songs. He has done it well. There are some stanzas which am sure you wouldn’t miss to replay; “Nasimamia ukucha, usiku natetema(aah mama) Akishikaga ukuta nashindwaga kuhema Kazini kurudi narudigi mapema(aah mama) Naogopa wenye nazo wasije ninyang’anya.” Could he be talking about sex in this stanza? Look at how he has described the prowess of the girl in bed. He goes ahead to say that he leaves work early to get home to the lady so that she is not snatched from him. This is love and obsession. 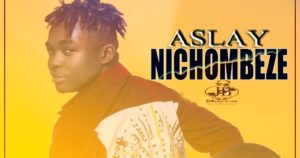 Also repetition has been been used in the chorus.  This style emphasizes more on the message being delivered. In the Chorus he says the lady is the spray to his heart; “Ya habibi, ya habibi Ya hayati, ya hayati Ya habibi, ya habibi Marashi ya moyo wangu eeh.” This verse has used symbolism to show how the lady has an effect to his heart just as the spray has effect on ones body scent.

The song is good and I like it. The only thing that missed here was energy. Aslay can deliver. I rate the song at 5/10.

Diana Marua´s special promise to Bahati that left him speechless