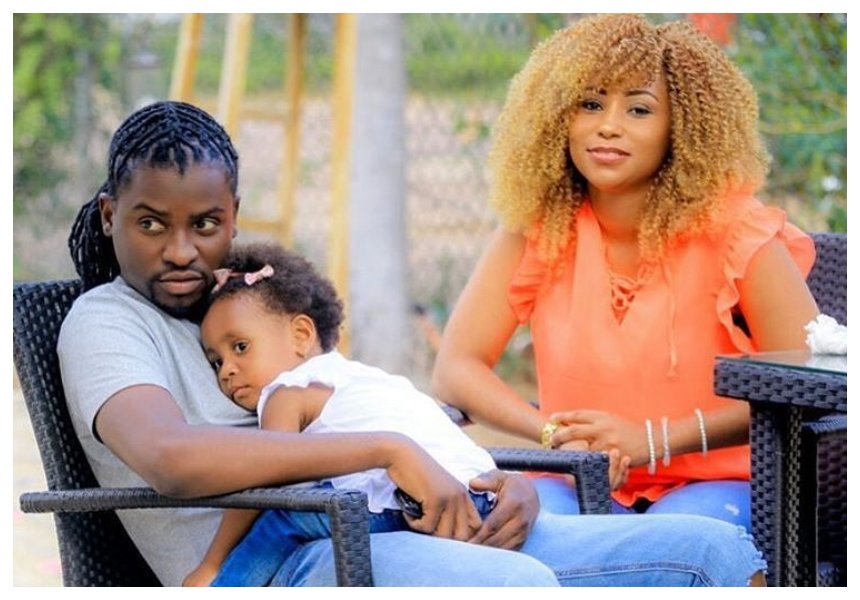 Esma Platnumz walked down the aisle as the 5th wife of Msizwa Yahya this past weekend; at a lavish ceremony that saw only friends and family attend.

Unfortunately Petit Man Wakuache who has been an on and off boyfriend of Esma Platnumz was not invited for the ceremony. Probably this was to avoid unnecessary drama from Petit who appears to still love Esma.

Sadly, before Esma dumped him the two had been living like most couples who fight and argue over relationship stuff; but after putting up with so much, Esma decided to leave the alleged toxic relationship for good. 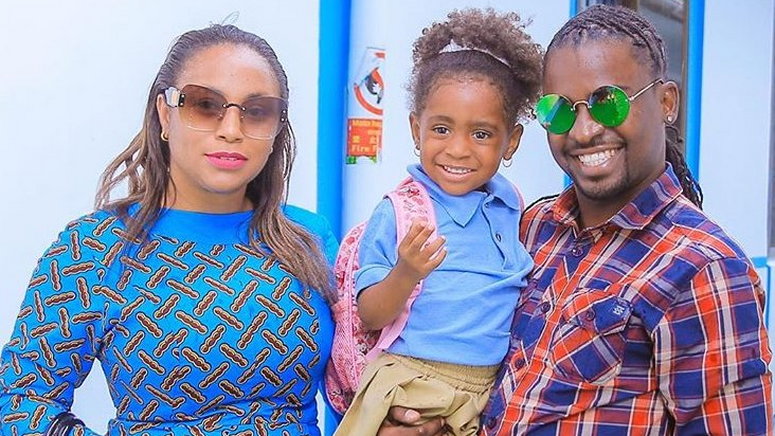 Esma Platnumz with baby daddy, Petit Man and their daughter

Of course this did not impress Petit man who now claims that Esma is an arrogant woman; and if anything the new union will not last thanks to her pride. Petit opened up saying;

I am pretty sure that there’s no other man, other than me, that can live with Esma. I do not think there’s any other than can persist the pride and arrogance of Esma

Although his statement may sound bitter, we can’t help but wonder whether Petit man was out to ruin his exes reputation; or whether he was just speaking from experience.

Also read: “We live separate lives” Esma Platnumz confirms that she and Petit Man are no longer an item

Before Yahya got involved with Esma Platnumz, Petit Man was said to be working on his relationship with Esma who was allegedly pregnant for him at the time.

However seeing that Esma is now somebody else’s wife; fans can’t help but wonder what Petit did to push his baby mama to another man’s arms. But all in all, the good thing is that Mama Dangote is still friends with Petit hence making co parenting easy!