Odi Wa Murang’a has linked up with Raj, Ashmaley and Babito on ‘Dhugudha’ and it’s too lit (Video)

Talented Kenyan singer Odi Wa Murang’a, who is one third of Rieng hitmakers Boondocks Gang, has released a new project with Raj, Babito Mlynchez and Ashmaley and it’s getting a lot of love.

The song dubbed Dhugudha, which is a Sheng’ word that means derriere, has been getting a lot of airplay on local TV and radio stations since it was released a few days ago.

I don’t know about you but this song made me appreciate Gengetone even more because it’s so damn catchy. It is the kind of songs that leaves you wondering why you weren’t born a musician.

The lyricism on this jam is really dope. Other than Odi Wa Murang’a and Raj – who we all know are talented – I must say that I was impressed by Babito. This lad has some dope flow. If you ask me, I’ll tell you that he totally nailed it.

As expected, Odi Wa Murang’a also did a good job. Apart from his witty rhymes, this guy has a deep voice that makes you hooked to his verse. 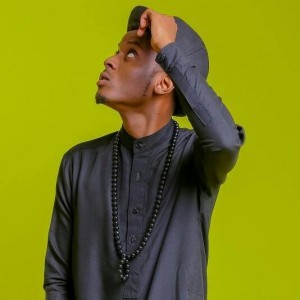 If you know me, then you know that I am such a huge fan of Rajiv Okemwa, better known as Raj. In my eyes he can’t do wrong so we’ll give him a pass.

The beat for this jam, which was produced by Sadafa, was also dope. I was literally dancing on the seat while writing this review. Props to him.

Watch Dhugudha below and tell us what you think.