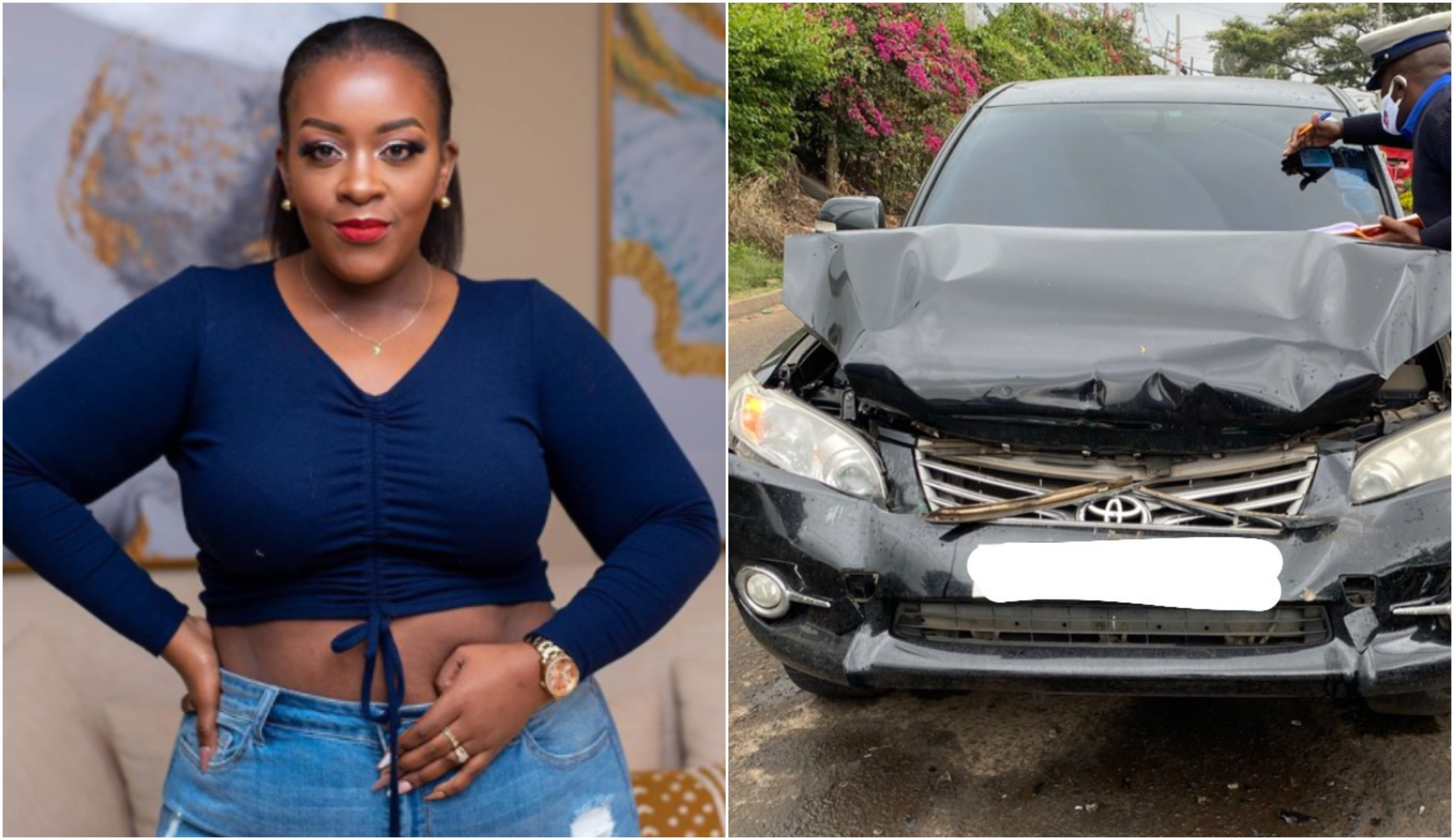 Popular Kenyan vlogger Joan Munyi aka Yummy Mummy is glad to have been given a second chance at life after getting involved in an ugly morning accident.

So the YouTuber was out for her routine gym workouts early morning before heading home to start off on her day’s plans.

But as she left the gym on her way home, her brakes locked, so her car could not slow down and she had nowhere to run to.

The curvy babe rammed into the back of a stationary Citi Hoppa that left her car’s front badly damaged. 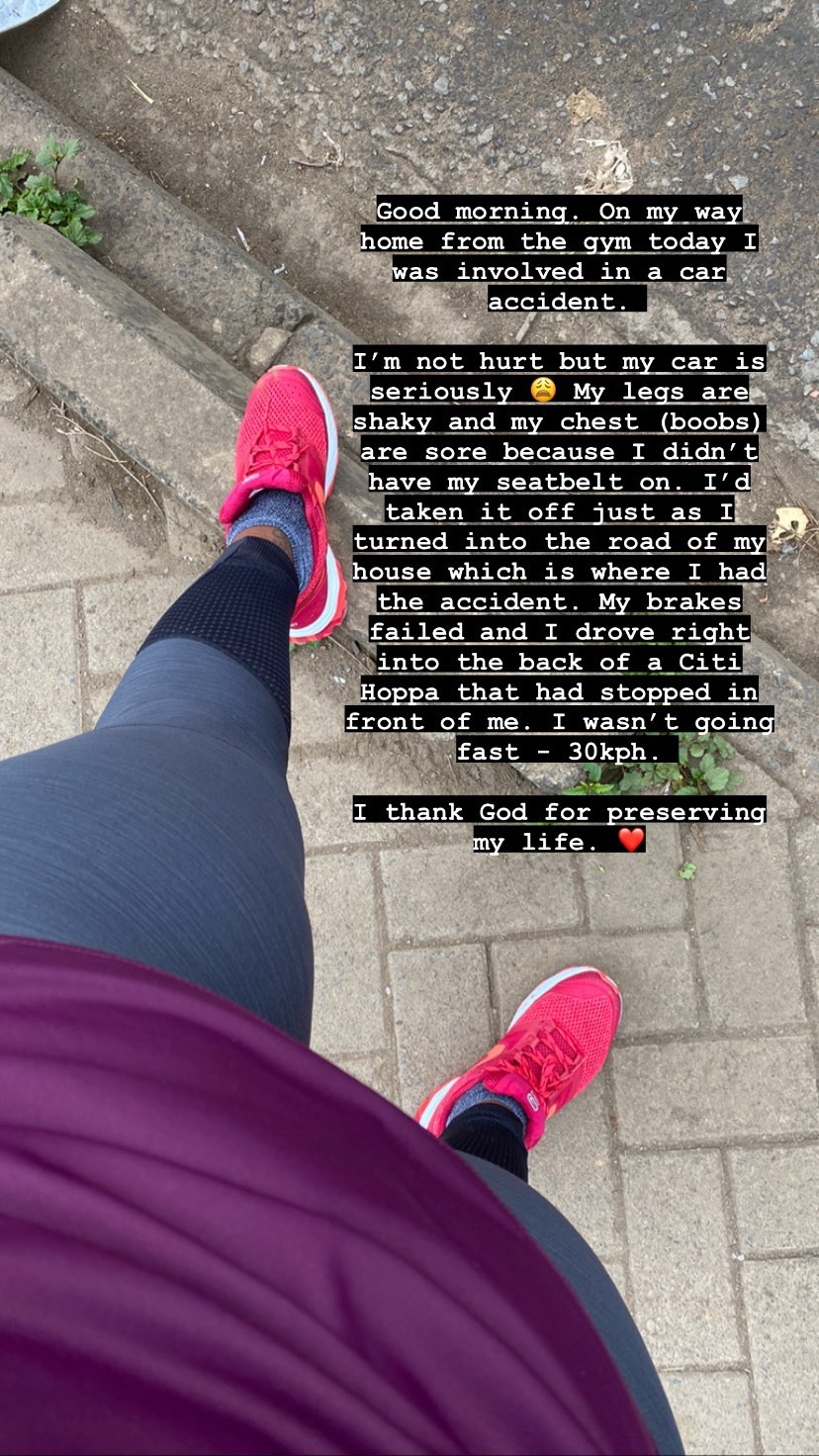 Unfortunately, she had just removed her seat belt because she had taken the turn into her home area and the impact left her chest sore.

“Guys always wear your seat belts. My boobs hit the steering wheel so hard, I thought they were gonna burst. I’m scared. I don’t know if I’ll ever drive again,” she openly admitted.

Fortunately, at the time, she was driving at 30kmph and close enough to the bus. 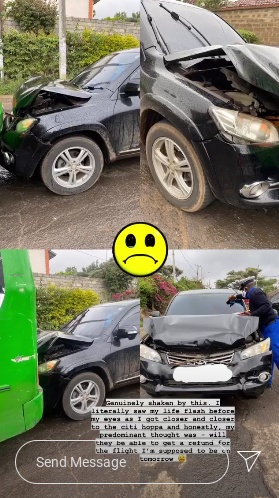 “My life legit flashed before my eyes as the bus got closer – I was like okay so this is the end Joan,” she opens up.

Those last seconds, had crazy thoughts running through her mind about the kind of legacy she had left behind and what the world will remember of her. 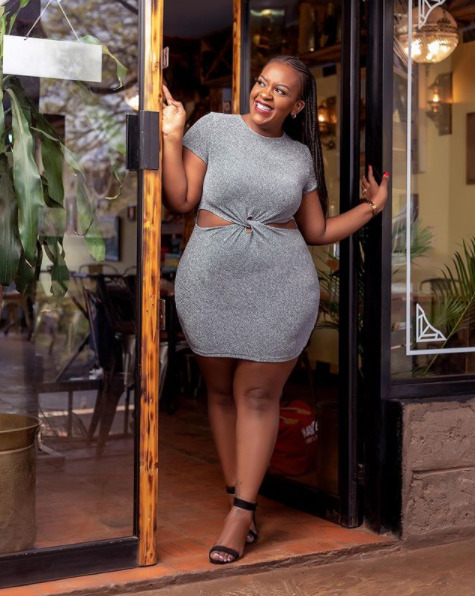 Police officers’ arrival at the scene almost nearly the situation worse after the officers did not seem convinced enough that her brakes failed, therefore hinting on taking her to court.

Fortunately, after shedding a ton of tears and saying her prayers, the officers set her free and off court matters, news that brightened up her day.

The beauty had to put off her morning plans until the incident got sorted, despite her scheduled flight tomorrow.

Looking on the brighter side, a dear Joan thanks God for a second chance at life, because it could have been a lot worse.

Messages of comfort and hope continue to flock her comment section. We wish her well!