President Uhuru Kenyatta’s motorcade involved in an accident in Nyamira 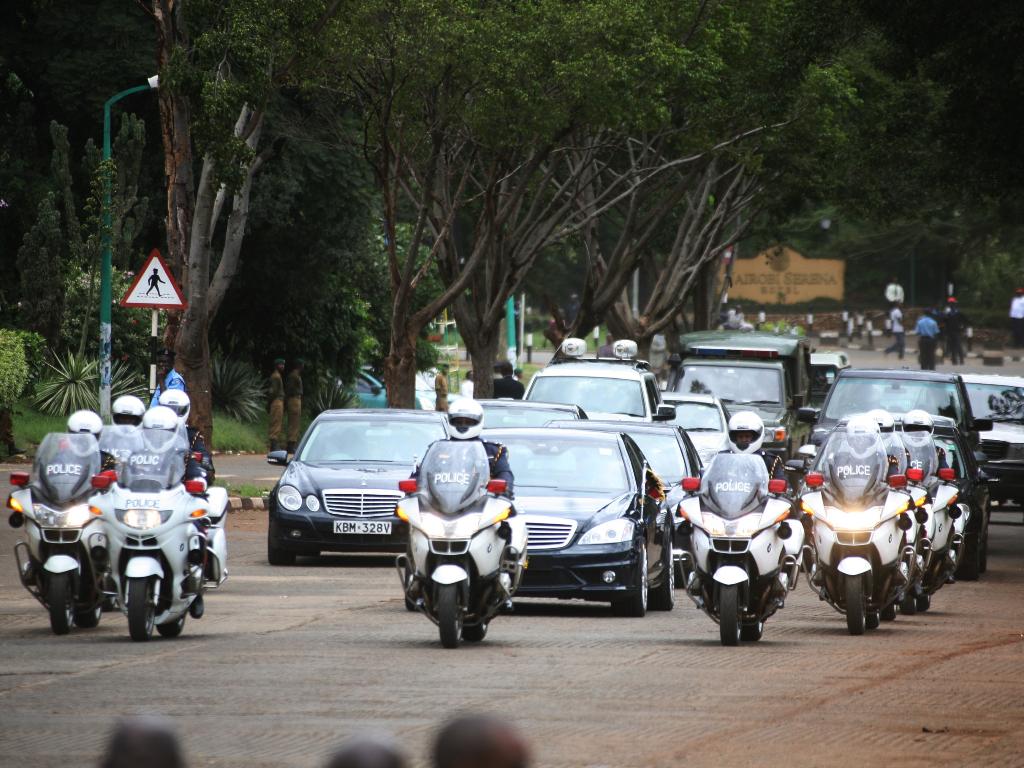 It is reported that President Uhuru Kenyatta’s motorcade has been involved in an accident.

Four people have been injured after vehicle in motorcade hit a Nyamira matatu.

President Uhuru Kenyatta and his Jubilee team are in Kisii, Bomet and Kakamega areas for campaigns.

During the campaign,President Uhuru Kenyatta said he is confident of winning the August 8 polls with an overwhelming majority because he enjoys more support than he did in 2013 when he defeated his rival with more than 800,000 votes.

The President said he won the 2013 election while he was burdened with false accusations at the International Criminal Court and was literally in the wilderness.

He said the opposition knows it will lose the election and that is why they were busy creating excuses including their outrageous claims against the country’s security forces.

The President, who spoke at a rally at the Gusii Stadium, Kisii town, said the opposition lacks vision and has no plans to build on the progress Kenya has achieved.

“If they had a plan they would not be engaging in insults,” said the President, as he made it clear that the opposition should know that it cannot intimidate anyone with the constant threats of chaos.

The President said Raila should know that Matiang’i is in charge of the country’s security.

He said the opposition was engaging in divisive politics instead of presenting an agenda that can bring progress and unity.

“They come with different messages designed to incite Kenyans. When they come to Kisii they tell you a message to incite you, when they go to another place they say some communities should be moved,” said the President.