Noti Flow and Prezzo’s relationship is hard to grasp, one minute they are BFF the next they are enemies. The female rapper has now stepped forth to defend Prezzo against critics who claim he gave her a raw deal.

Late August Noti Flow was at loggerheads with Prezzo after he stood her up in her new video shoot. The lass claimed Prezzo caused her a big loss after he failed to appear in her video shoot for her song ‘Kamatia’. Noti Flow and Prezzo ironed out their differences and even dropped a new song together – ‘Tupendane’.  The song conveys a message of peace to Kenyans at this time when deep ethnic division threaten to tear the country apart.

Some people claim Prezzo gave Noti Flow a raw deal in their collaboration. Apparently Prezzo has not shared the video on his social media pages when Noti Flow is doing all the donkey work.

Noti Flow however defends Prezzo claiming that the rapper and her were still tight. She explains that Prezzo lost his phone that’s why he’s unable to share their video. 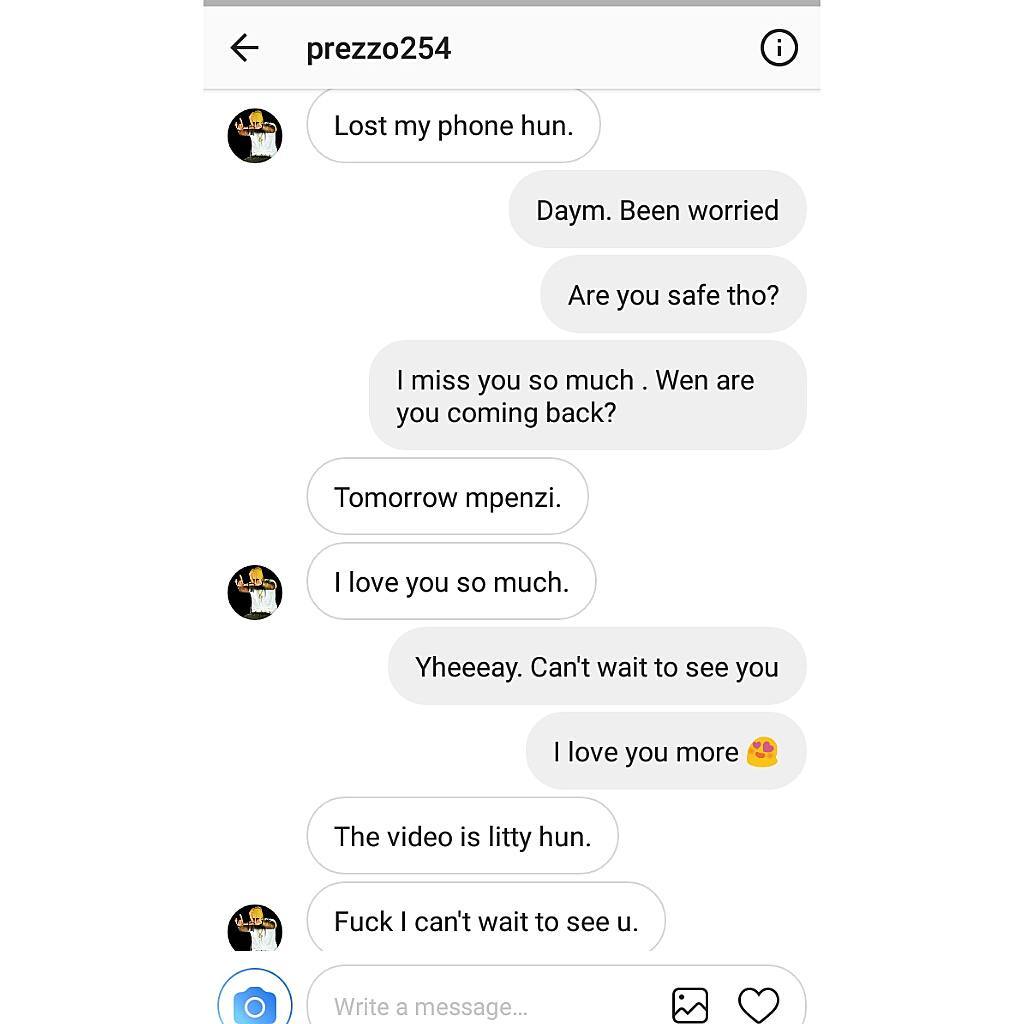 “#peopletalktoomuch ? Well, there u hv it. Prezz n I are tight n the reason he hasn’t shared the video yet is coz he lost his phone just a day ago. He’s out of the country chasin ? . I mean come on , the song is barely 2 days old . #kenyans , I can’t believe some of y’all still hv the audacity to hate on such a genuinely patriotic song. It’s the #peace message we wanted / want to deliver. Please , #tupendane kama WaKenya. ❤??Shauri zenu, sisi tunapendana ? Na wenye wivu…” Noti Flow captioned a screenshot of her conversation with Prezzo.

Is it over? Vera Sidika’s boyfriend deletes all her photos from his Instagram page