¨At first I rebelled when I saw him because I had not seen him before¨ Raila Junior opens up about first seeing his father, at the age of 10. 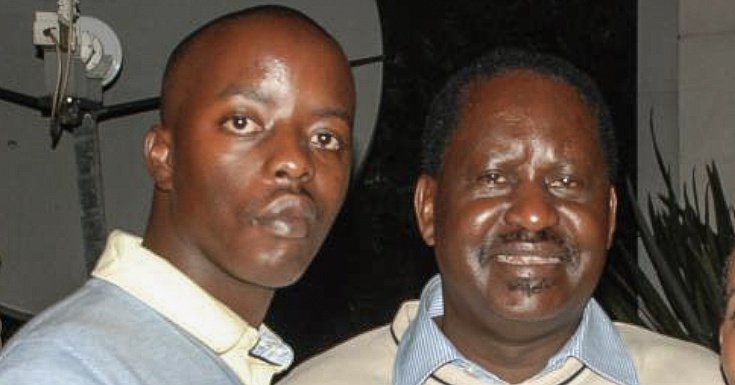 Opposition party leader, Hon. Raila Odinga had his early political career take a toll on his family too.

¨I saw my father for the first time when I was 10 years old.¨ Raila Junior stated.

¨There were many people in my mother´s house. I was still young so I didn´t know what was going on.¨ he proceeds.

¨At first I rebelled when I saw him because I had not seen him before,¨ Raila Junior opened up.

¨I do oppose most things my dad says, not that I don´t love him; but because I have my stand in life.¨

Raila Junior clarified during an interview with Radio Jambo on Tuesday.

It is definite that Raila Odinga and his son, do not seem to be following similar paths career-wise and in their beliefs.

¨But at home, we do talk, encourage each other and share good memories together.¨ Raila Junior added.

The loss of their brother, Fidel Odinga, had such a huge impact on his siblings.

To them, Fidel was their protector and his untimely demise made it a tough road for the family.

Junior is a producer whose high level of professionalism might have made many turn him down for job offers.

The Odinga family has been through quite a number of ups and downs, with the sister, Rosemary, having been on and off hospital.

Raila Junior maintained that he has no political ambitions, rather edged towards the business industry.

He added to the fact that as a family, they played a major role to Raila´s swearing in as the People´s President.