Raila Junior recalls how much of a struggle it was, to have children. 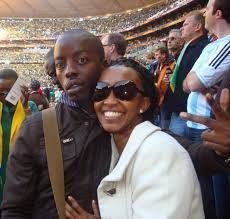 Raila Junior, Opposition party leader, Raila Odinga´s son, shared sentiments on how tough it has been for him and his wife, Yvonne Wambui Kibukosya, to have children.

The couple has been in marriage for close to 10 years now, but it has been a struggle for the two to have a family.

¨We had been married for a long time and we weren´t able to get a child in the very first years¨ the 39-year old recalled.

Up and close in a radio interview with Radio Jambo´s Massawe Jappani, Raila Junior expressed how frustrating it had been for the two, trying to have children but to no avail.

All brought about by pressure from their relatives and friends.

¨Yvonne and I were so okay not being able to conceive for those years but the frustrations became unbearable because of pressure from outside.¨

¨I also tried so hard not to subject Yvonne under more pressure because of the situation.¨

¨We struggled for a very long time, for about four, five years, and eventually God blessed us with our firstborn, a son¨ Raila Junior added.

However, after a whooping five years, the two were blessed with a first son.

We are all aware that Raila Junior has been one person known for his steadfast action towards the legalization of bhang in Kenya, probably a campaign that most parents would not advocate for.

He however confirmed and articulated ¨I still stand by that¨, in reference to his campaign.

¨The legalization I´m championing is for its medical use like fighting cancer¨ he goes further to clear the air on the issue.

Raila Junior went ahead to give an example of honorable MP Ken Okoth who is currently suffering from cancer and who bhang would help ease the pain.

¨I suffer from a medical condition. It was a non-cancerous tumor that was in my brain that affected my nerve system since I was young way back in 1985.¨ he recalled. 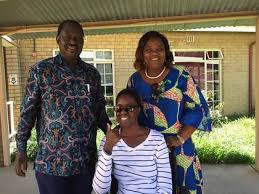 He was also thankful and glad that his sister, Rosemary Odinga, is also on the path to recovery, after undergoing an operation to remove a brain tumor, thus, partially losing her eyesight.