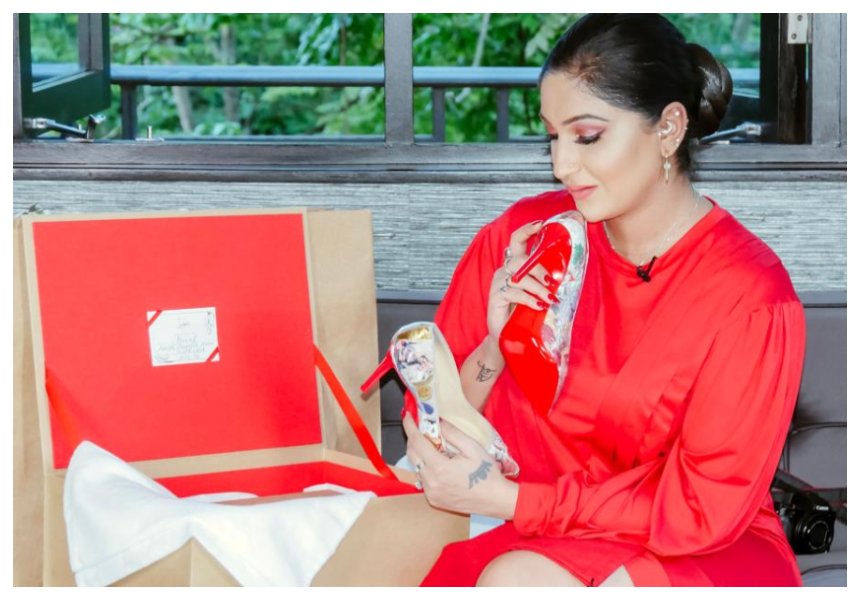 One of Kenya’s most high-flying fashion icons and Youtubers has just kicked off the year with a fashion of her own- literally.

Sonal Maherali, a fashionista who owns pretty much all the designer shoes and clothes and bags in the World, just got herself the-only-of-its-kind in the world shoe from the most decorated and reputable fashion icons in the World – Christian Louboutin himself. 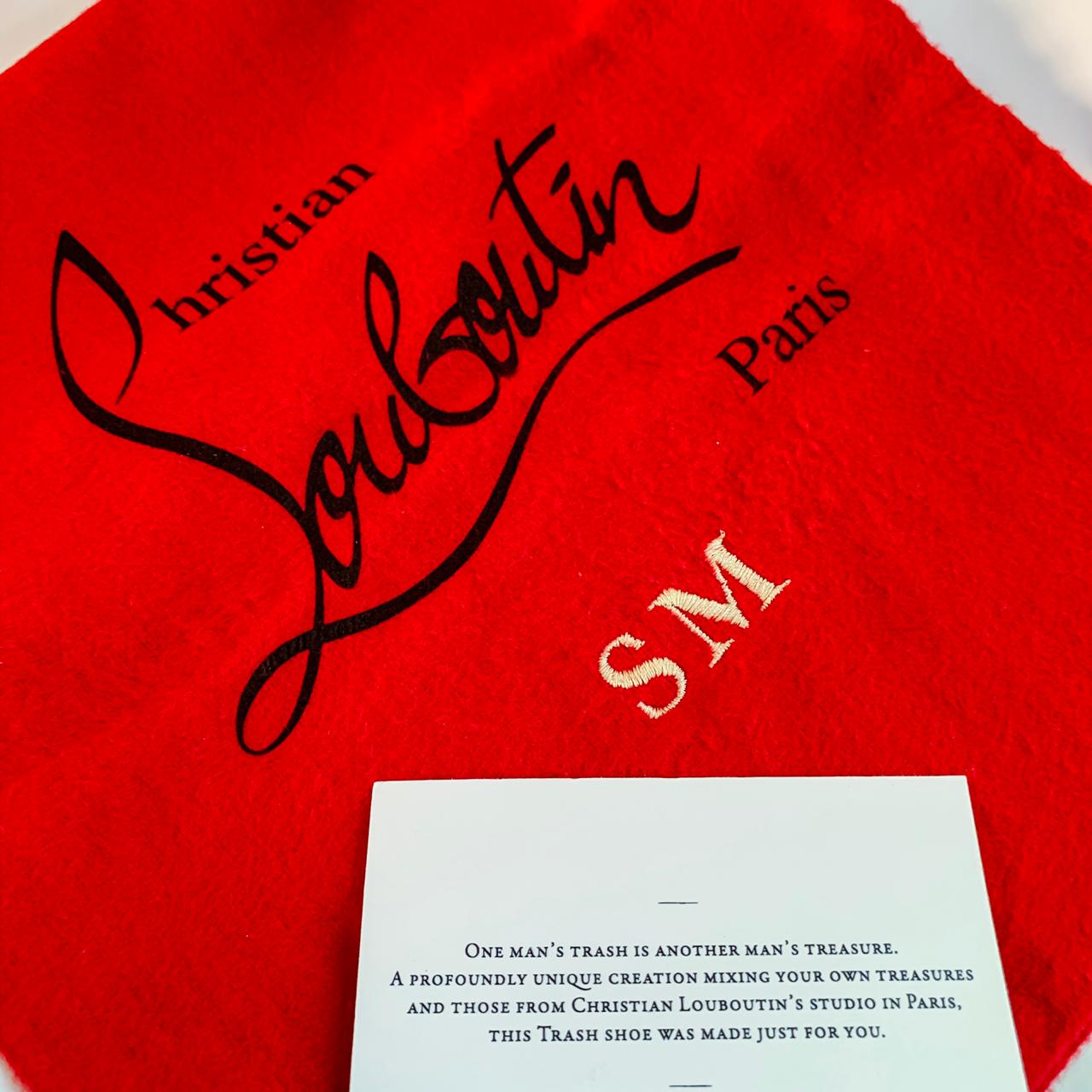 Louboutin, the French fashion designer whose signature high-end stiletto footwear incorporates shiny, red-lacquered soles, just designed a special shoe specifically made for Sonal Maherali, and with a touch so special, so unique, you will be baffled. The shoe was nicknamed ‘Trash Shoe’- (or Trash Pigalle if you speak fashionese) owing to the nature of how it came about and what was involved in its intricate production. 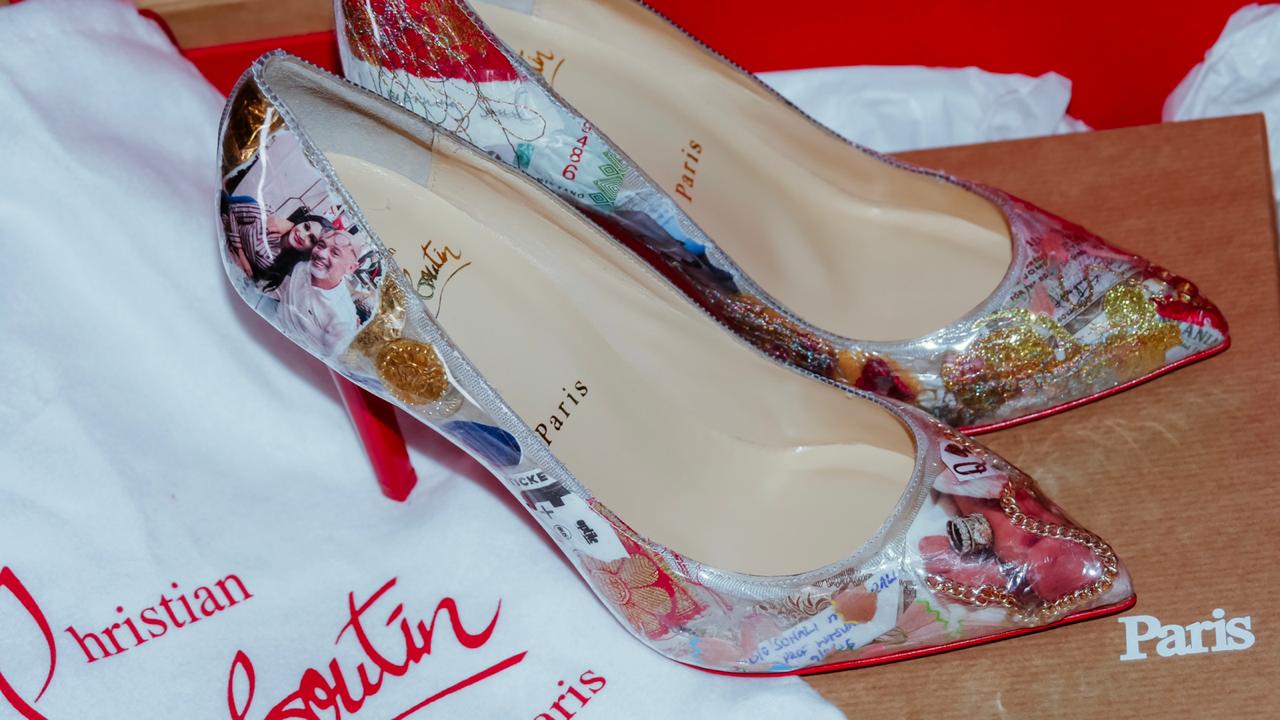 Made in Paris, France , the red-bottomed heel was made using a stash of special items that Sonal had specifically sent to the designer. 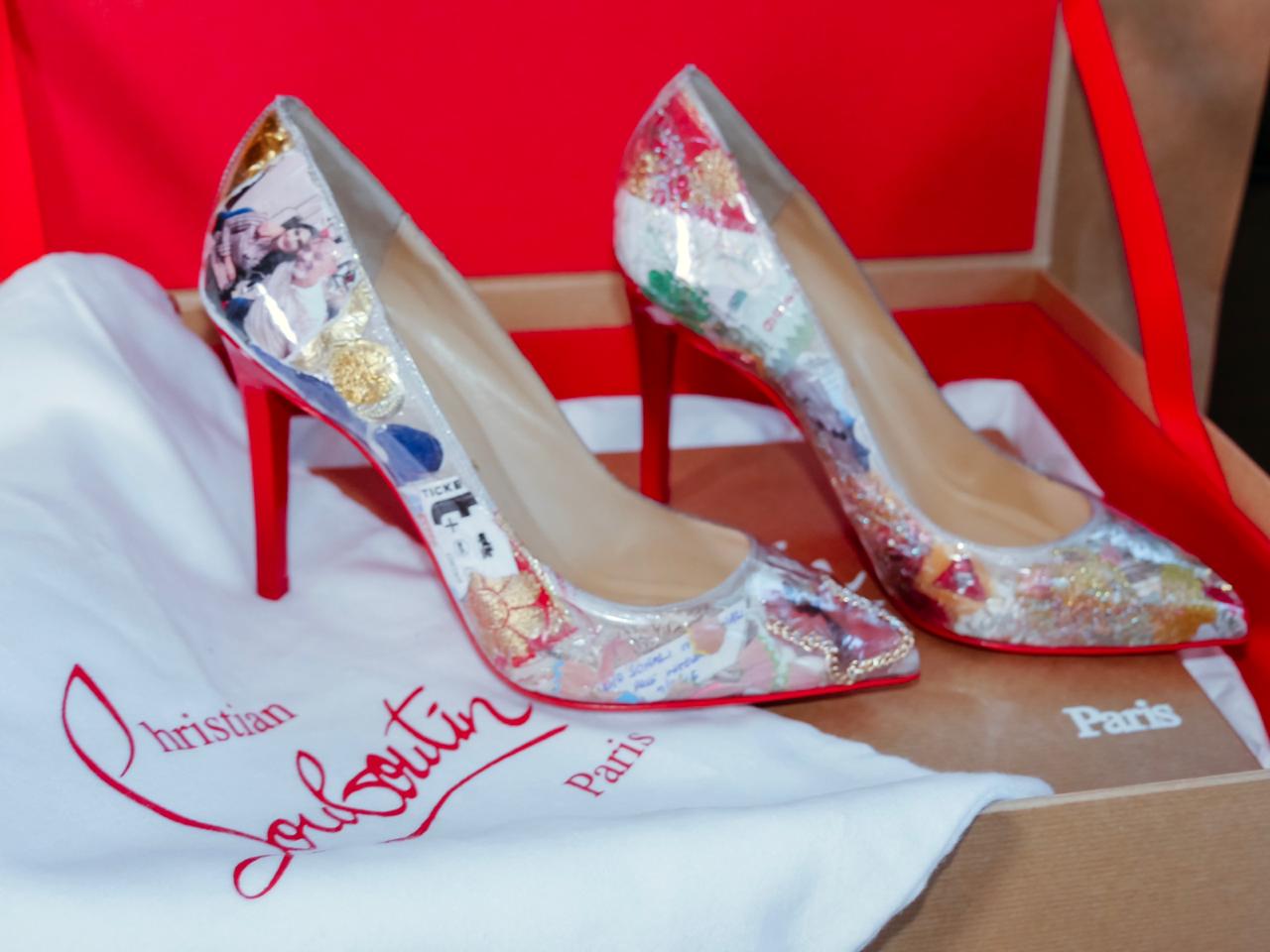 “All the things used in the shoe had a special meaning to me, like strings, love notes from my husband, my dad’s old currency , my mum’s outfit, my kids’ drawings, my son’s tie, my daughter’s birth wristbands, and a lot more…” Sonal wrote on Instagram. The shoe’s production took several months as workers at the prestigious Christian Louboutin factory toiled day and night to craft what can be perfectly termed as a magnificent footwear masterpiece. 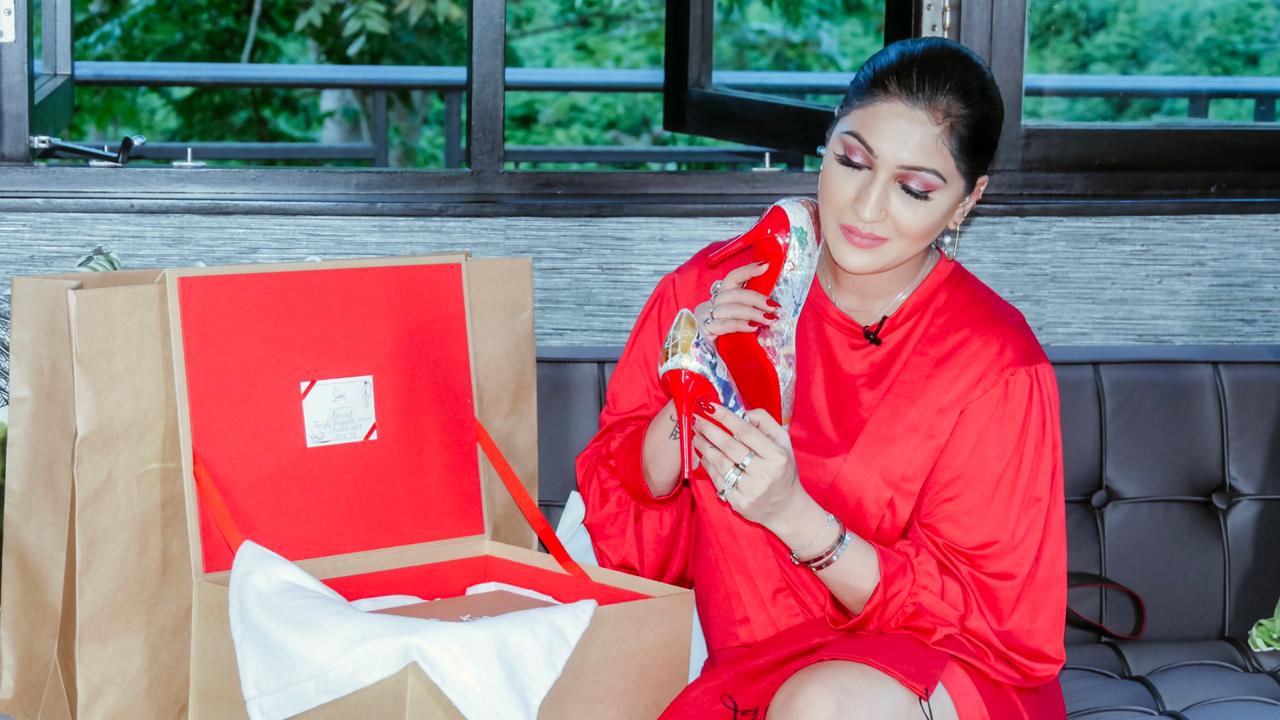 Like the masterful creator he is, Mr Louboutin further added his own touch with a card on it and Sonal’s necklace…aptly naming her the Queen of Spades. 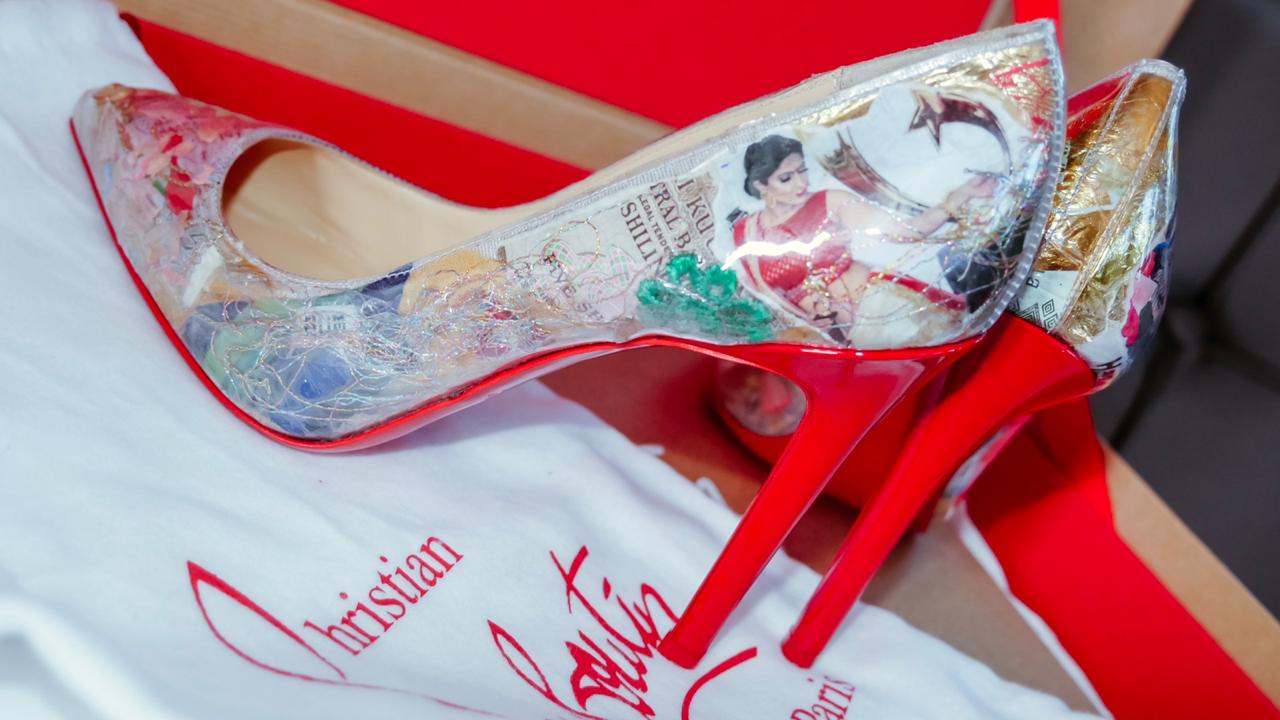 Actually, the rare shoe has a name- Trash Pigalle- featuring an ethereal pastel design using the different items that Sonal sent. And looking at it, its literally everything you would expect from a man of Louboutin’s esteemed stature ; glossy, fabulous, jaw-dropping, sheeny, ostentatious and dripping like pure money. The special shoe cements Sonal as the the ultimate Shoe queen and is a recognition for her undying love and devotion to luxury shoes and especially Louboutins which even saw her get a Louboutin tattoo on her ankle.