Ringtone has taken a swipe at Bahati and Willy Paul claiming the two haven’t made any wealth because they are masquerading as gospel artists while in reality they are just secular singers.

The “Tenda Wema” hit maker claimed he was the richest gospel artiste in Kenya because he was truly walking in the path of the Lord.

“I do not sing to eat. No, God has blessed me abundantly with business ventures that support my living standards and for that reason, I can tell off anyone without fear or favour because I have my own money. Maybe you don’t know it, but I am probably the richest gospel artiste in Kenya. Some of these small boys you see misbehaving in the name of the Lord are on their way to making music. They have made no wealth whereas, I have made both music and wealth,” Ringtone told the Nairobian. The flamboyant singer encouraged Willy Paul and Bahati to walk in the path of the Lord so that they could become rich like him.

Ringtone said Bahati and Willy Paul will only own houses in Karen and Runda once they ditch their camouflage and stop singing secular songs. “I made my money by working for the Lord with honour and humility. That is what I keep telling Willy Paul; that the day they will start walking on the path of the Lord by first ceasing to sing music that is on the fence, the day they will be born of God, that is the day you will hear that Bahati owns a house in Runda and Willy Paul owns a mansion in Karen. As long as they keep the current trend, they will come across as big names in the local gospel industry, but continue living along Mombasa Road and Eastlands, sijui huko ni wapi!” Ringtone quipped.

Ringtone sentiments could be easily provoke laughter considering only four months ago he was kicked out of a seven bedroom mansion in Karen that he had been leasing.

According to a termination of lease letter addressed to the singer by lawyers acting on behalf of the property landlord, Ringtone was thrown out after he defaulted rent payment for two months, the rent was Kes 200,000 per month. 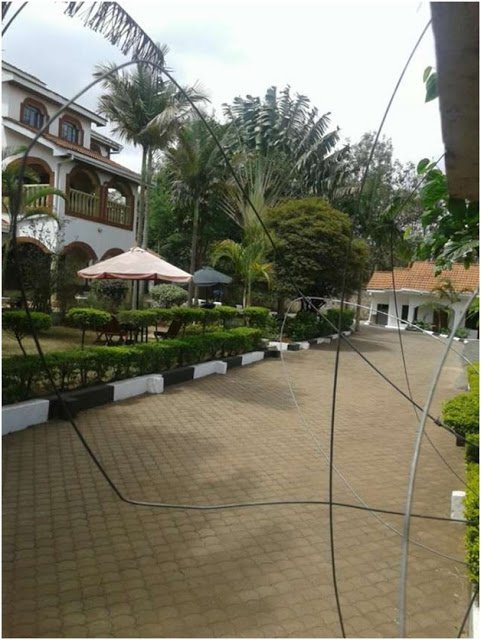