Ringtone, a shameless gospel singer who does not deserve an ounce of respect 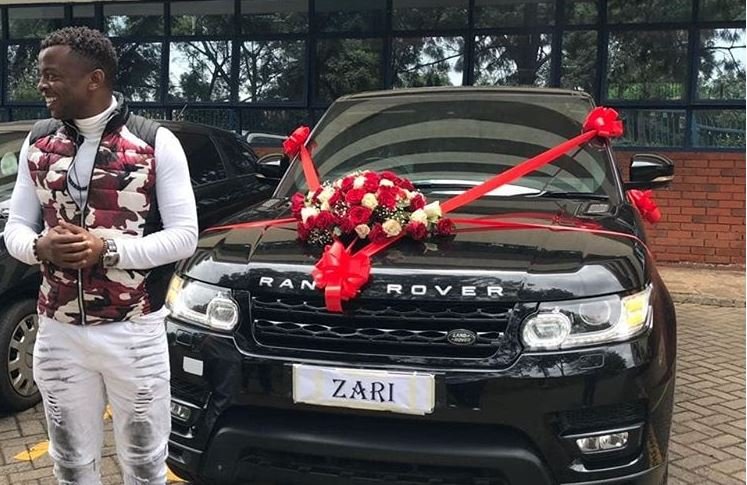 If at all there’s any Kenyan singer that I regard with disdain then it’s Alex Apoko, alias Ringtone.

Why, you ask? Well, it’s hard to have high regard for someone when they don’t even respect themselves. A male celebrity who is in the habit of poking his nose into people’s affairs is almost unheard of in this day and age.

About a fortnight ago, when DK Kwenye Beat and Hopekid were the talk of the town for infecting a 20-year-old girl with a deadly Sexually Transmitted Disease (STD), Ringtone secured interviews at local TV and radio stations to give a ‘first-hand account’ of what happened.

Apart from landing a slot on Radio Citizen’s Mambo Mseto, Ringtone was also on The Chipukeezy Show, which airs on Ebru TV, to shed more light on the scandal that shook the gospel industry.

Imagine securing an interview on national TV to talk about other people’s affairs instead of promoting your craft. This goes to show that Kenyan musicians are ready to stoop to any level to get some attention.

From his narration, you would be tempted to think that Ringtone was with Hopekid and DK Kwenye Beat when things went down. But he wasn’t. It was all hearsay. He was probably in studio recording another horrible song.

Surprisingly, Ringtone was also aware what caused the fallout between Bahati and Mr. Seed. According to him, the long time friends do not see eye to eye because Diana Marua called the cops on Mr. Seed’s pregnant girlfriend. Even if she did, how is it his business?

But he didn’t stop there, he even used his social media accounts to give Kenyans the latest 411 on the two scandals never mind the fact that none of them involved him.

At this point, I feel we should join hands and ask Groove Awards to introduce a “Gossiper of the Year” category. That way, our boy won’t go home empty handed as he has been in the last few years.

Funnily, Ringtone, who happens to be one of the most controversial gospel artists in Kenya, never talks about his misdemeanors. Like that time when he allegedly impregnated a 22-year-old girl, or that time when he was kicked out for failing to pay rent or how he collided with authorities to evict some mzungu woman from her Karen home.

Ringtone, if you are reading this, please talk about your scandals with the same energy.