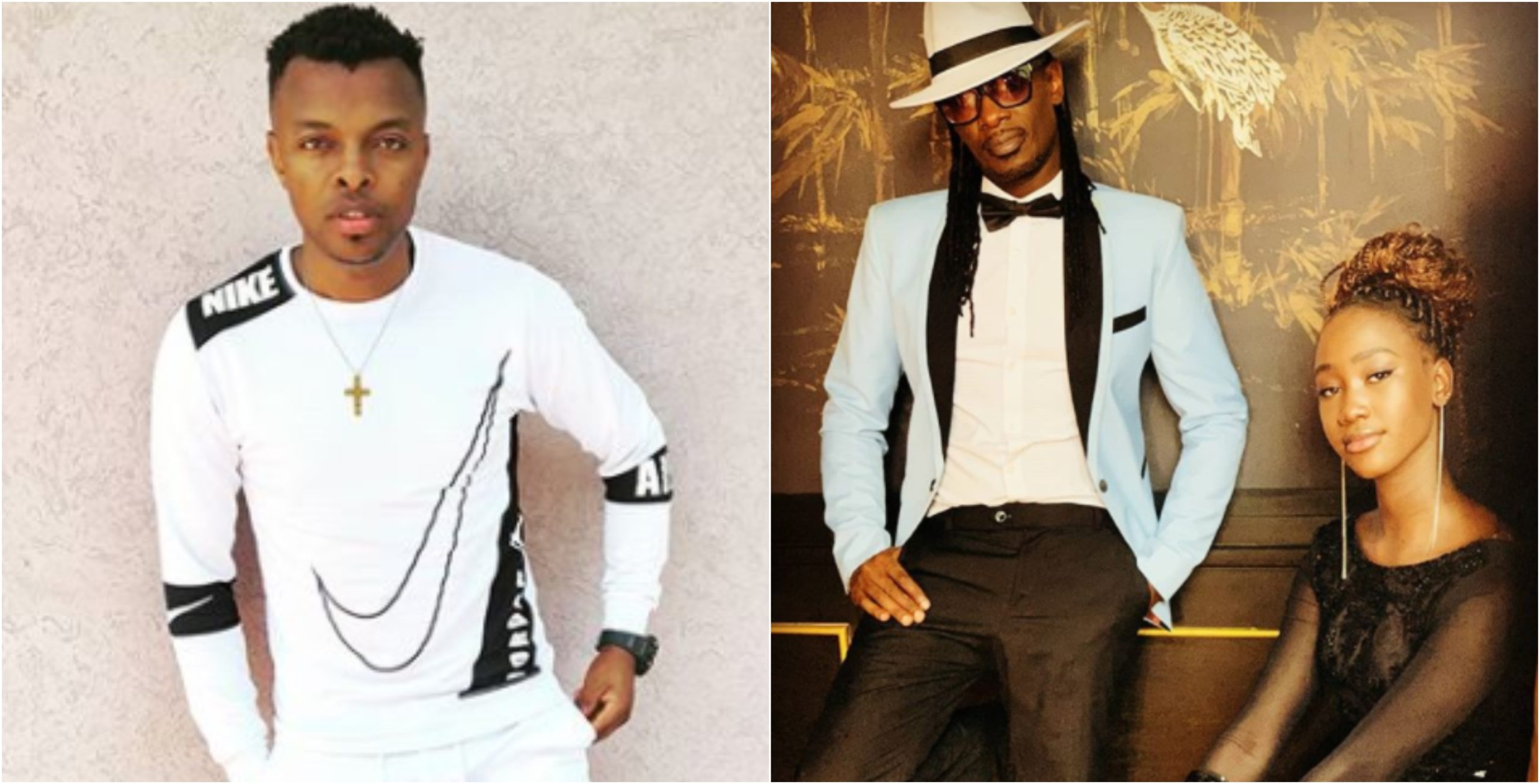 Controversial artist Ringtone Apoko has not been spared after publicly drooling over Nameless’ teen daughter, Tumiso.

Known for his string of controversies and mixed up love life, Ringtone has been asked to tread carefully after attracting Nameless’ wrath.

Apoko has out of the blues decided to celebrate Tumiso Mathenge in a cryptic post, alongside a breathtaking photo of the beauty with her fierce dad.

“My friends Nameless and Wahu, your daughter Tumiso is very beautiful. I had not seen her before,” Apoko penned. 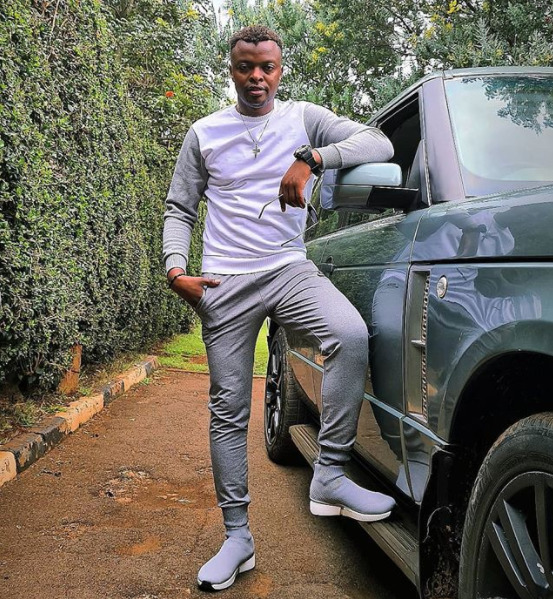 Further admitting Tumiso will make a good wife, just like her mom, Wahu.

“We are watching and praying for her,” he wrapped up. 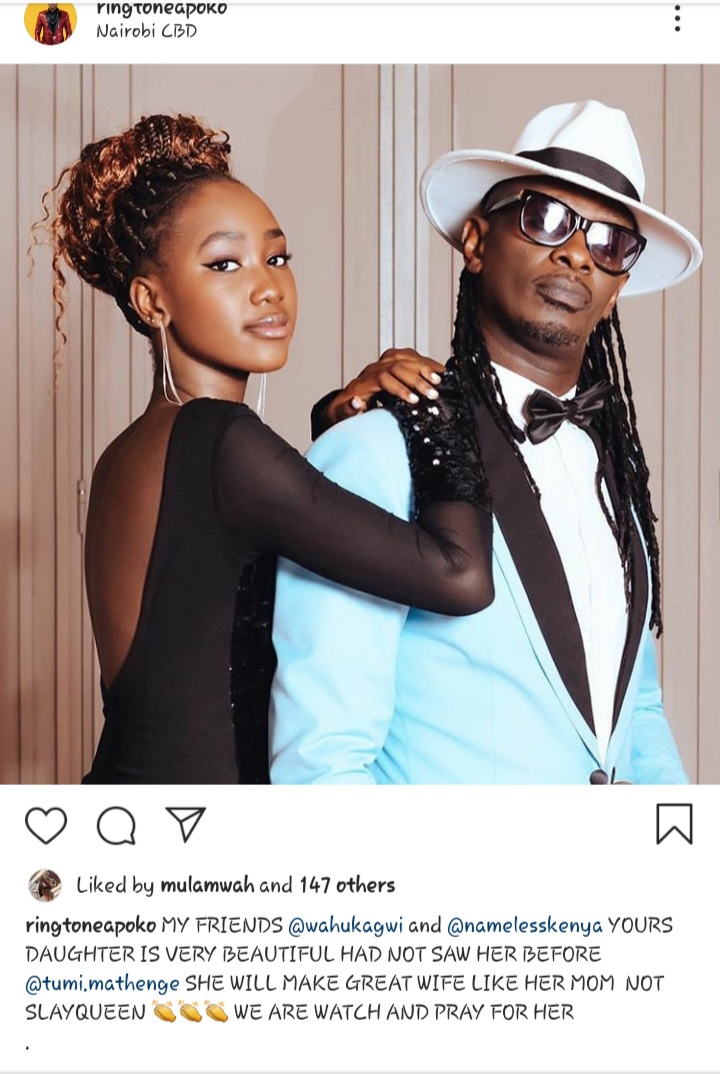 A post that left a bitter taste among his followers, questioning his sanity.

He however later edited his caption. Probably after receiving a warning from the music power couple, who felt Ringtone had crossed his boundaries. 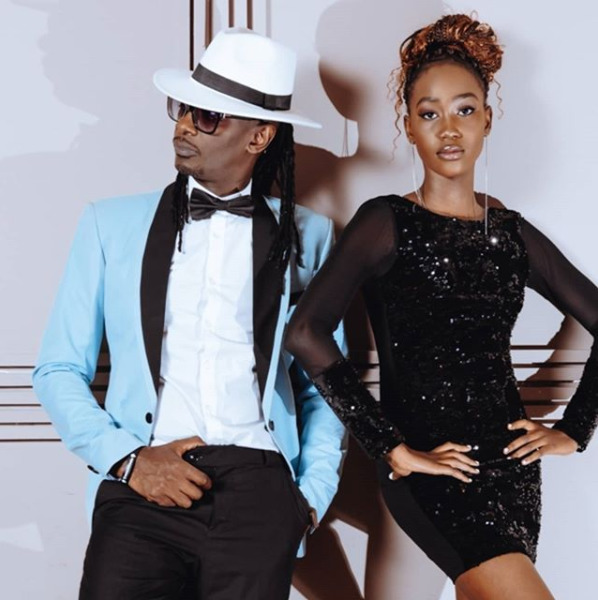 Not so long ago, did Wahu Kagwi open up on being sexually molested aged 9. By her male cousin who waited for her mom to go to the shamba and soon after abused the singer.

Wahu came out to caution parents of young children and teenagers to keep especially, their girls under close watch and never to trust relatives with their daughters.

Clearly, Ringtone’s post did not sit well with Wahu who knows how it feels to have her girls intruded into. 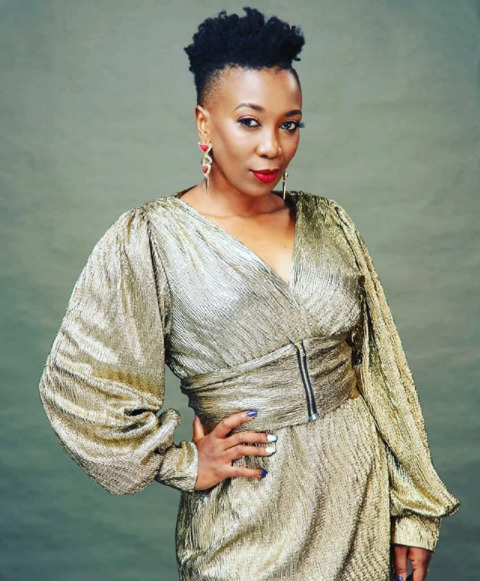 Well, has been warned.