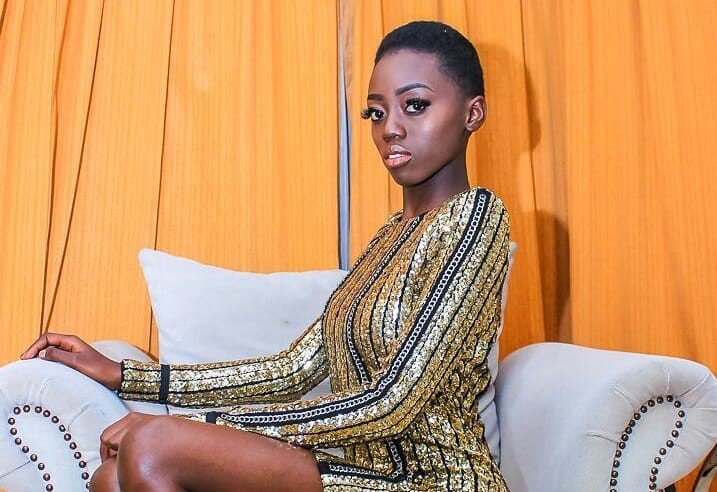 Akothee´s model of a daughter, Rue Baby speaks about her dating preference but definitely not light complexion.

The lass queries fans what kind of man they would suggest she goes dating with even asking them to link her up with one they think she would like. 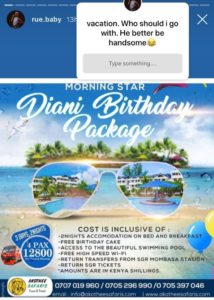 Having made global achievements and won couple of awards, the petite model is into chums and is now doing vacay.

Up on her Insta stories, she queries:

Vacation. Who should I go with. He better be handsome😂

We are yet to know Rue baby for a dating life, that is if she has any stories about her dating life in the first place.

Well, who are fans to ask about your personal life? She got offers from Otile Brown to J Blessing to Juma Jux to Eric Omondi to Sean Andrew to comedian Kartello and many more. 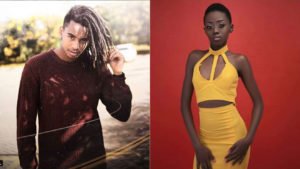 First, she turned down Otile´s offer saying she is not for light skin and neither does she desire to be anyone´s side chick. 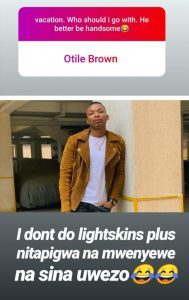 Speaking about her preference for dark-skinned guys did not however augur well with some of her fans.

Additionally citing that she loves her coffee black.

A fan felt this was being disrespectful and stereotypical expressing:

You don´t do light skins?, wow!, that is so disrespectful and stereotypic,

does that mean we are like disabled or something smh!,

this statement just turned me the f* doooown!,

and to think I actually thought you were some sort of inspo.👎👎 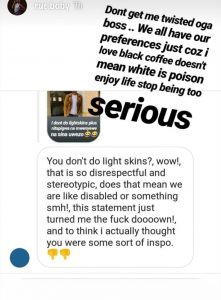 Secondly, Kartello´s offer was okay for Rue but communication between the two would pose a major challenge. 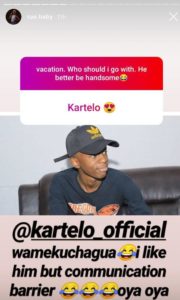 Kartello is a popular comedian whose prowess in sheng has earned him love from many and mostly known for his introductory signature ¨Oya Oya Oya Oya.¨

Having grown in Kayole, his sheng is top notch, doing a mix of several languages and pretty difficult to understand what he is actually saying.

Something that might have resulted to Rue´s dislike for the match.

Take a look at the Kayole-bred up-coming comedian.

Despite fact that many went for the opposite sex, some ladies on the contrary felt that it would be a nice ¨girls´ only¨ vacay.

Unfortunately, with the current age and time, anyone would spring up the idea that she might be lesbian therefore cutting off any girl´s offers to vacay with. 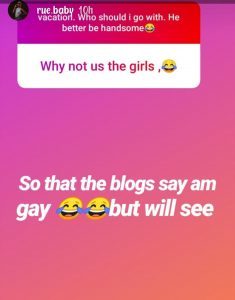