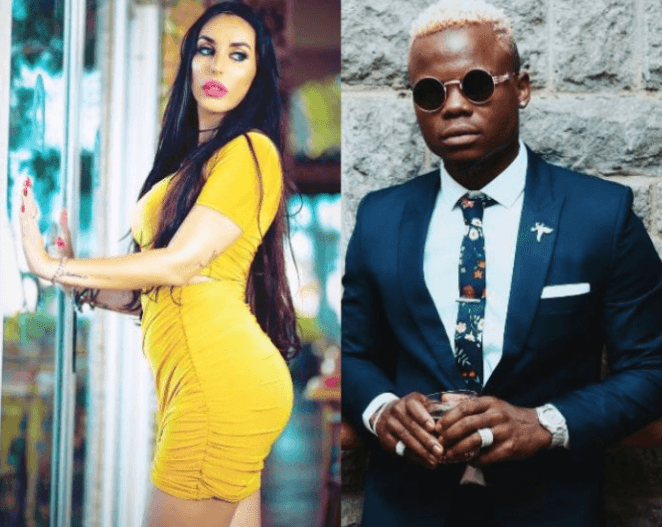 Harmonize and his Italian fiancée, Sarah Michelotti were embroiled in a dispute last week over claims of infidelity.

Sarah went viciously banging on video vixen, Nicole Joyce Berry’s gate, demanding to have a one-on-one confrontation with the vixen if indeed she claimed to be the woman she is.

Nicole Berry was allegedly warming Konde Boy’s bed during their ‘Bedroom’ song video shoot, leaving Sarah in the cold of the night at his house. 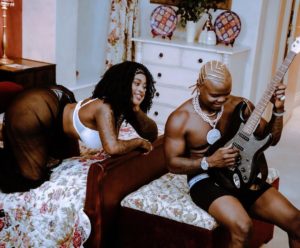 However, seems the storm is calm and possible breakup rumors dispelled after Sarah’s enchanting message to the Tanzanian star.

On her Instagram, she shared a photo of the artist during a previous performance on stage, captioning:

The most expensive husband of my ❤❤ Always on point baby 👌@harmonize_tz

Even so, the two still don’t follow each other on social media, raising questions on what exactly might be going down.

Surprisingly, sharing on her Instastories, the Caucasian damsel still sang along to Harmonize’s viral ‘Bedroom’ song that had caused all the controversy.

Previously, Harmonize had told Nicole that she was indeed lucky he is a married man, forcing him to keep his distance, otherwise…

The video vixen expressed her disappointment on how unbothered they were, despite her efforts to get their attention. 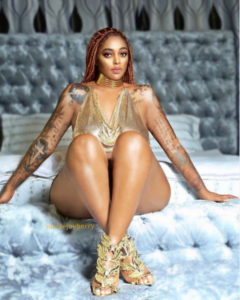 Nicole was keen to remind women that a man’s love can never be bought.

𝗻𝘂𝗺𝗯𝗲𝗿 𝟮 Be Your Man’s Peace, otherwise He will Go & Find 𝗽𝗲𝗮𝗰𝗲 somewhere Else!!!!! and please refer to “ Proverbs 14:1 “
“am still enjoying Bedroom song lyrics in my bedroom, 😏😏”