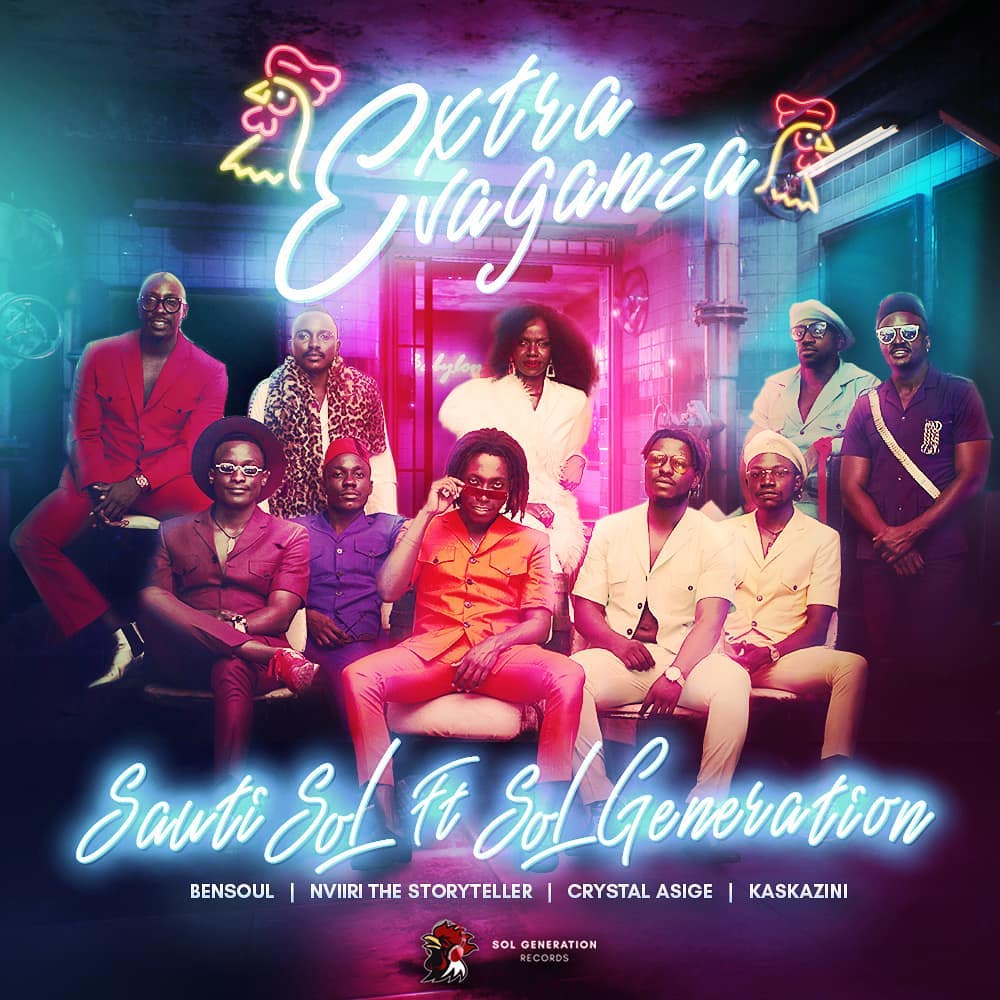 Sauti Sol is an award-winning afro pop group in Kenya that has hoisted the Kenyan flag high when it comes to great music.Today, they have released a huge banger dubbed Extravanganza.

In the song they feature big artists including Ben Soul, Sauti Sol, Nvrii the storyteller, Crystal Asige and Kaskazini.

The jam has the Rhumba vibe in it not forgetting the lesson filled lines that give you every reason to put it on repeat.

From the release the song sends the taunt of being the best song this year. 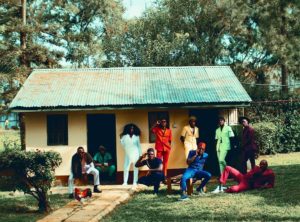 Clearly it is a feel good song despite having scenes that seem too crowded.But still the message about confidence is rather clear.

The lyrics in the song are well put trying to emphasize on how being at the top is an uphill task thus have to work extra harder to maintain the kings title.

The lyrical prowess depicted in Extravaganza  tells you the effort put in making of this jam.

Largely  it is influenced by Afro, Soul and  a bit of Funk.

Further the song calls out several vices like theft, which the say has its consequences and very brutal.

Another is calling out on married couples to be faithful to each other.

‘……bibi ya wenyewe is a no go zone, kabla ukute vitu piga protection…..” You have been warned.

Extravaganza is all about fun.

The Sol Generation  label has been on the good side of helping other artists grow.

With the  likes of Bensol, Nviiri the storyteller and Crystal Asige  you would not want to miss this jam.

Bensol is known to be a good writer and do not forget his musical mastery of art you will surely love his lines in the song.

Nviiri the story teller in his part he did justice to his verse.He is said to have written some songs for this big boy band Sauti Sol. 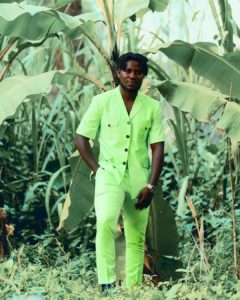 It was about time that he joined the team and put his vocals to use too.

Crystal Asige’s involvement in this project gives you the excitement. 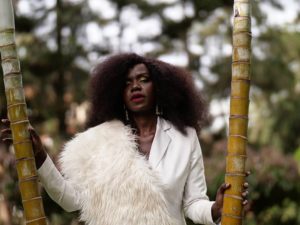 Being a creative art lover you’d think she was the creator of this whole project .In whatever way you just got to love her.

Kaskazini is an urban trio that clearly vibe to jam and putting in their verse also pushes the Extravaganza love.

As you watch the video you realize that the chemistry in the song is what makes it worth your time and effort.

For that the Sol generation production has proven that music is all about team work.

Further, we can  not miss  Fancy Fingers’ dance with the instruments.Classical!

For rating I go for a 9/10.It deserves the attention.Tell us what you think.