“Savara’s brother is a con, a gold digger and a womanizer” Three ladies narrate how Hilary Mudigi milked them dry after making them fall in love with him 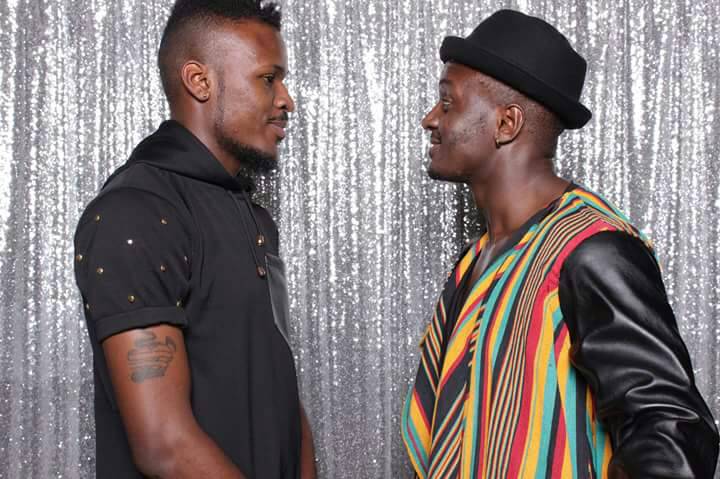 Hilary Mudigi, the brother of Sauti Sol’s Savara Mudigi, has been put on the spot by at least three women who claim he ripped them off.

Ghafla! was contacted by a certain Lynn (real withheld) who was grumbling about being used and conned by Hilary Mudigi. 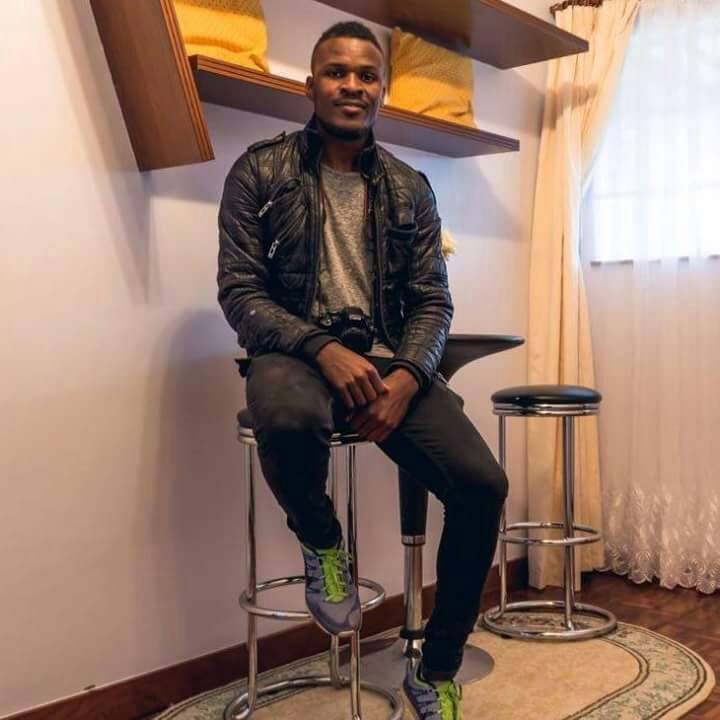 Lynn said that she housed Hilary after he approached her saying that he was in a deep financial crisis – he couldn’t even afford to pay his rent.

Apart from living under the same roof, Lynn also lent Hilary money, she provided Ghafla! with MPesa statement showing how she sent him a sum total of Kes 113,000 over a span of six months, from last year October. She also wired him Kes 20,000 via her Co-op bank account in September 2016. 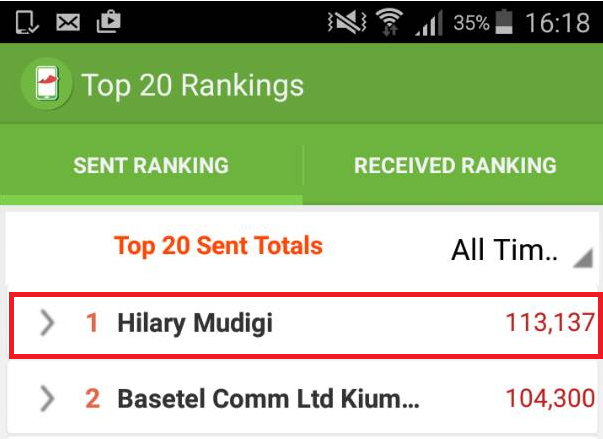 The two lovebirds cohabited together until Lynn realized Hilary was not only draining her money but was also cheating on her with other unsuspecting ladies.

Apparently Hilary was still in a long distance relationship with a certain Ann (second name withheld) who resides in London.

Lynn says she was shocked to discover Hilary was cheating on him with Ann, but upon investigation she discovered Ann was also not aware Hilary was cohabiting with her.

The two ladies put their differences aside and licked their wounds after they realized that Hilary was milking them dry, Ann opened up saying that she used to send Hilary money for all sorts of expenses. She also bought him a camera (apparently Hilary is a photographer) and a laptop.

Both Lynn and Ann say Hilary is a gold digger and a womanizer who toyed with their emotions to swindle cash from them. 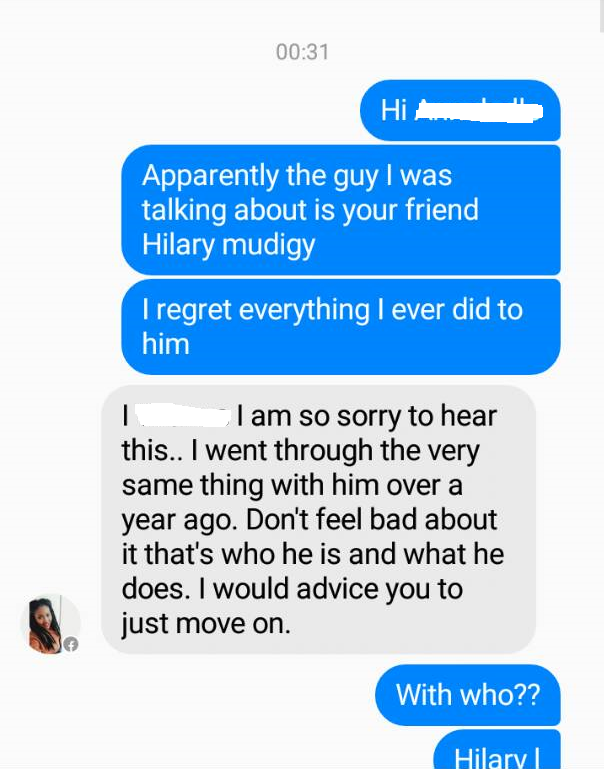 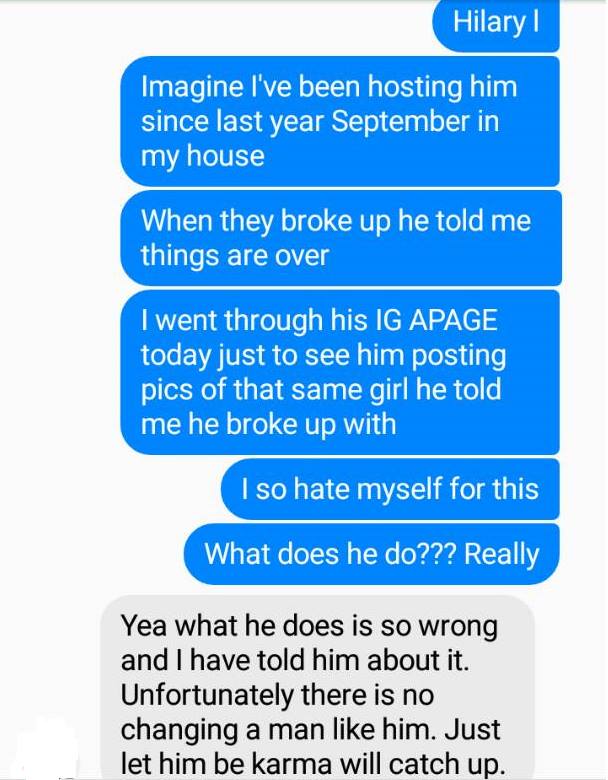 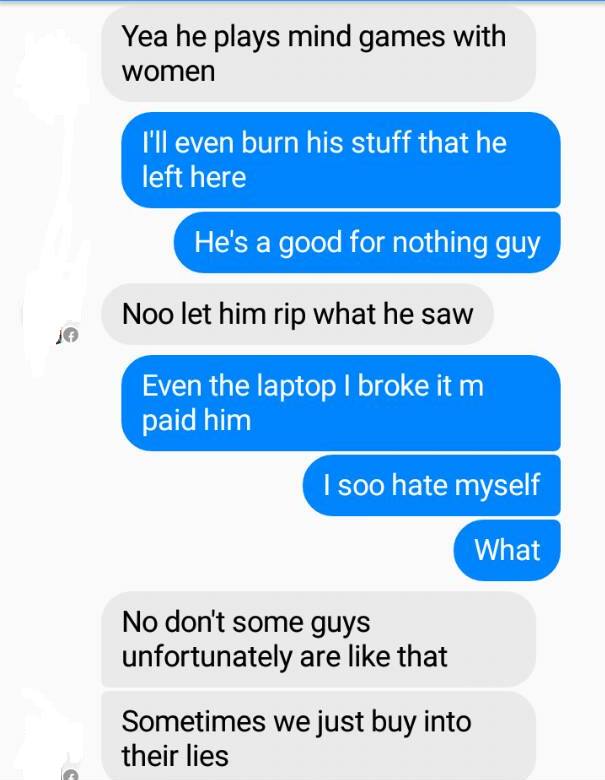 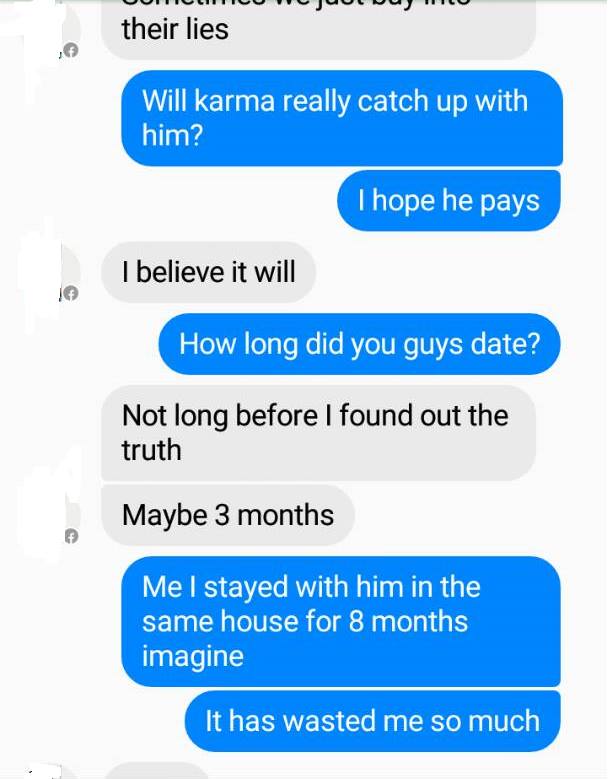 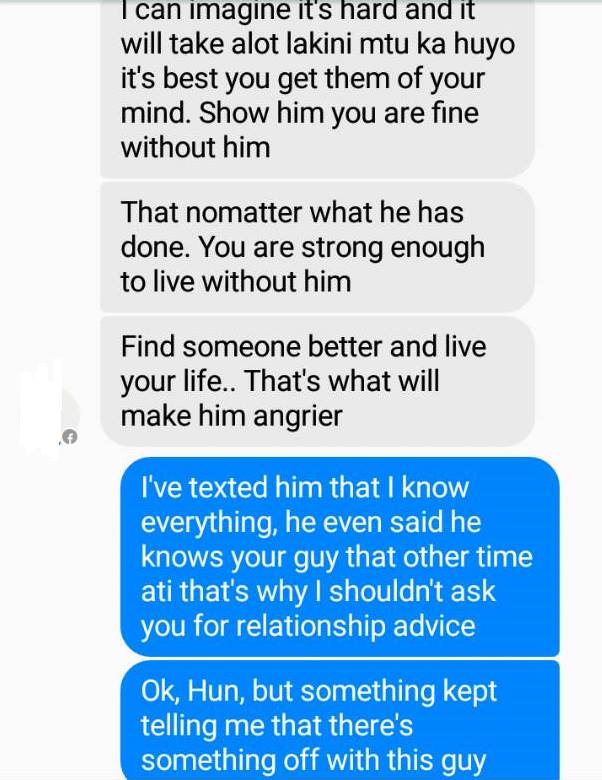 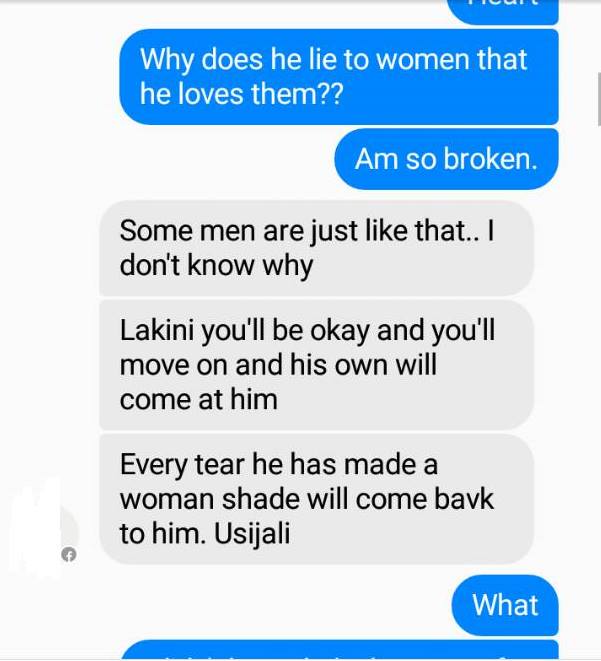 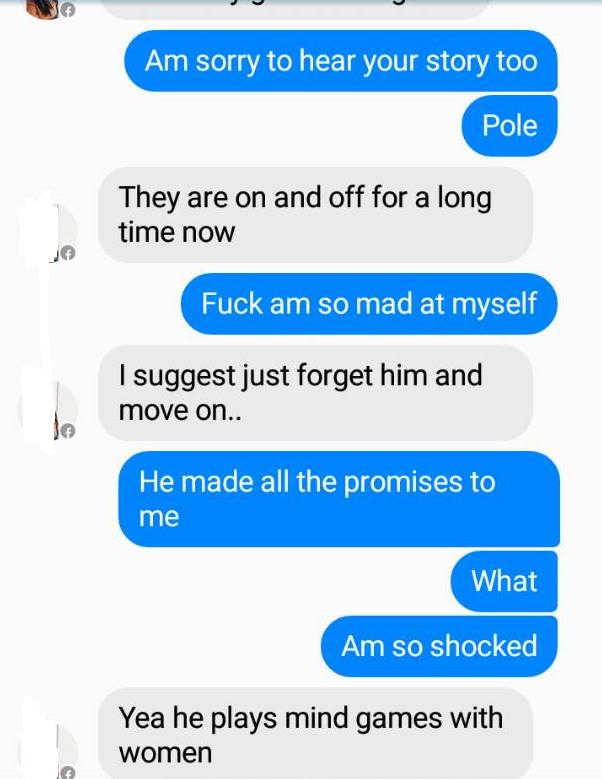 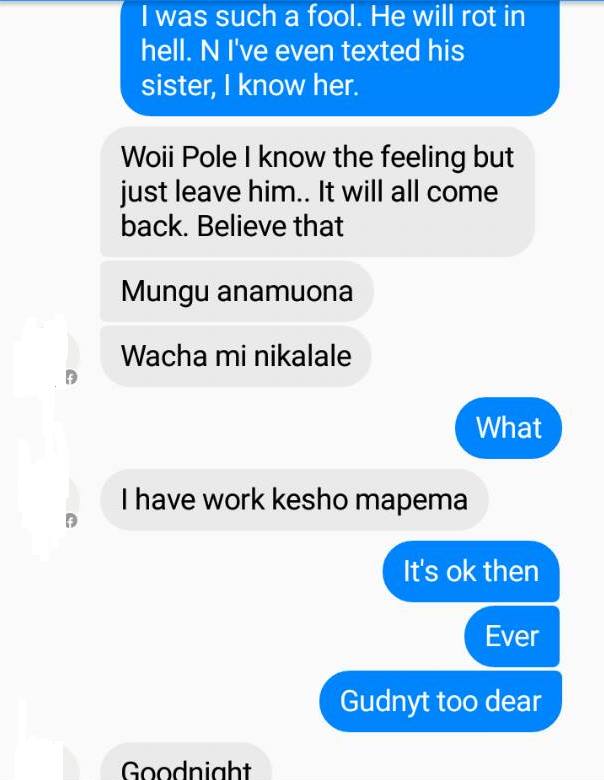 Lynn further told Ghafla! that she kicked Hilary out of her house when she discovered he was a con artist – she says Hilary moved back to his mother’s house in Maringo. 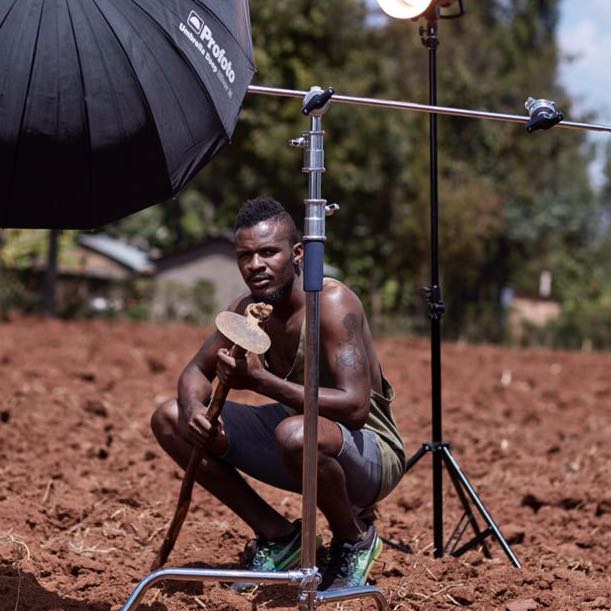 When contacted about the claims by Lynn and Ann, Hilary Mudigi denied everything. He said Lynn’s allegation was just another case of ‘breakup gone wrong’.

He explained he broke up with Lynn because she got back together with Ann. He state that the money Lynn claims he owes her was compensation for breaking his electronic gadgets.

A third woman, who says she was also a victim of Hilary’s scam, told Ghafla! that he likes hanging out around Jamia stalls in the CBD where he meets ladies and woos them into his pouch by bragging about being a brother to Sauti Sol’s Savara Mudigi.