Singer Bahati caught in yet another mess of not paying his car, here is the evidence 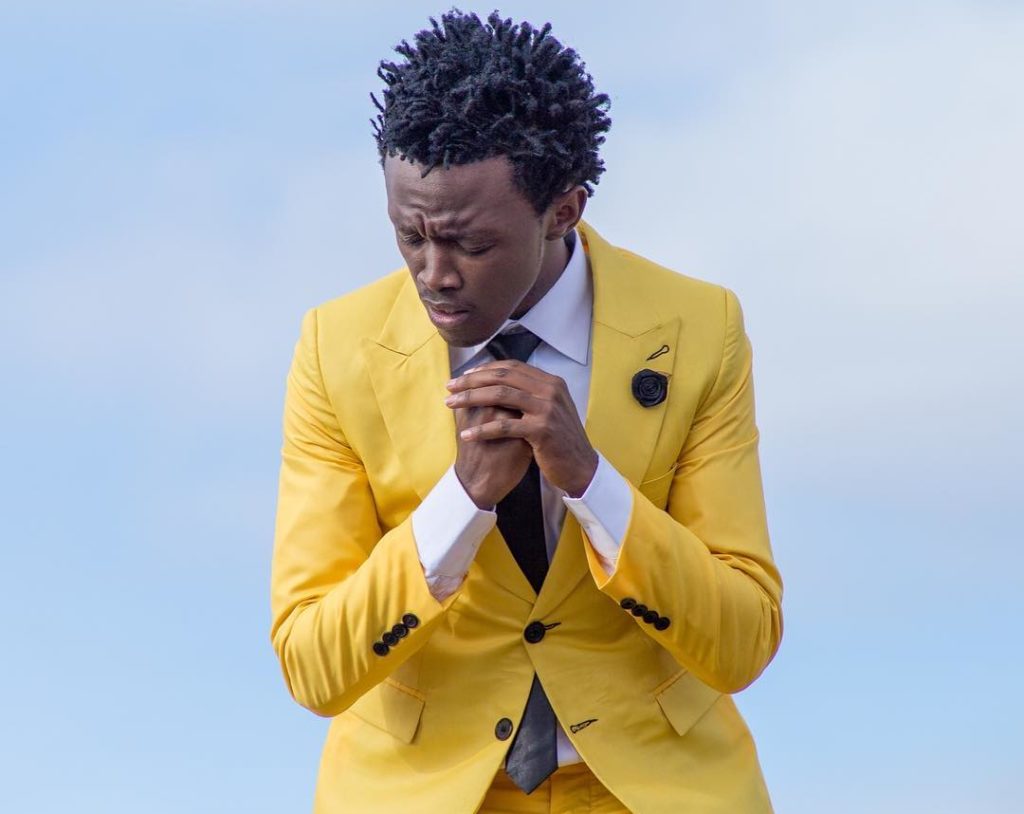 Gospel singer Bahati has lately been having it rough. About two weeks ago a man by the name Benson of came forth to accusing him of conning his Ksh 200,000.

The story did not go far since the singer denied everything. Being a Christian and mtoto wa mama many went with his side of the story which painted the guy as an obsessed fan. 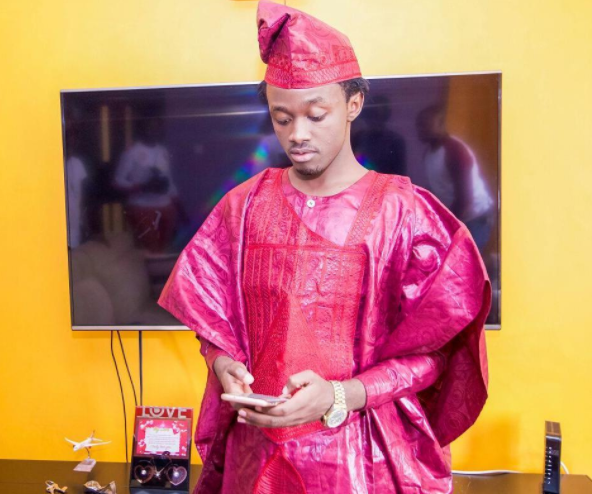 Also read: Bahati responds after being accused of conning his friend Ksh 200,000
However, there is new evidence explaining how true Benson’s story is. Apparently Bahati has now been busted for not paying a car he bought for his EMB records. According to reports, Bahati got a Nissan Caravan from Mr Benson and agreed to pay him in installments. 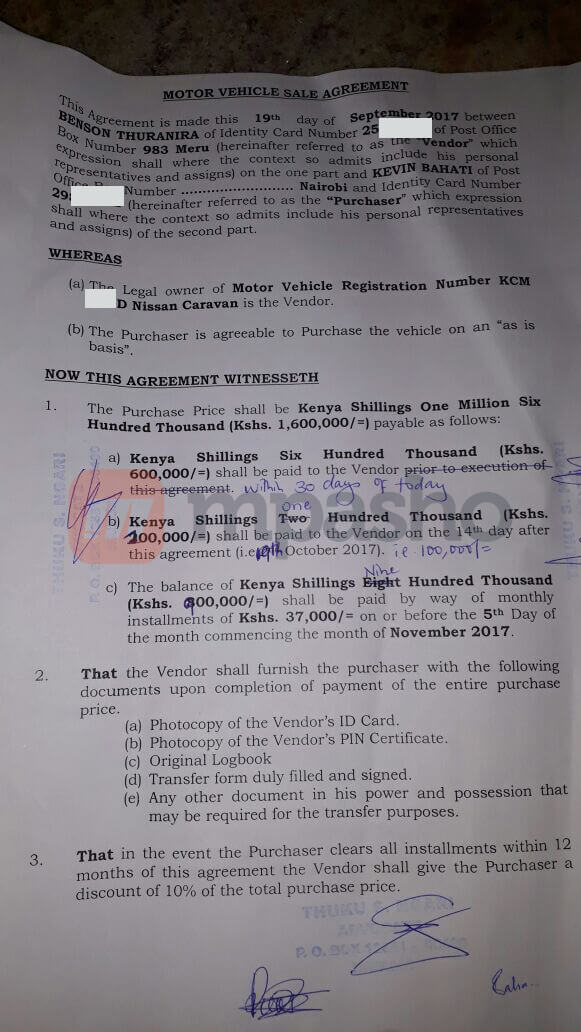 Following the law, the two signed an agreement showing that Bahati was aware that he was to pay 1.6 million for the car. Any late payment would force the singer to pay 500 and from his signature seems like he understood what he was getting himself into. 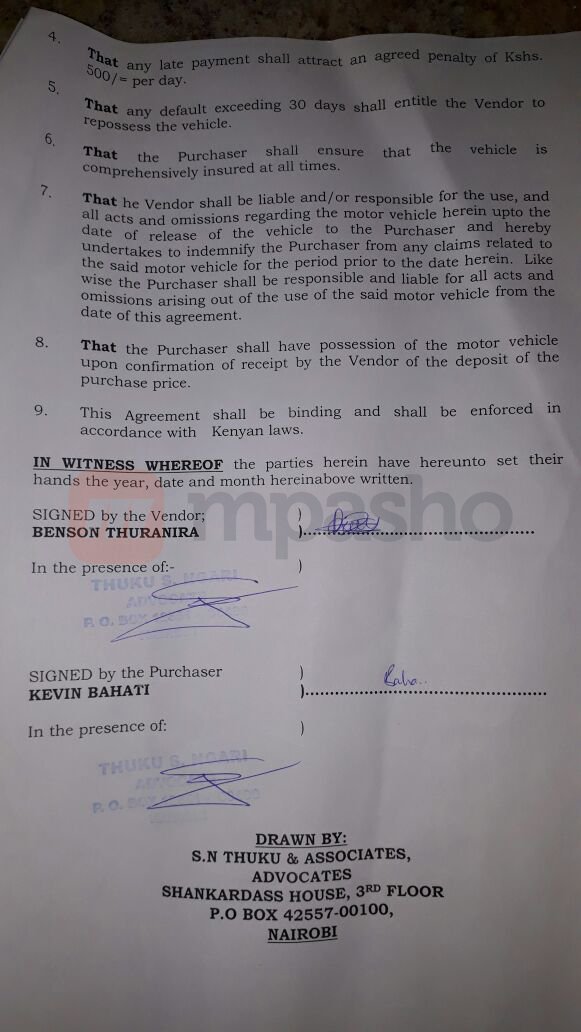 Well,the business deals between the two did not end there. Mr Benson says that the two were to partly own EMB film and production. He then sent Bahati the Ksh 200,000 to cover as rent for the EMB house. 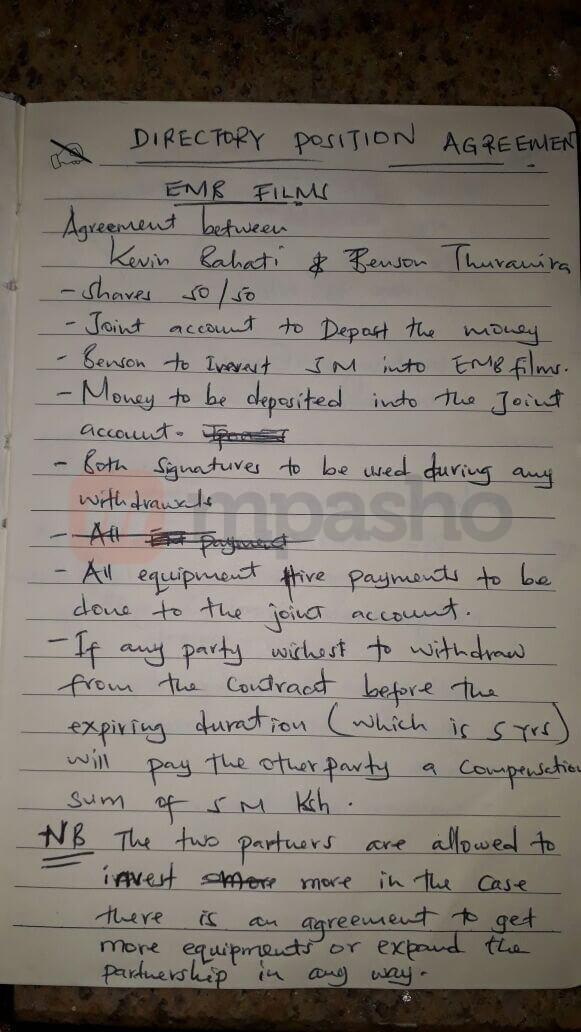 After realizing that EMB was not making any money in return he then reached out to the singer hoping to get the money back. However, things did not work out as he thought. 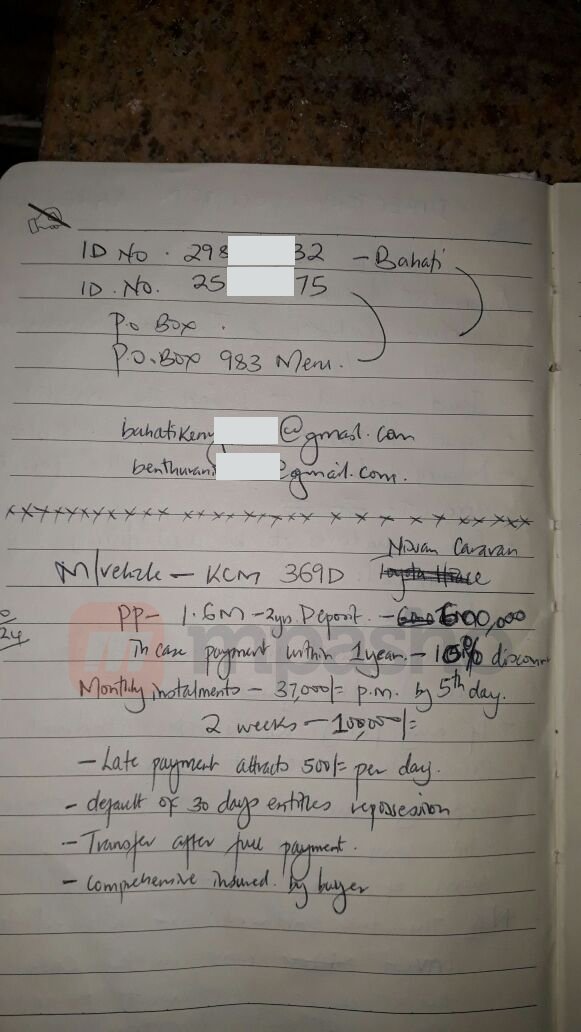 Even after being arrested for fraud, the gospel singer managed to walk out free. He even denies being arrested and his entire team has been protecting his image.