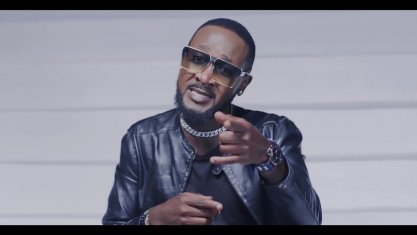 So let me whine “Pon Di Corner” Kendi featuring Redsan. Best Collabo Ever.  This is part of her first album  which is planned for release in October 2019.  This banger just shows how Kendi is talented in singing and composing of songs. This is her third release in 2019. This collaboration is just amazing. The duo has just shown that they can work together for better things. Although the song is so good, it can only be played in a club. It is a jam worth listening too. Redsan is just so great in what he does. 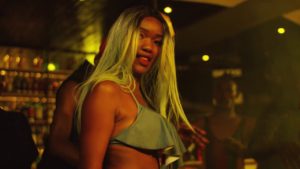 Pon Di Corner was composed and written by Redsan. The audio was produced by Scotch Fingazz Mixed and mastered by Lucas. Also the video was directed and shot by a super director Jordan Hoechlin,  Co-produced and released by Belazzo Entertainment and Don Palazzo.Looking   at the video, it was given the required attention. The set was well designed and costume is in line with the target of the song which seems to be that of a club. Redsan and Kendi just gave the song all the energy required more so with their voices which fit in very well. The beats to the song are so attractive, am sure when you listen to the song you will want to keep dancing. The background identifies with the song. It was shot in a club and the choice of vixens does not dissappoint.

The jam, Pon Di Corner has good artwork. The lyrics are so good and all you wanna do is keep replying the jam. “So let me whine “Pon Di Corner”.  Just look at how the booty goes down, you will love it. This verse being the chorus is done so well  and Kendi brings it out so well. I like the part where Redsan sings in Swahili and English; “Mi napenda unavyo whine on my body girl, mwili wako so natural, wacha nikushow how special you are.” This guy got talent.

Redsan should go on and do more collabos, they seem to be working for him. I give the song a rating of 8/10. This jam is so great from the beats to the voices.

Click on the link below to watch the video.