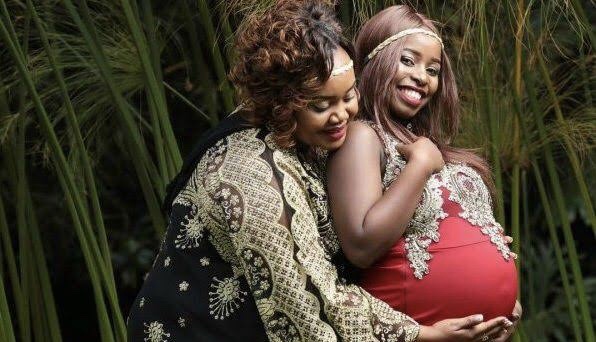 Saumu Mbuvi is having another tough break up with second baby daddy, Lamu Senator Anwar Loitiptip.

Word on the streets is that Mr Anwar already moved on with a slay queen identified as Aeedah Bambi; and problem is Saumu remains bitter as she wasn’t ready to end the relationship – that is judging from her social media posts. 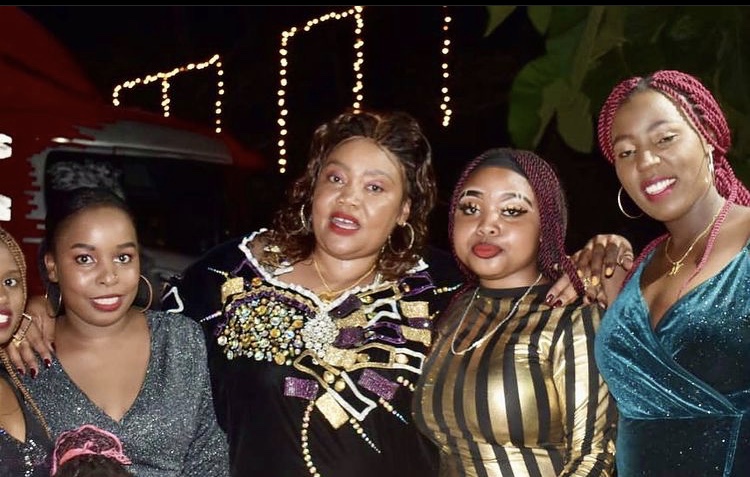 Sonko’s wife with her daughters

According to reports, Ms Saumu and former husband had been facing several issues for months; but like most couples, the two chose to sweep this under the rag – to portray ‘the perfect couple on social media’ when reality is – they couldn’t stand each other.

However thanks to Edgar Obare, we finally got to hear both sides of the exes; and truth is, Saumu living in denial is not a shade that goes so well with her image.

Mummy to the rescue

Of course break ups come with a lot of pain, suffering, self hate and bitterness; but Saumu’s step mum is not willing to let her daughter suffer alone.

Just like any other mum Mrs Sonko also known as Primrose shared a comforting message to comfort her daughter through this trying time. Although she is not Saumu’s biological mum – Primrose has always stood with her girls (Sonko’s daughters) and treats them like her own.

To comfort Saumu, Primrose went on to caption one of her photos with Ms Mbuvi quoting Isiah 43:2 which says; 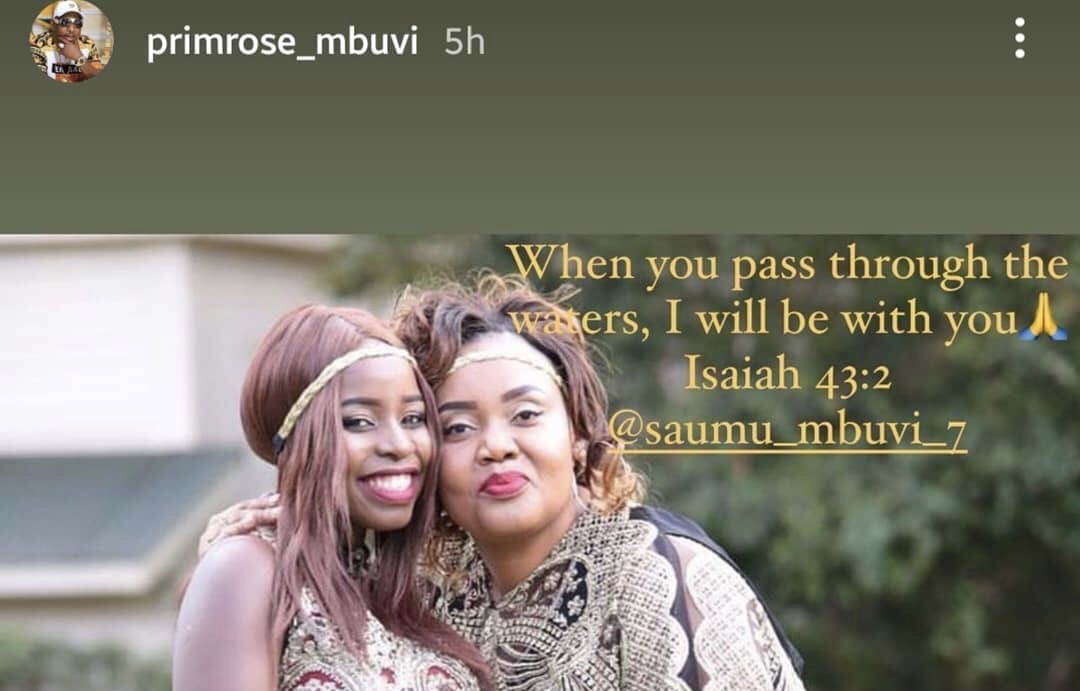