“Stop playing with us!” Kenyans react after government announces passengers arriving from Guangzhou to Nairobi to self-quarantine 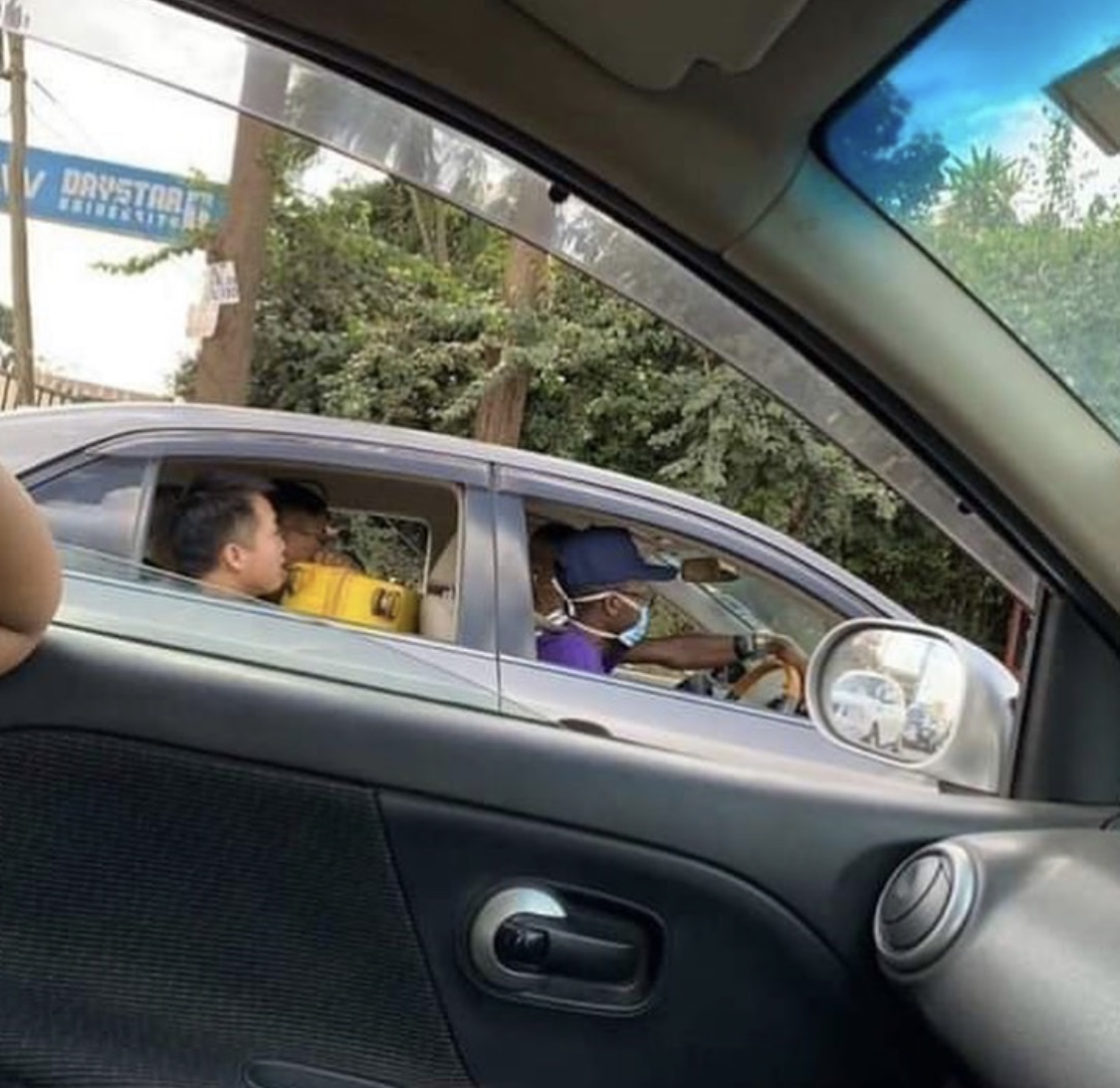 Kenyans on social media are quite fed up with how the government has been handling some of the issues affecting Kenya as a nation.

After canceling flights from Guangzhou to Nairobi due to the Corona virus; the same government has announced that the ban has been lifted and flights will only be allowed once a week! 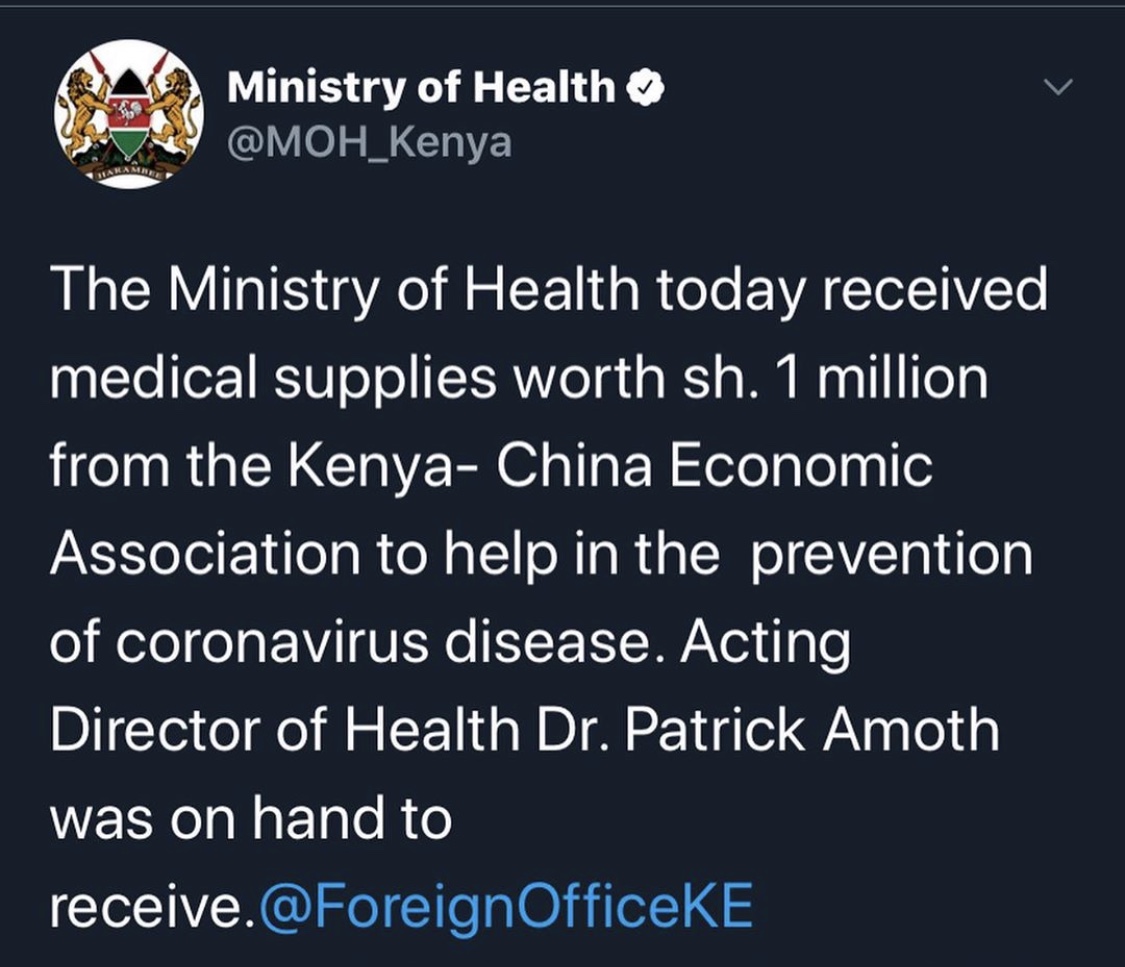 Thanks to a detailed press release from the Embassy of the people’s republic of China in Kenya; we understand that those arriving (about 300 people) have been asked to self-quarantine as a precaution measure just to be sure none is infected by the corona virus. 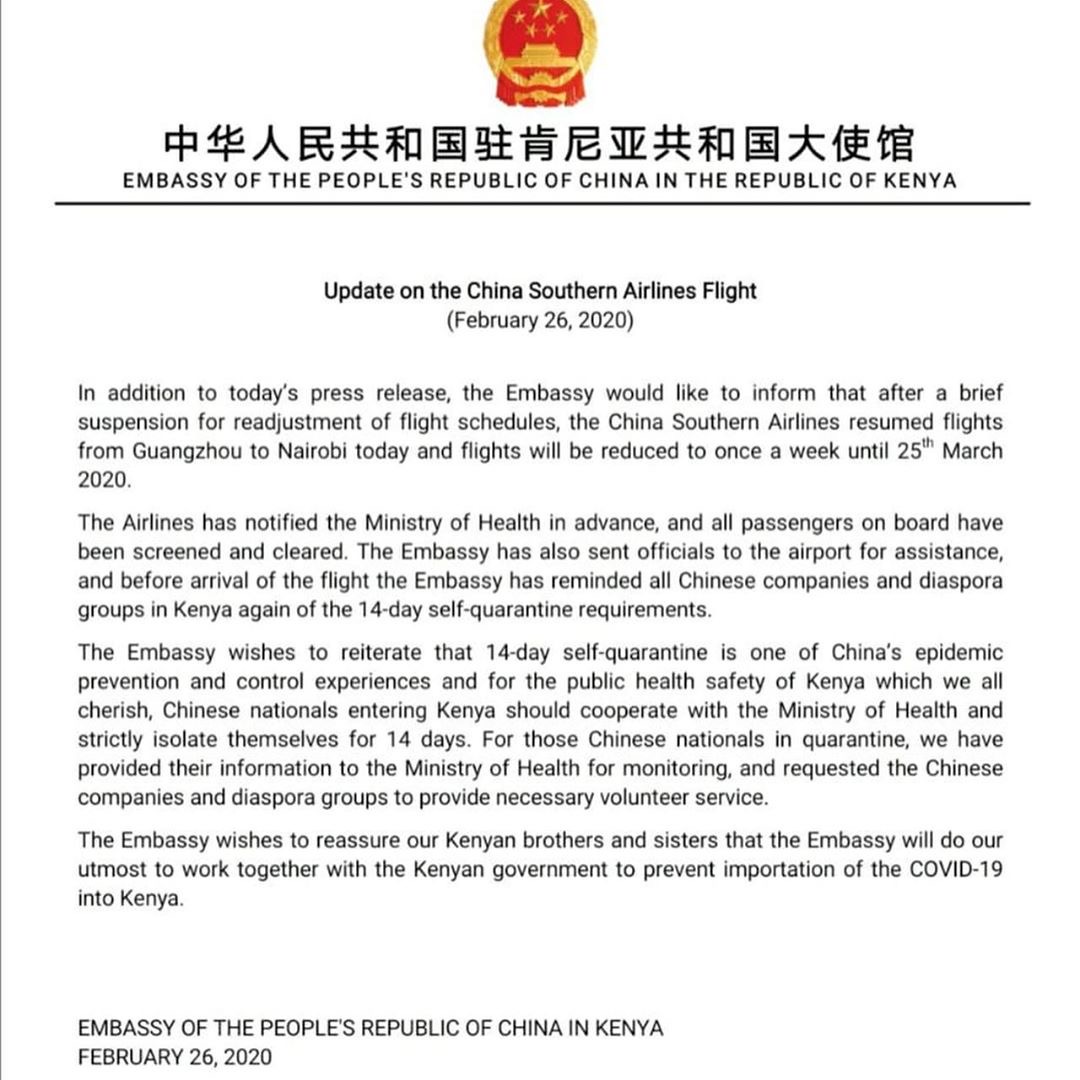 With the BBI already affecting Kenyans, most have come out to call out the government for adding another burden; that will not only leave many with sleepless nights but living in fear! 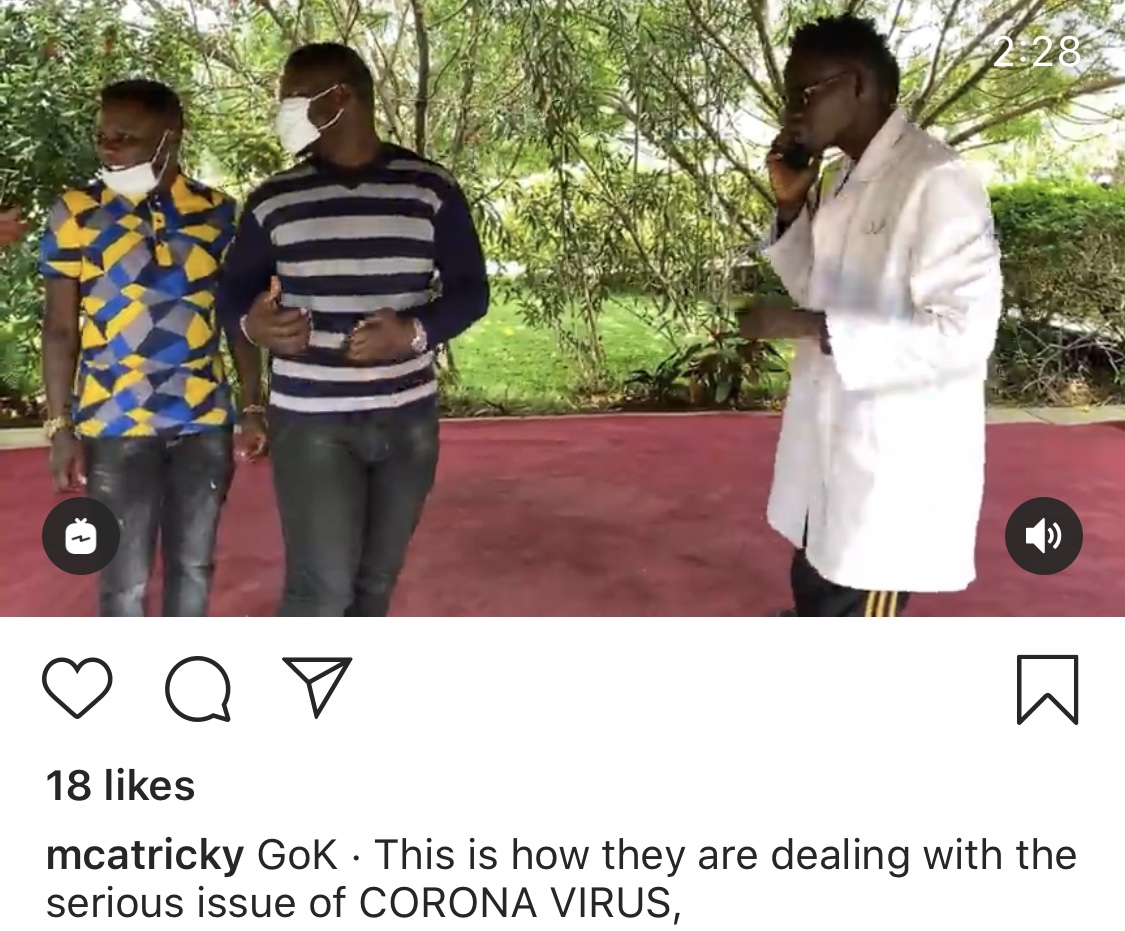 Among the social media influencers who has come out to speak out his mind is Joe Muchiri; a former producer at Capital FM.

For those who keep up with the fella on social media – already understand that Joe Muchiri is not one to keep quiet; when it comes to Uhuru’s government. So far he has been using his platform to educate the youth on the importance of choosing wise and selfless leaders in 2022; and once again he is back at it. Through his Instagram page the fella called out the government for endangering Kenyans due their selfish reasons; while other countries are still pushing harder to protect their own from being exposed to the Corona virus. He went on to write saying;

Attention‼️ Attention ⚠️ The new Kenyan government has spoken I mean our slave owners I mean wenye nchi have spoken loud 🗣 & clear 🔊 they have said since they are considerate they will only fly into Kenya 🇰🇪 once a week just once with close to 300 people coming in from China 🇨🇳 just 300 I mean what are the chances that one of them has the Corona 🦠 & enters a cab 🚕 then goes to the mall 🏢 coughs 😷 then touches the escalator or lift and spreads it I mean that can’t happen right ?! 🤷🏾‍♂️ Oh andddddd guess what if they happen to be sick 🤒 they go to the loo or basement & quarantine themselves in their own house 🏠 it’s the least they can do.

I mean no need to call a doctor 👨‍⚕️ because when U quarantine ur self the virus 🦠 gets lonely 😔 and dies like the locusts. I mean what are the chances of it mutating that can’t happen hii si movie bana, relax so for now allow the citizens of Kenya I mean the Chinese to come in to the 2️⃣5️⃣4️⃣ but Kenyans can’t go to China coz it’s not safe 😂😂😂 Yes please 🤦🏾‍♂️🤦🏾‍♂️ hello neocolonialism 🤣🤣 yaani we are in shit 💩 coz less than 10 guys love “free” chines money #FagiaWoteIn2022..

With this already raising eyebrows, Kenyans on social media went on to support Joe Muchiri’s post by leaving the comments below! 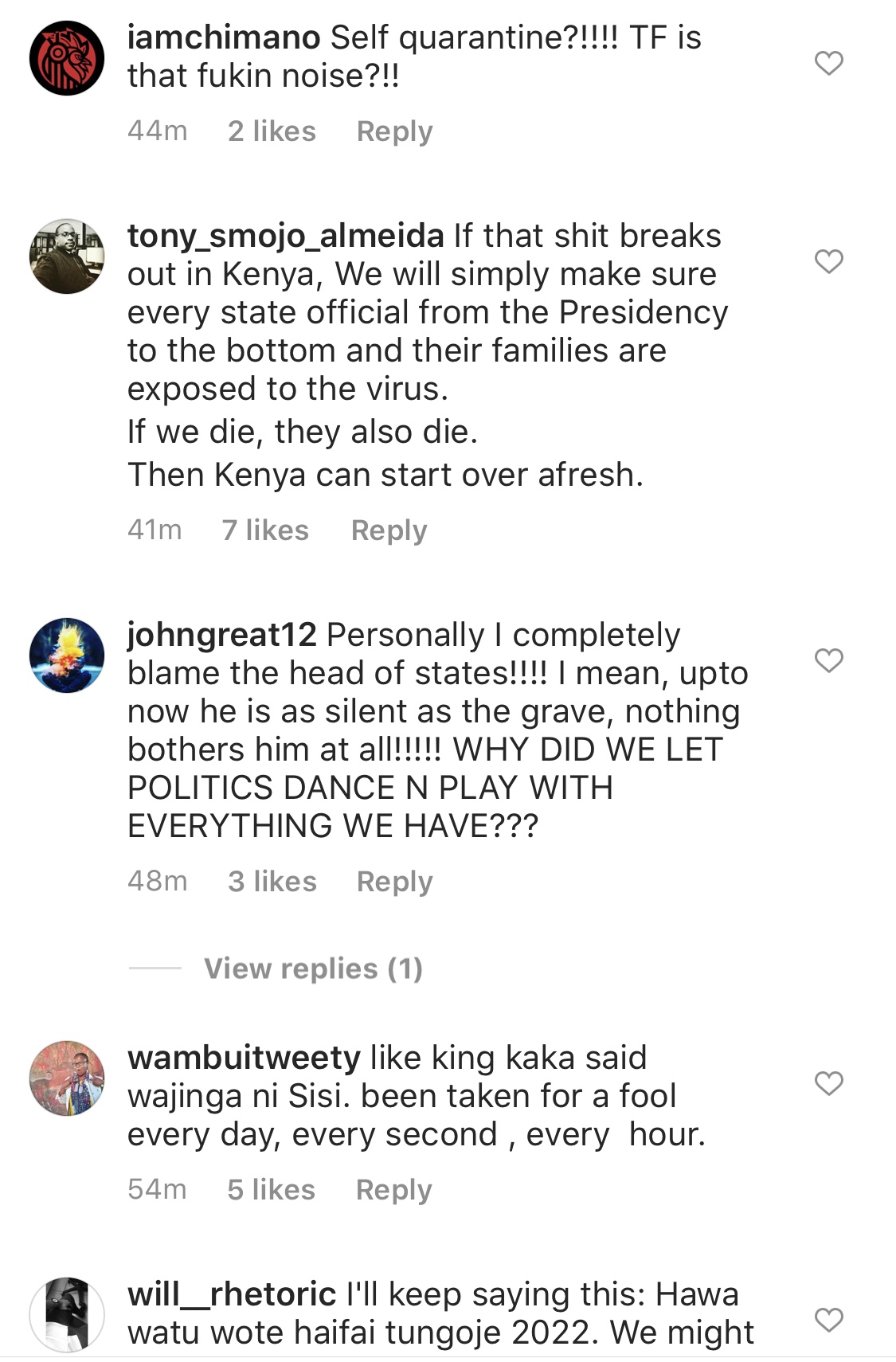 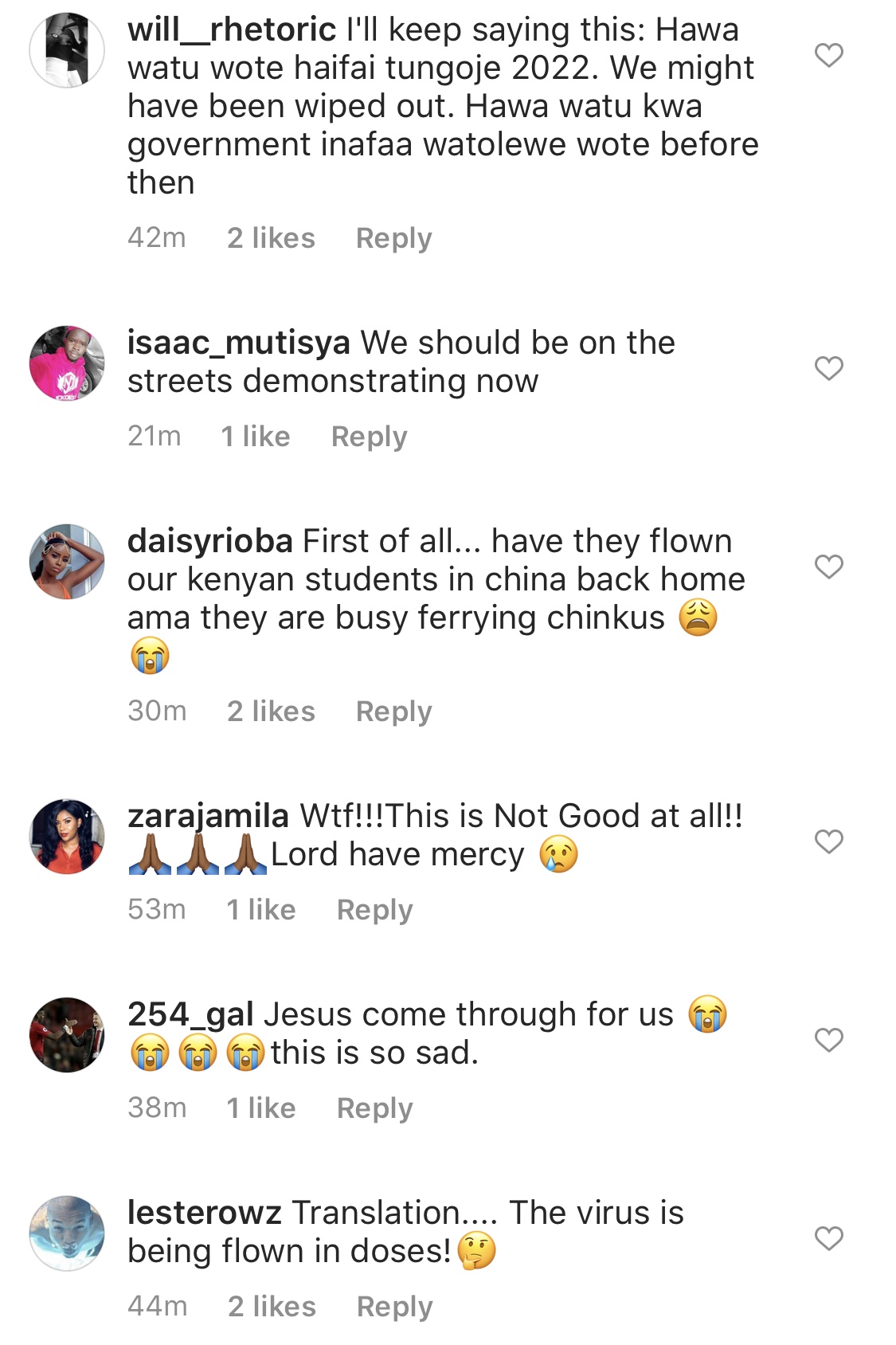 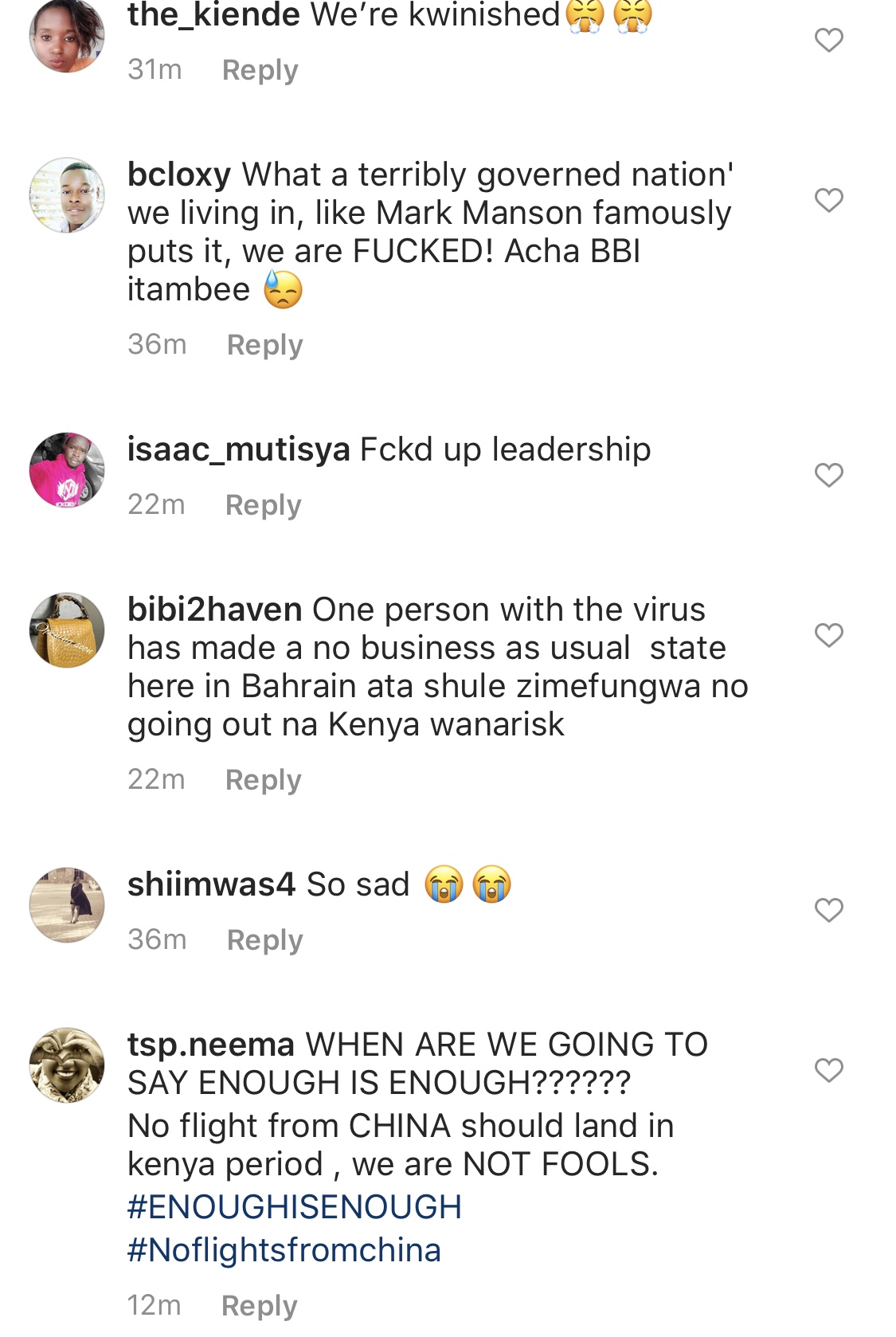 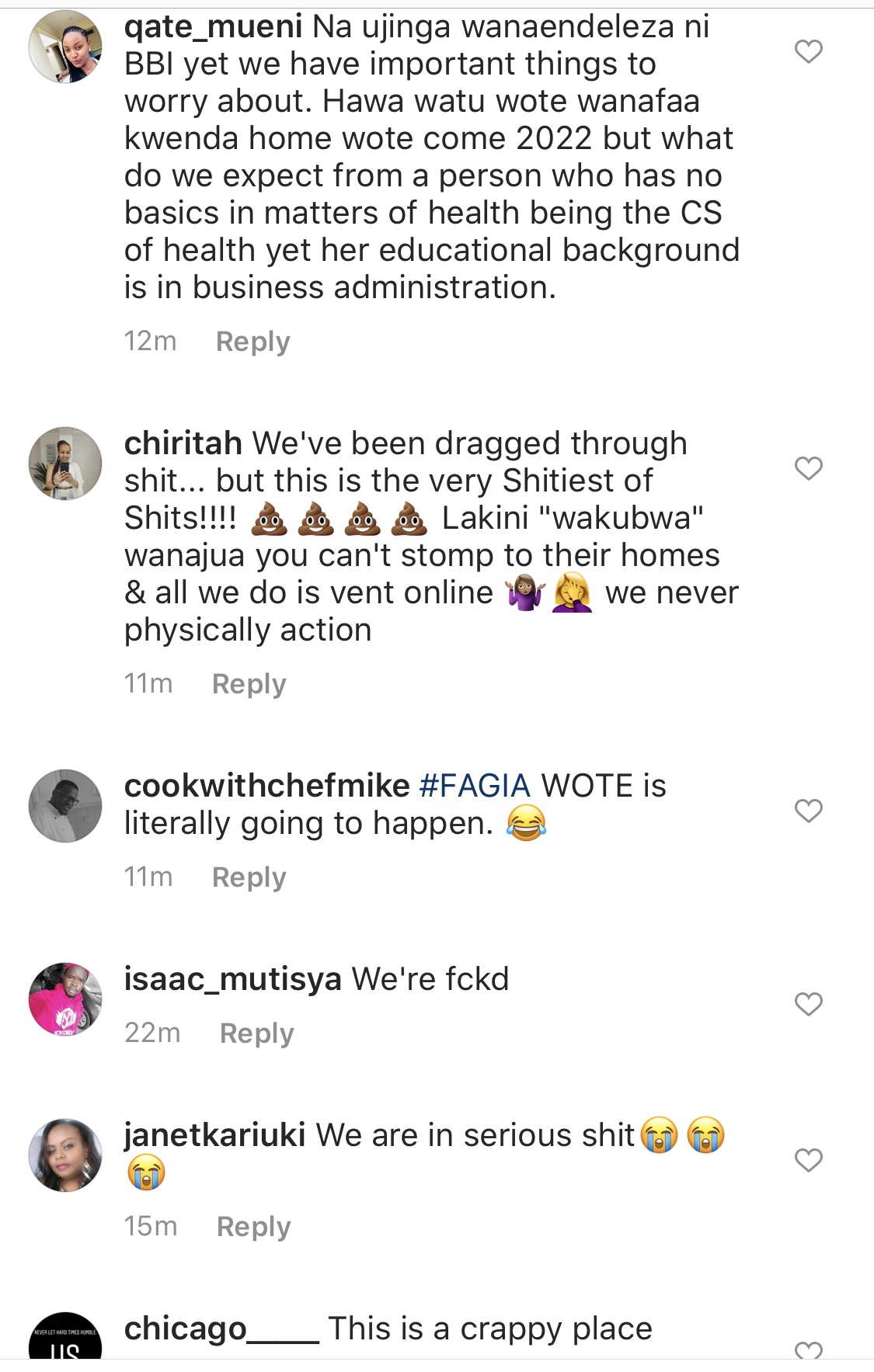