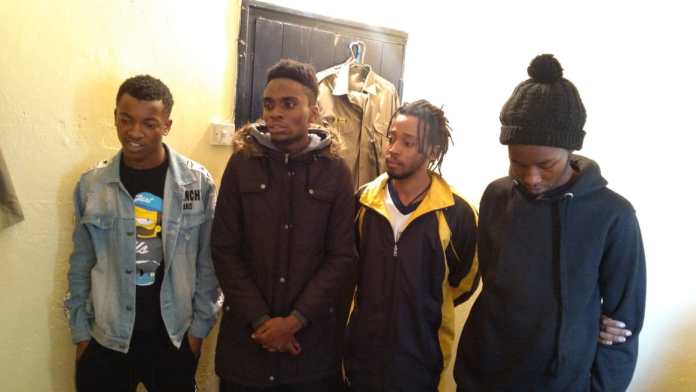 A clique of young hustlers has been arrested after they were caught selling fake tickets during the Hype Fest in Ngong’ Racecourse.

According to reports, the eight youngsters, who have been scamming event organisers millions of shillings, were caught in a Toyota Premio printing the fake tickets during the Nasty C’s event at the Waterfront.

It’s estimated that they made a cool Ksh 500,000 in just 30 minutes after printing them and selling at a lower price than the originals.

“We caught eight kids operating from a Toyota Fielder in the parking lot selling fake tags. They had a whole shoe box full of different tags, they even had tags for the Rick Ross concert,” said the organisers.

According to the organisers, in good day, the kids make at least 600, 000 shillings. They buy one ticket and quickly photoshop and make others just outside the event.

“If your ticket goes for Ksh8,000 VIP, he’ll sell the tag to you at half of that. He sells 30 VIP tickets, that’s 120,000 quick and all he spent on the tags plus art work (if any) is probably Ksh6,000. Once he’s sold, he ghosts the scene,” says one of the event organisers who nabbed the university kids.