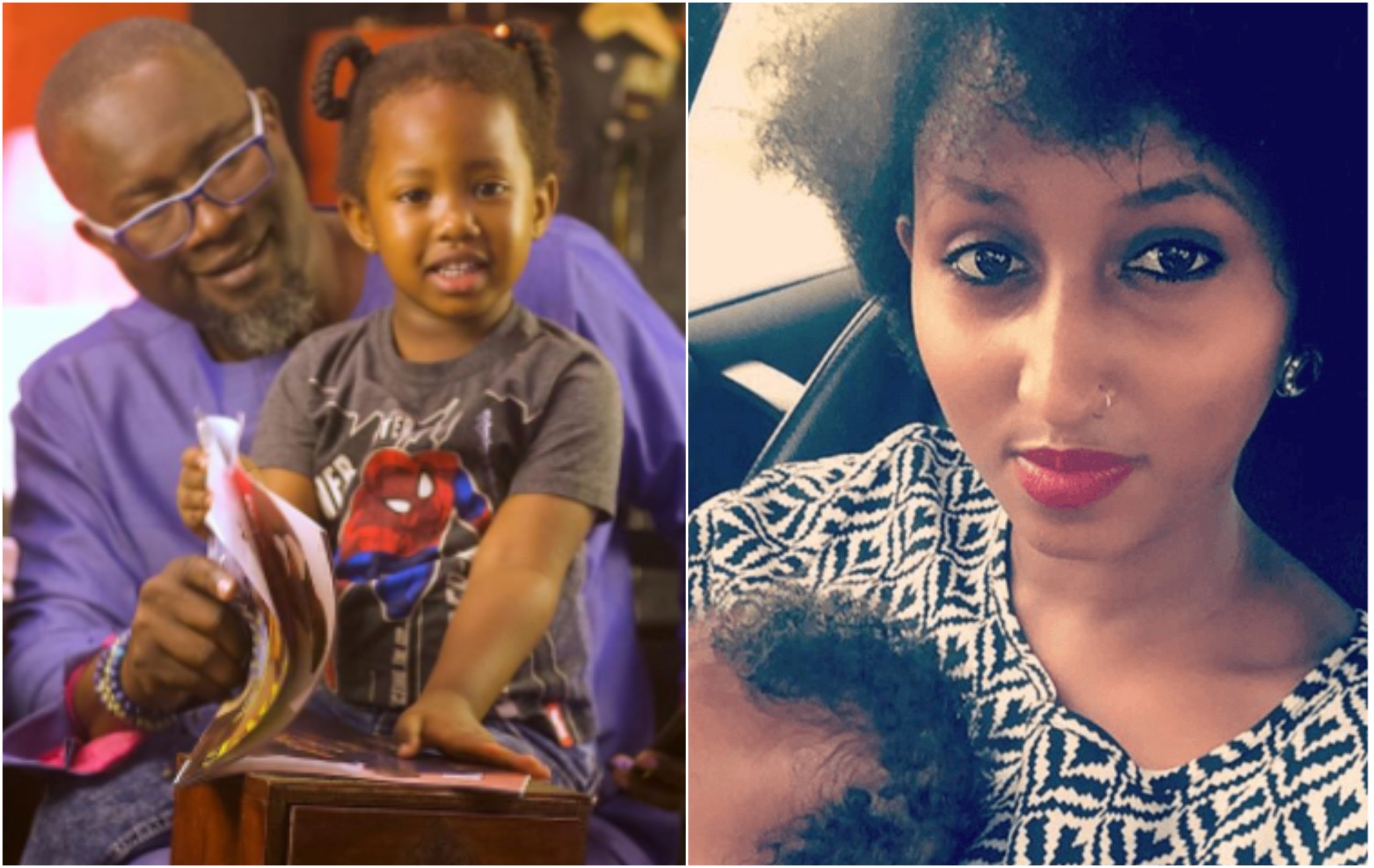 Tedd Josiah as he often calls himself, the manmom has not had it any easy raising a daughter single-handedly left behind by her mom barely 3 months of age, but still manages to put his best foot forward.

Over the years, a little baby Jay Jay has grown to take over her mother‘s looks, blessed with some adorable puffy African hair, charming smile and just a complete replica of her late mom, Regina. Katar

Dear mama, We learnt to dance 💃🏼 in the rain ☔️ but this dance would have been much better with you. Your Empress is doing her best to love papa 👴🏾 sometimes it feels like she sees the emptiness in my eyes, specially when she just comes to hold and kiss me for no reason. Thank u mama thank u for this anchor you left for me. – Askim 💕 One sweet day

A baby girl who never had the chance to love, appreciate and adore a woman she would call ´mom´ until she was no more.

The music producer has definitely been a super manmom, raising a beautiful daughter, able to make sense of the world around her. The love is sure unmatched!

We are a long way away from were the journey began but we are a longer way away from were the journey is leading us to. Thank u to our Ig family for the love the prayers the support, for every time you’ve picked a JOKAJOK item. For us this has been such a rollercoaster of a journey from 3months to 3years From formula and colic to “daddy take my picture” “no i don’t like that one” to “daddy i love you”. I live for each “i love you” LIVE 🦋 LOVE 💓 LAUGH 😆 #RaisingJay #TheManMom

Unfortunately, the time comes when a child realizes that unlike her, other kids have a mother and a father. So why does she just have one of them? A question a dear Jay Jay asked her dad recently and left him dumbstruck.

Taking to his Instagram page, the Joka Jok CEO opened up:

It’s all fun and games until they start to add stuff up…..

It so happens that just 2 nights ago as they were preparing to retire to bed, the little girl popped up the disturbing question.

Good morning!!!!!!!!!! From #HRH Her Royal Highness #Empress Jameela of the @jokajokluxuryleather Empire aka GummyBear 👑 🐻 🐾 🐾 🐾 On a serious note though. I need you to understand this our IG family. We make and sell bags in order to build a 100% Kenyan company with Kenyan staff that is focused on jobs and legacy. If we do not sell bags it has a REAL impact on not just us but our staff that are single moms and dads with responsibilities to their kids. It’s not an Instagram hype company it’s a real company with a need to build Kenyan jobs and families using your help through purchasing. I ask you to kindly help us as we build for the future generations and lay foundations today for the families we have to be able to put food on their tables We love 💓 and value you very much 🤗🤗

Tedd was like: “good night JayJay Daddy loves you”. Then the room was struck by a sudden silence before Jay posed:

Daddy were is my mommy?

The media personality grew cold feet, not sure what answer to give, fortunately, it was already dark so Jay could not see her dad break down to tears.

We are nothing but a bridge to the future. We are nothing but the legacy we leave. The soul of a man cannot be complete without God and without the acknowledgement that he is nothing but dust in the wind in God’s absence. Find a man who hasn’t found God and find a man who hasn’t found, purpose, value, love and self. Nothing but destruction will be that mans lot. All the money 💰 all the wealth and plunder will vanish when that man is gone. But a man who has found the almighty will leave a lasting legacy because the soul outlives material things. LIVE 🦋 LOVE 💕 LAUGH 😆 #RaisingJay #TheManMom

And this was his response:

…mommy is in heaven and is always watching over you

And Tedd was like: “yes baby mamas gonna bring u sweets”

When you see us smile 😊 it’s because we know that a smile helps beat the pain of mama not being around, a smile 😃 helps heal the scars of loss, a smile 😃 connects us to sanity and helps us face the day with less pain in our hearts. Our smiles are thank God we have each other as each other’s anchors. That’s why we smile LIVE 🦋 LOVE 💕 LAUGH 😆 #RaisingJay #TheManMom #MissingMom Photo by @emmanueljambo

Tedd had every reason to believe that Jay’s curiosity was sparked by her interactions with her cousins who have both mum and dad.

We can only wish the dad and daughter nothing but love and light!