The governor is savage! Finer details of how Joho repossessed his Porsche Cayenne from Betty Kyallo when she was behind the wheels on Mombasa Road 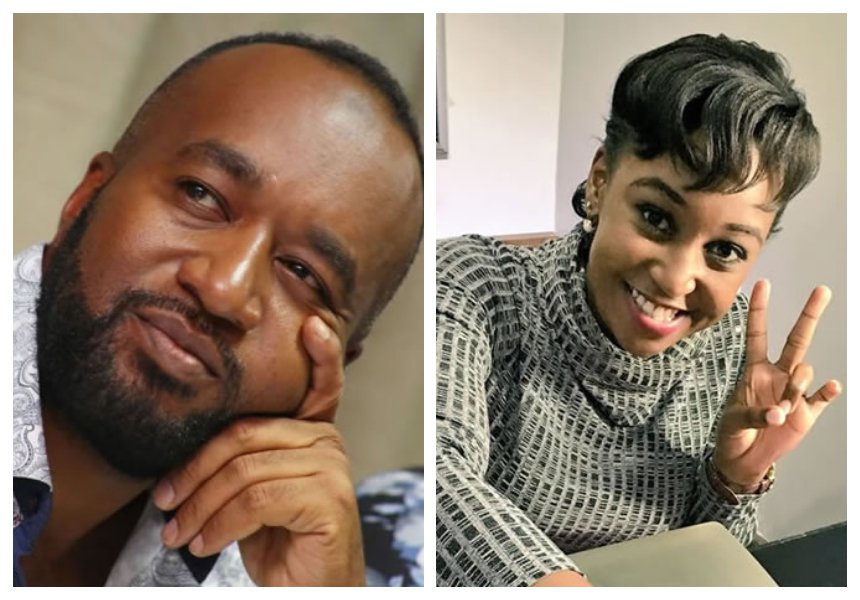 Betty Kyallo and Mombasa governor Ali Hassan Joho started dating sometimes in May 2016 months after she separated with Dennis Okari.

The former KTN anchor opened up about her relationship with Joho in a 2017 interview with True Love magazine where she revealed they broke up because Sultan asked her to quit her job.

“He was going through the same thing – a separation, and we connected on that level. We tried to have something and it gave me comfort because we understood where we were with each other. He was easy to talk to, hang out and have fun with,” said Betty Kyallo.

The Nairobian newspaper has revealed finer detail of Joho’s ugly split with Betty. The story appeared on the cover of the daily which is a subsidiary of Standard Group where Betty used to work. 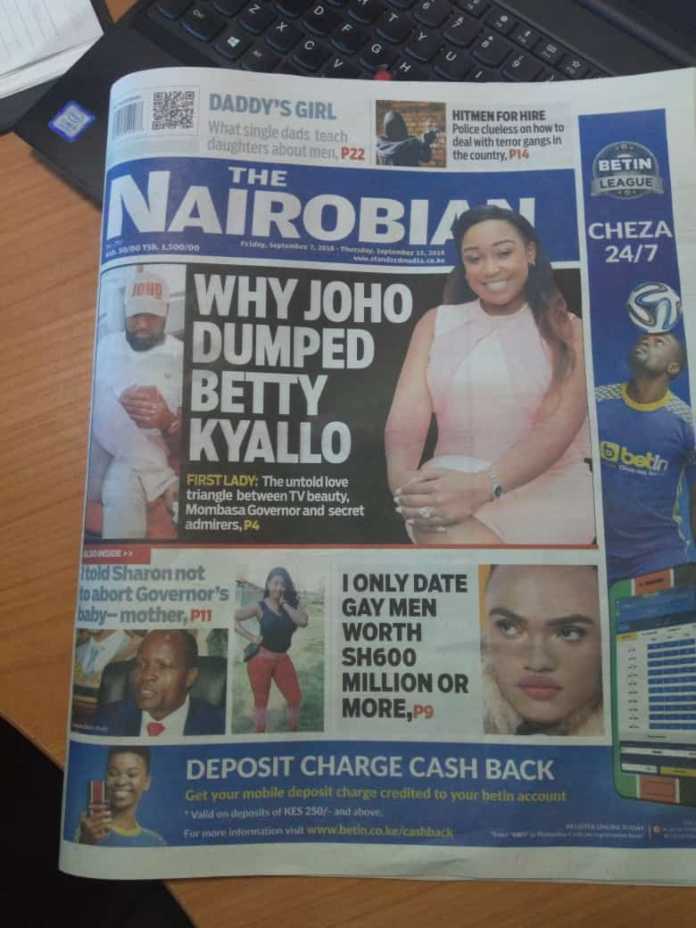 The Nairobian reports that Joho threw Betty Kyallo out of a mansion on Lenana Road after they broke up. Apparently the former KTN anchor begged the governor to allow her to have the furniture.

“The house was not in her name, so when the relationship went south, she was kicked out,” a source was quoted by the Nairobian.

Sultan also repossessed his Porsche Cayenne which he had given the mother of one. Betty was driving along Mombasa road when she was stopped and asked to surrender the car’s keys. 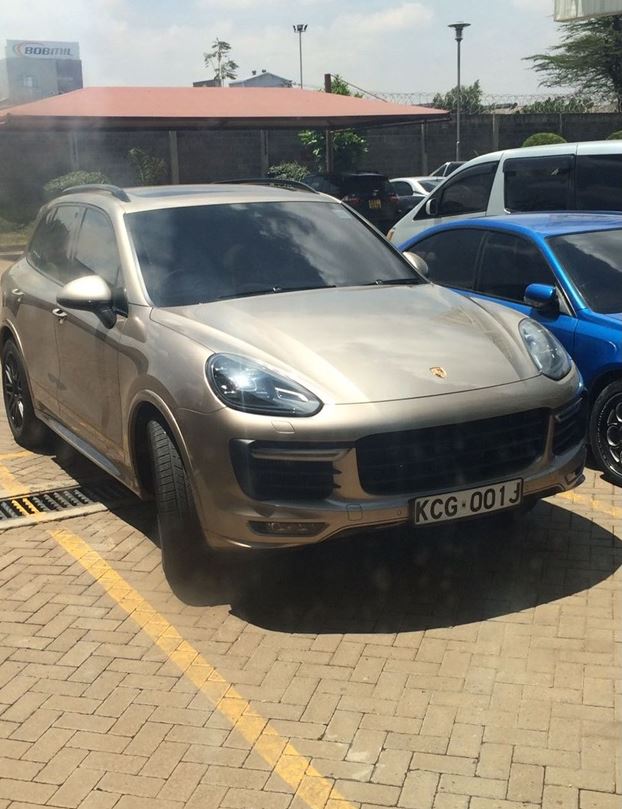 “The Porsche Cayenne was repossessed from Betty when she was behind the wheels on Mombasa Road. She was forced to park off the road near Nyayo Stadium,” the Nairobian quoted their source.