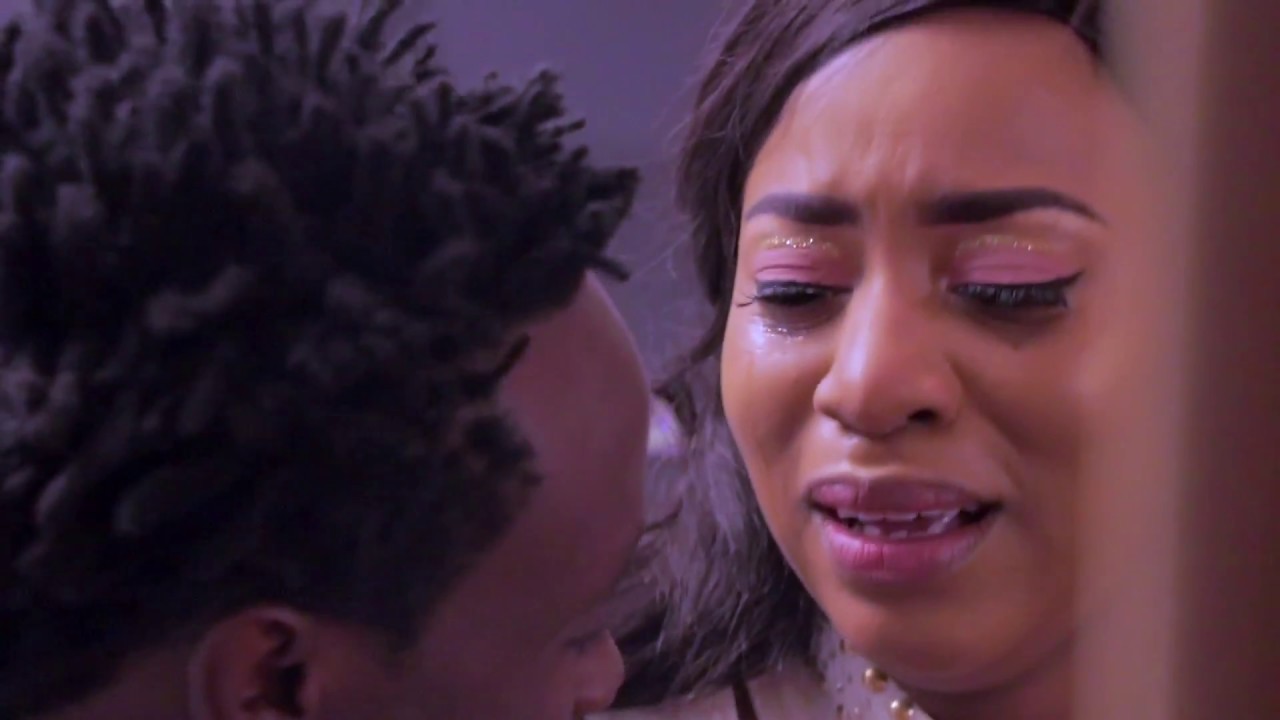 Do some of these characteristics come with age or is it the stress of siring more babies? Because Bahati has lost it.

In the latest Bahati Reality TV show, the family man came home from a long day at work only to start raising his voice at their house help and his wife.

We probably have no problem with him raising his voice, I said probably. But what actually made him raise the voice is what I find petty.

The gospel star got home and had his dinner served by the house help, Irene, only for him to turn it down because he wants it served by Mama Heaven – his wife.

All the house help was doing, was her job. But hardly did she expect such kind of reception.

Aaii. Ako wapi Mama Heav? Mimi ni mtu nimetoka huko nje nimechoka and I just want mama Heav to serve me. Irene, please do not be coming in between my marriage. Mara you’re serving me. Just cook and let my wife serve me the food. I married one wife and she is the one to serve me. Just leave! Do not question me. You’re just a house help I am the man of the house. In fact put this food away I’ll eat in the morning.

Speaking in response to much more that goes on in the couple’s life, a weary Diana expressed:

Huku kila mtu na duty yake. Let us not even get there. To be honest, things have not been easy for me, they are not okay. He will walk here at 2 am. He is never home, he is always doing shows.

But who was Bahati to even listen and digest that for a minute or two? He meets the bills accordingly and wants things done his way.

I am wondering why is Irene serving me food and you are here. I have hired Irene to hold the baby. Is it you or Irene I married. I want to come home and feel appreciated.

However, seems Diana had had enough of his selfish ways and had her comeback well prepared:

Give me time to heal and for the baby to at least grow. What kind of questions are these you are asking? It is now your turn to be with the baby.  I have been with him all day and I am tired. I have not even showered.

Now a mother of two, but still a mother who just delivered barely a month ago and whose responsibilities have since then piled up.

Dear God, I pray that you protect this little life. Grow this baby into the person that reflects your light and love in this world. I believe this child is destined to do great things in your Name. May the power, love and guidance of the Holy Spirit follow him all the days of his life. Thank you for your love and for this baby🙏… And everybody say AMEN @MAJESTYBAHATI 👑 The World is yours, concur it with Pride. Love, Mama 💙

Even after the confrontation, Bahati’s ego could not allow any of it, responding that he is too tired to hold baby Majesty, and could probably faint.

Walahi just faint, I will pick you up. I have not just been sitting and sipping juice. Today it is your turn. I can’t even shower? Remove those chains and clothes that are full of dirt from Loitoktok and stay with the baby all night and feed him. I have already pumped milk.

I'm Excited!!!! New Video dropping on my YouTube channel in a few…. Have you Subscribed to #DIANABAHATI yet? 😁 See you there 😍😘

It is not a surprise to see such acts unfolding between the young couple since Diana has previously raised concerns on Bahati’s absence from their children’s lives.

The gospel kid promised to change and pay more attention to the young ones but looks like that was just cheap talk.