Tanzanian rapper Rosa Ree, who’s also fondly known as the goddess of rap, has gone bare-knuckle in her new jam.

Dubbed Nguvu Za Kiume, the song is all about how the Banjuka hit-maker is capable of standing up to men despite the fact that she’s a woman. Put simply, she has male stamina. (At least that’s how I understood it).

Part of the video was shot inside a boxing ring and helps paint a clearer picture of what Rosa Ree is talking about.

As expected, she really came through with some mad energy. It’s also worth mentioning that her wordplay was also on point.

Actually, she decided to throw punches at all men and make them feel a little bit uncomfortable. 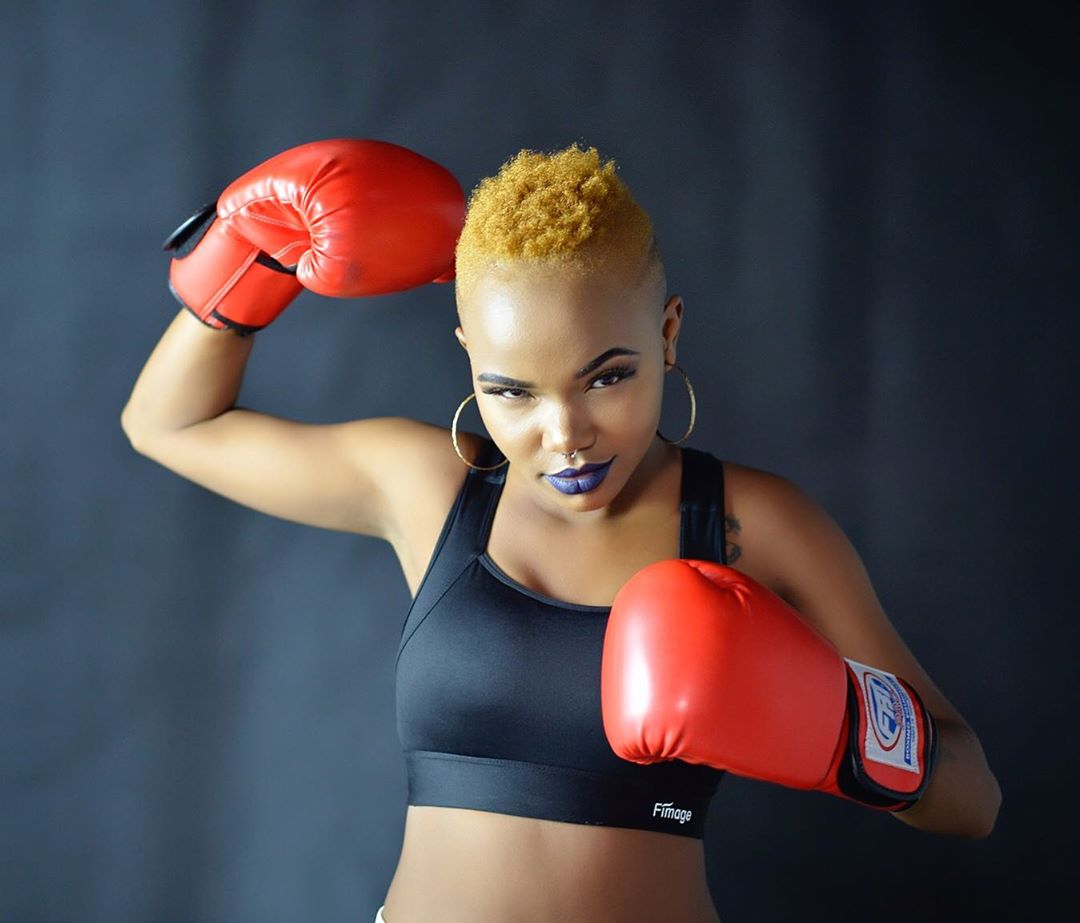 If your Swahili is terrible like mine, then you should know that she saying that she can make men sit down yet she’s putting on a bra. (Feel free to correct me if I am wrong).

I don’t know ho you all feel about this but I’m not so happy. Anyway I am just kidding, that wordplay is out of this world.

The song was produced by Ibrah Jacko and directed by Traveler.  In my opinion, they both did a commendable job.

Watch Nguvu Za Kiume below and tell us what you think.