“True rasta no kneel to no man!” Kenyans call out DJ Kriss Darlin after kneeling before Raila 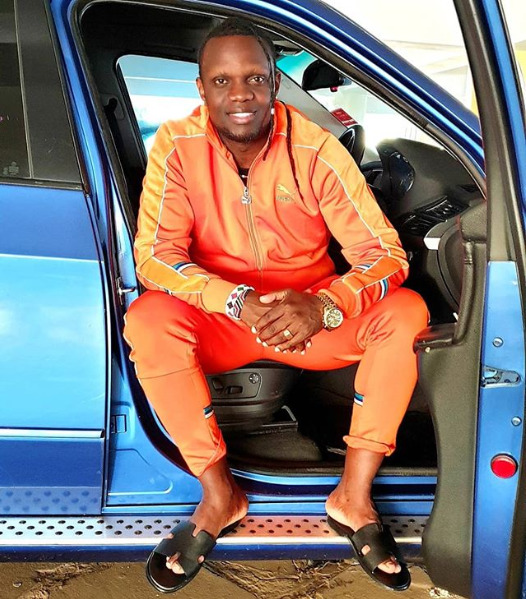 The renowned reggae DJ shocked many after he went down on his knees before the former Prime Minister in pursuit of the Kibra parliamentary seat. 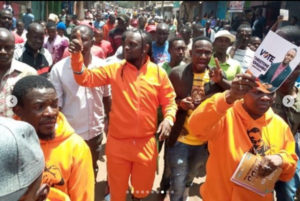 The ODM party leader converged with the Kibra residents as he introduced aspirants contesting with the party’s ticket for the vacant seat.

DJ Kriss Darling had earlier expressed his interest to run for the position. Further kneeling down before ‘Baba’ seemingly begging for his support and seeking endorsement for the November 7th by-election.

Amidst the jeering from the crowd, a fearless DJ Kriss Darling shouted:

They say that Rasta Man has fallen, is it true that Kriss Darling didn't do it right kneeling before former prime minister Raila Odinga?

Perturbed fans called out the reggae DJ for the act with all manner of trolls:

True rasta no kneel to no man

this is what we need to change! Raila is not a demigod! you don’t get elected by kissing his ass! the people of kibra should be given the chance to elect there mp! Odm is not a democratic party! u lick baba or ur out! wajaluo na hiyo akili yote Mungu amewapea if one day they wake up and realize this nonsense Kisumu ingekua capital city ya Uganda,tanzania na kenya smh nkt

DJ Kriss Darlin am your biggest fan and nothing would make me more happier than seeing you clinch the Kibra ticket BUT kneeling before a human being is degrading! @RailaOdinga is not a god

Kneeling to man is lack of self respect not mind game.

The 1st man i have seen kneeling before a fellow man just because of something called POWER!!!
God forgive us for we have sinned before your eyes

The stupidity of the highest order!To kibra people, vote for this zombie at your own peril! The only reason everyone loved Okoth is that he never worshiped anyone and he stood for a course! Hii Chris darling ni cabbage, just want to get elected but is empty-headed and nothing to offer

Is the guy even a party member of ODM? Kibra should reject him at an instant. This is the next Aisha Jumwa.

If you kneel before God in heaven, you can stand before any man. Kriss Darlin ameniangusha….why kneel?

Well, I don’t see the problem in kneeling down. Kriss Darling needed to prove himself at the moment! In a podium like that & being new in the game, you must find a way to be different. I wish him plus other candidates well! Kibra politics not a joke.

Kriss Darlin is set to contest alongside 26 other ODM hopefuls for the Kibra parliamentary seat ticket.