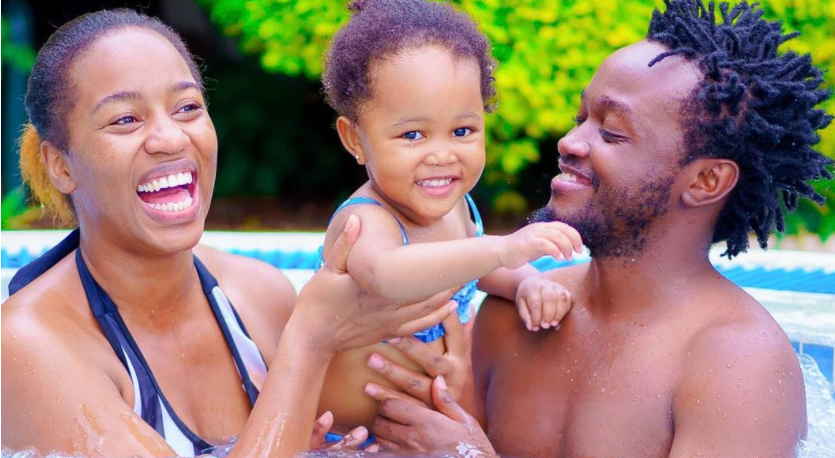 After hitting back at Bahati with his own diss track, DK Kwenye Beat is not yet done with Bahati. This time, he’s aiming at making things even worse for him; by reciprocating Bahati’s own words to him. In Bahati’s diss song, he dissed a couple of artists, including Khaligraph, DK Kwenye Beat, Guardian Angel, among others. Apparently, of all people, DK Kwenye Beat was the only one who hit back almost immediately.

The song has elicited various reactions; with most bashing Bahati for doing contrary to gospel music; including Ringtone, who strongly rebuked him.

Away from that, DK claims that Bahati might not be the biological dad of Heaven Bahati. He adds that a DNA test should suffice to make it clear.

DK Kwenye Beat revealed this while doing a video with HopeKid.

What do you think about DK Kwenye Beat’s claims?