Women are now coming out in numbers to report incidents of sexual harassment against them. This precedence was set after multiple women including Lupita Nyong’o accused Hollywood movie mogul Harvey Weinstein of sexually harassing them over decades.

Over 10 male American celebrities and politicians have now been accused of sexual harassment since Harvey Weinstein’s scandal blew up. They include the likes of Prison Break star Robert Knepper (T-Bag) and former president George H.W. Bush.

All women who claim they were sexually harassed have the same story, the sexual harassment/assault happened years ago, some even decades. 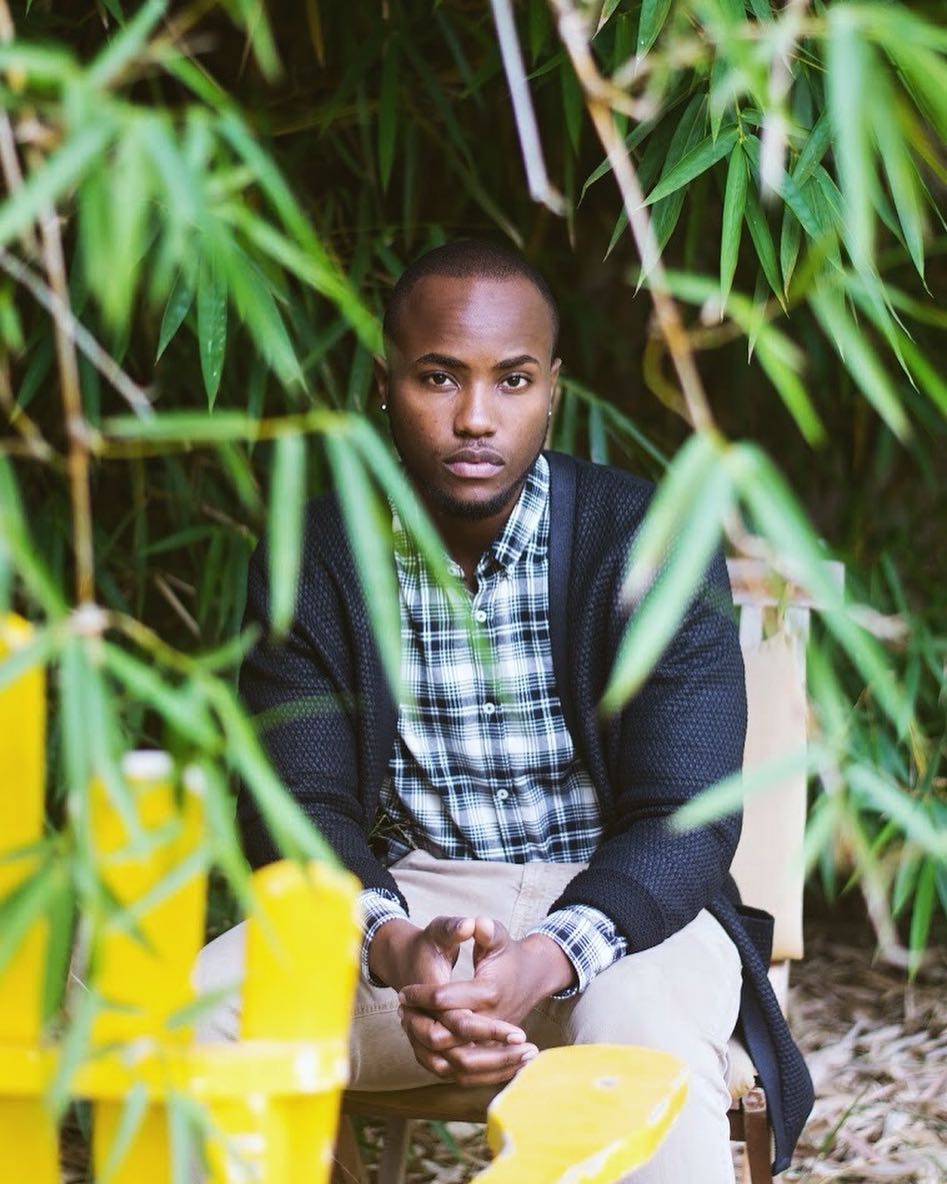 Twitter user @KoomeGitobu exposed Nick on Twitter whom he accuses of sexually harassing her. The tweep also says Nick sexually harassed her friend at the Ameru festival last year.

Koome says Nick hit on her friend even though she was not interested. She further reveals that the popular actor grabbed her friend and tried dragging her into his room.

Koome explains that her buddy was trying to get into a cab when Nick grabbed her. Apparently Nick and the girl wrestled until her friends came to her rescue. When Mutuma saw her friends she let go but squeezed her butt telling her she liked her body. 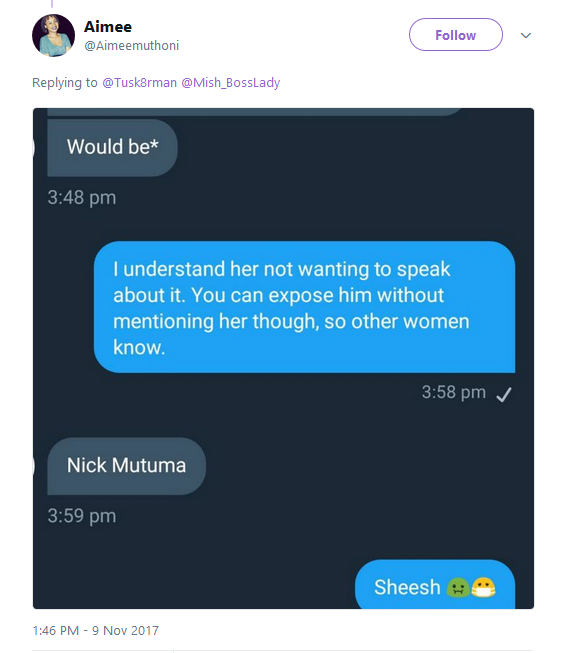 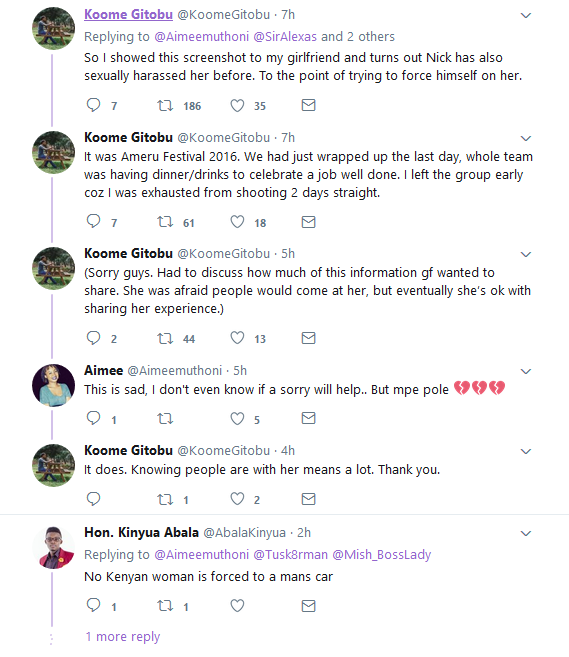 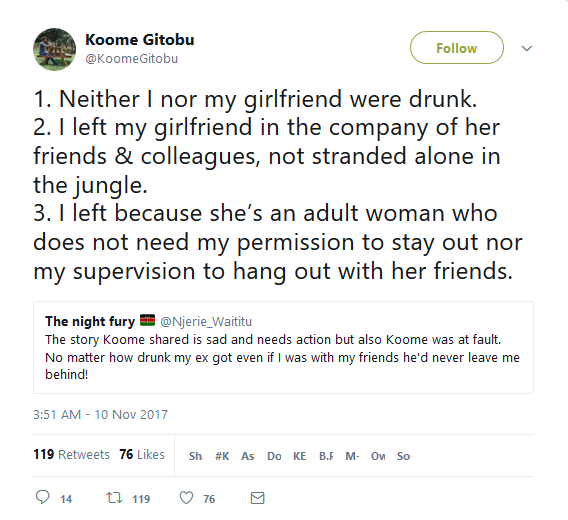 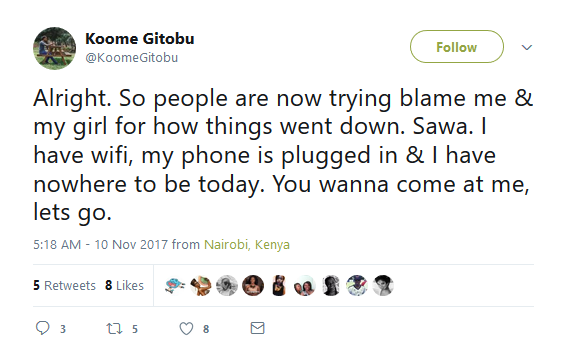 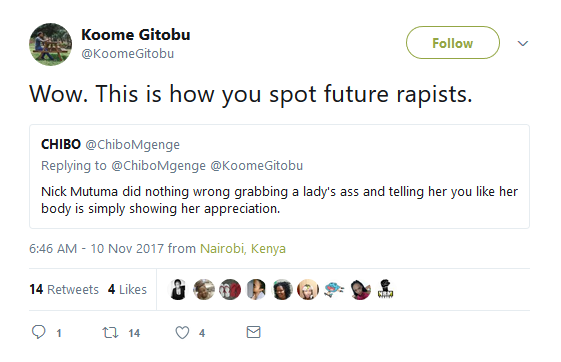 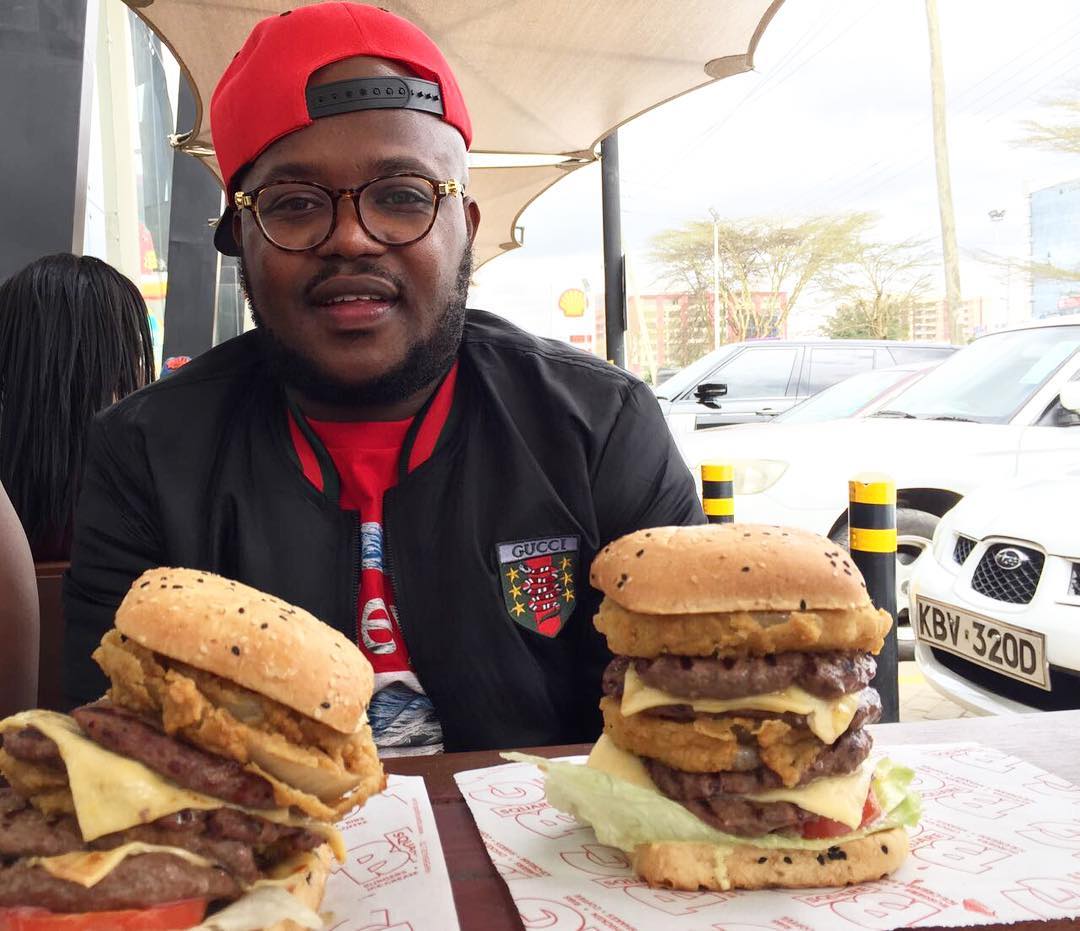 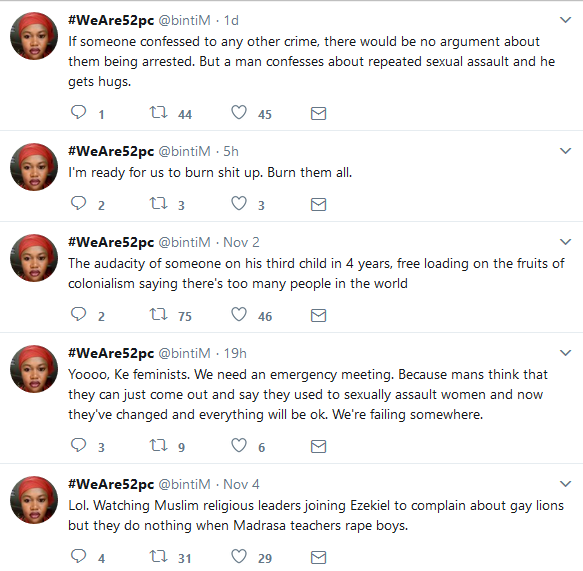 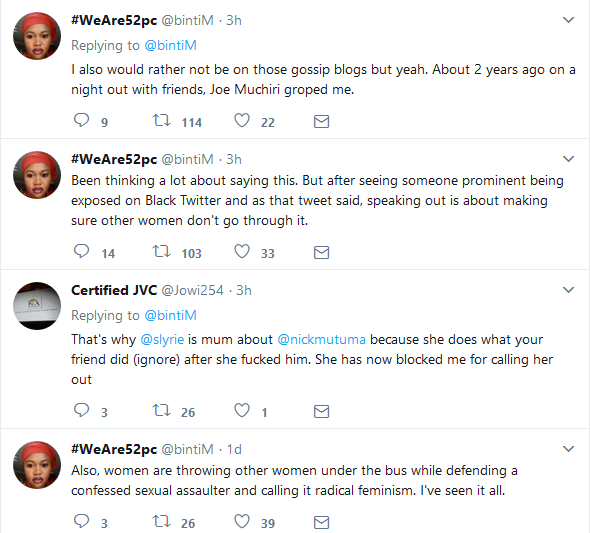