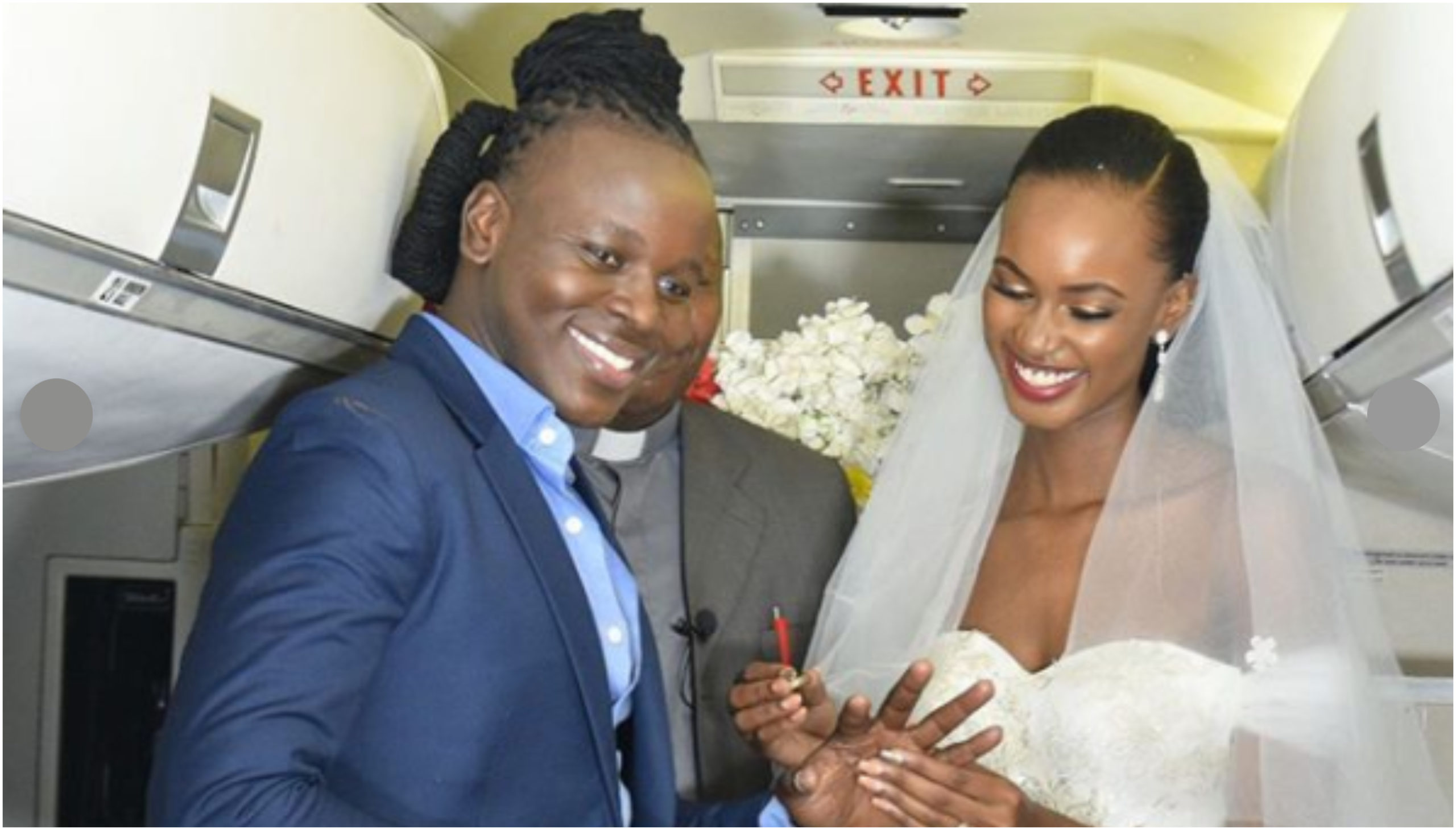 A Kenyan man has set the bar high enough after breaking banks to walk his beloved down the isle aboard a flying plane.

Adigodigo who is a host at Obinja TV and Berlin cosmetics, has taken the Internet by storm after their one of a kind wedding ceremony yesterday.

The media personality, of Luo descent did not believe wedding his model of a beauty on ground, was significant enough. Therefore decided to have it aboard a moving plane.

“I LOVE YOU….Ground is too much lets fly beb….” he sweetly remarks. 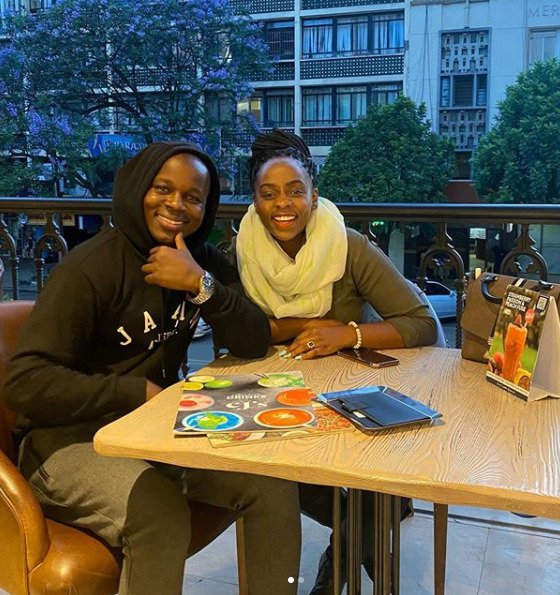 How it all went down

Their journey starts off with his bride getting picked up by a sleek white Mercedes Benz with a customized plate reading ‘Jean+Adigodigo’ that drives her to the airstrip where their designated plane awaits.

The bride walks in to meet her man amid a seated crowd of those close to their hearts and gets warmly received by the evangelist who then takes them through their marriage vows. 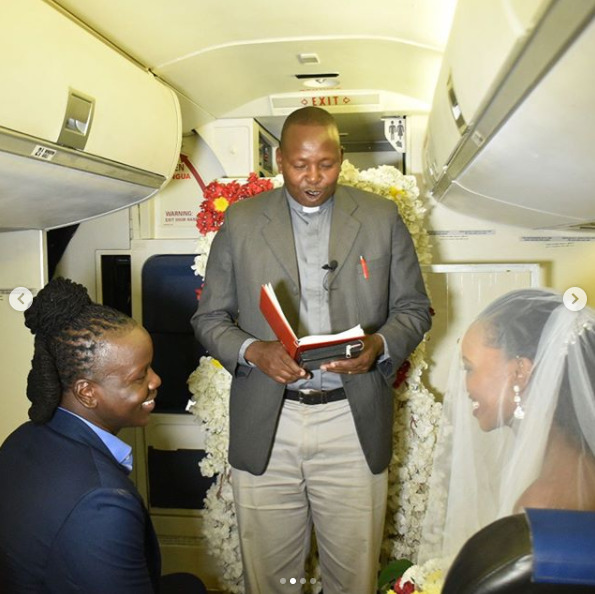 They exchange rings, smiling ear to ear and the groom can now kiss his bride. A beautiful moment for the few that got to witness as the lifetime occasion went down.

According to him, his woman, Jean Ojiro is one who transformed his imperfections into perfections just by the touch of her love. 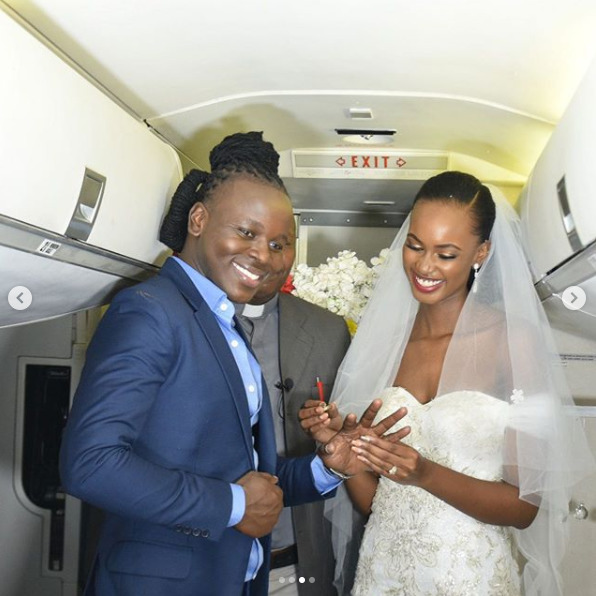 And it is for that reason, that he declared he wants a lifetime with her.

“Keep it private until its permanent….” urges the TV host.

A colorful, white event that has shaken the inter web. Fellow celebrities left in shock but feeling proud of the milestone one of their own was able to cover.

Jalang’o taken aback by the courage of the young man, remarked; 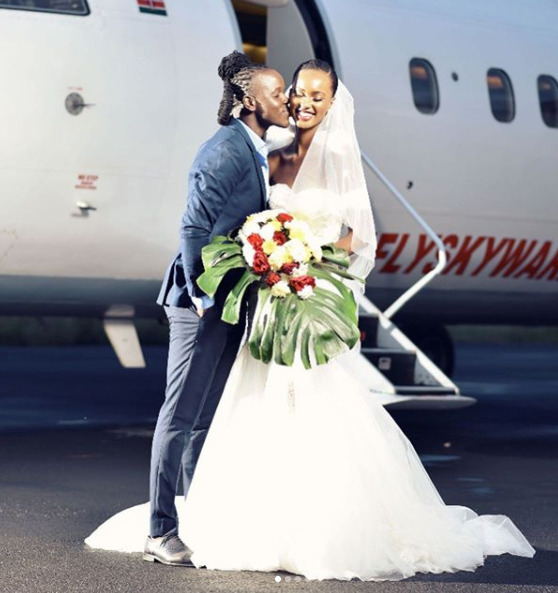 Special thanks go to Jalang’o and Hon Steve Mbogo who had been quite instrumental in making Adigodigo’s dream a reality.

Check out more photos from the event; 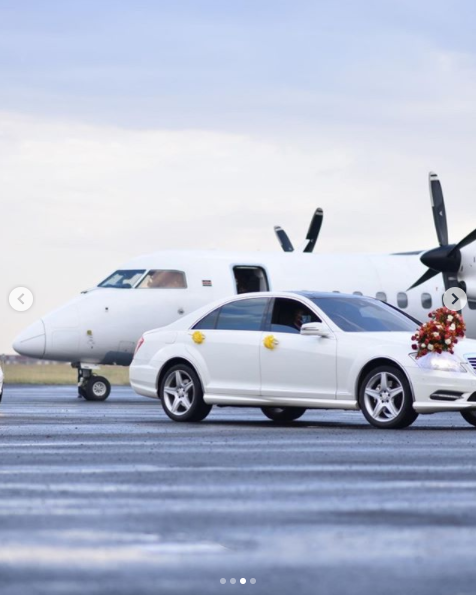 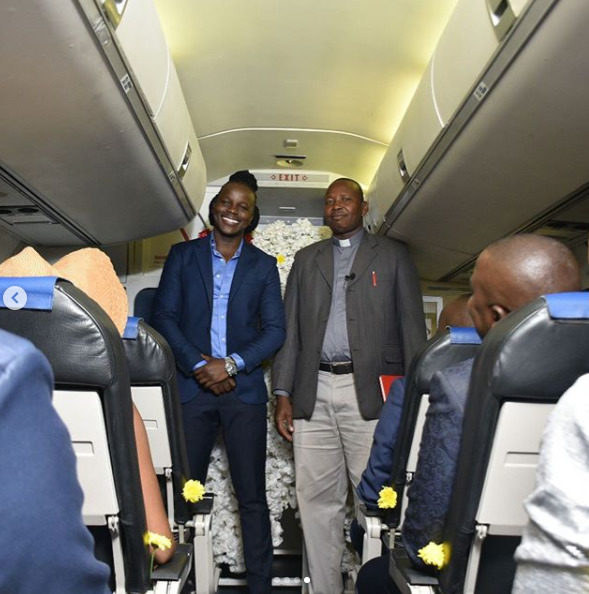 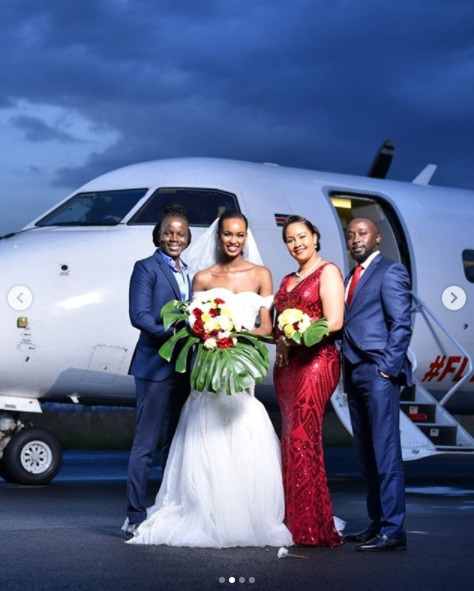 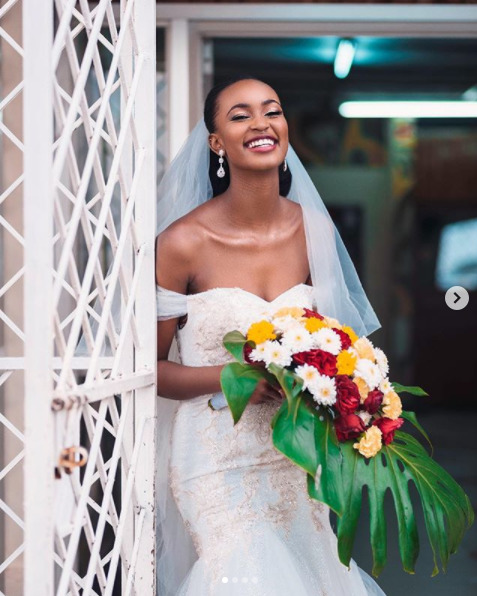 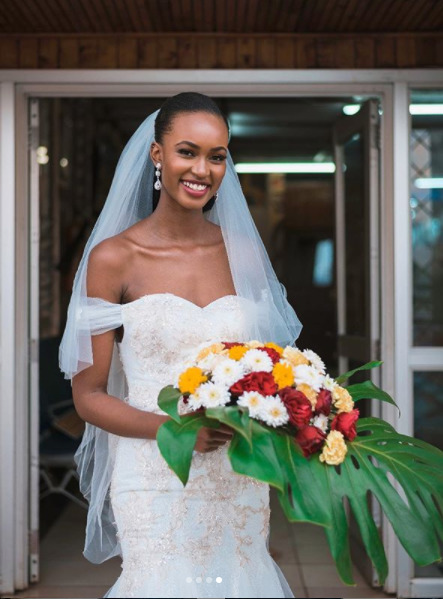