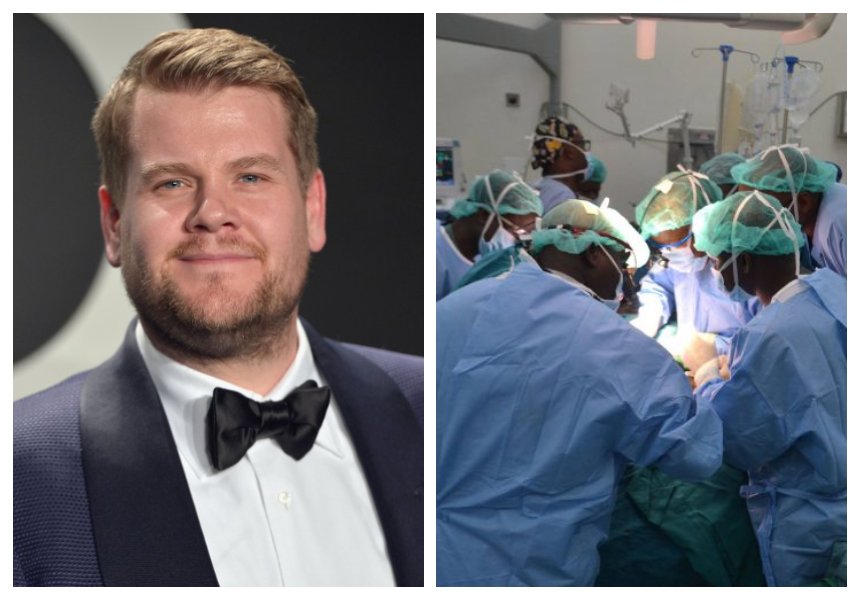 KNH surgeons made the worst case of medical malpractice in Kenya when they opened up the head of the wrong patient. They were supposed to operate on a patient to remove a blood clot in his brain.

Doctors did not realize the mistake until hours into the surgery, when they discovered there was no blood clot in the brain of the man sprawled on the operating table.

James Corden poked fun at the KNH surgery mix up on his show. He jokingly said the doctors removed the brain part that would have made the patient sue them.

When @KNHOperationMixup made it to The Late Late show with @j_corden
So embarassed that the only mention our beloved nation got from this show is such negative
publicity. pic.twitter.com/JZwgKgopgc

James Corden’s joke comes after latest incident where another surgery went wrong at KNH. Susan Nekesa’s plight was highlighted by Citizen TV which exposed another case of negligence at KNH.

Susan gave birth to twins through caesarean section at KNH. Hours after the surgery her stomach became swollen and she began experiencing excruciating pain.

Susan was wheeled back to the theatre on complaining to KNH medical staff. Doctors admitted that the surgery was done wrongly, a portion of the small intestines, like 50cm, was outside the chamber where it was supposed to be.

Doctors removed the affected portion of Nekesa’s intestines and left a small opening to allow her pass stool through a colostomy bag.