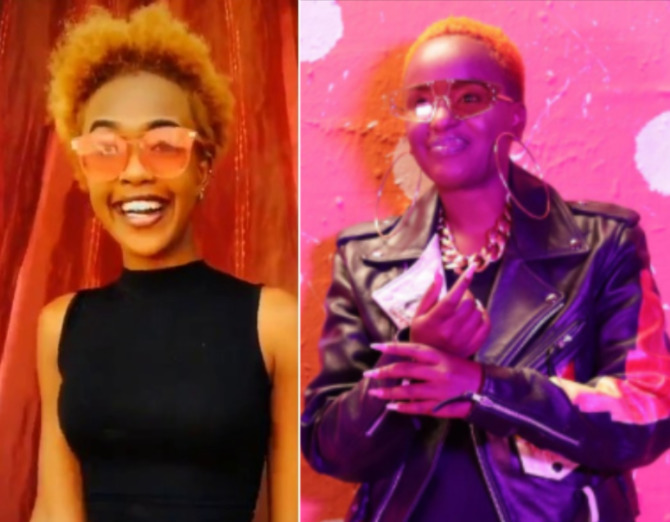 The say give credit where it’s due but not for Femi One’s viral Utawezana track. The female rapper is not about to let the credit go to TikTok queen, Azziad Nasenya.

If anything, the song was already a hit and doing exuberantly well on the social media platform that it did not really need much of a push.

While celebrating the jam’s 5 million views on YouTube, having just premiered barely a month ago, an overwhelmed Femi One flaunted:

Finally!! We are at 5million views …we can now release another one Yes?! 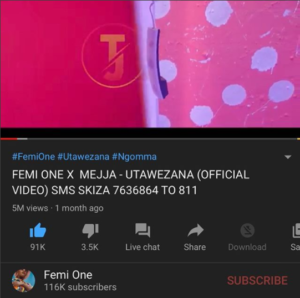 Unfortunately though, fans were quick to acknowledge Azziad Nasenya’s significant input into the track’s popularity posing:

I doubt, na venye alileta views and made it sth on tiktok too. 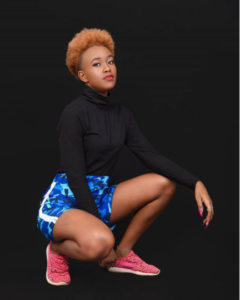 Femi One was quick to respond to the same, clarifying that the song was already a hit before Azziad Nasenya’s dance came into play.

So if anything, the TikTok queen gained fame through the viral ‘Utawezana’ song challenge and not the converse.

The song was already trending on tiktok that’s why she did the challenge because she came across it on tik tok. 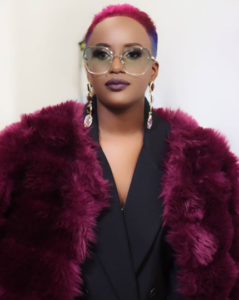 Kenyan Femcee and rapper, Femi One

That simply meant no single penny was going into the dancer’s pockets because probably it was a win-win situation for the both parties. 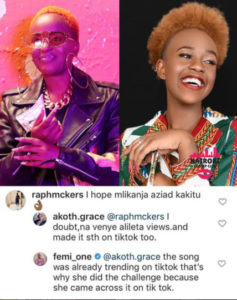 Azziad took up the Utawezana challenge on TikTok, unleashing some smart dance moves jamming to the song that captivated the eyes of fans.

Of all the challenges out up, the young dancer’s moves carried the day and that is how she trended.

To be deleted.. I don't why insta had to cut my face.. Full video on my tiktok @mejjagenge @femi_one

The challenge took over Twitter, attracting the attention of both men and women alike.

From her wasp-like well-trimmed waist, to the seamless whining, not to talk of her skin tone and not to forget her sweet, innocent smile that stole the hearts of many.

The Internet was brought to a standstill. Since then, the rest was history.

Either way, the Kaka Empire produced track is a hit! Since it’s release on April Fool’s – 1st April, the song has hit the International market.

Big question is, are we starring at the club banger’s remix or just another similar hit? Time will tell.

Meanwhile, have a watch of the viral hit: