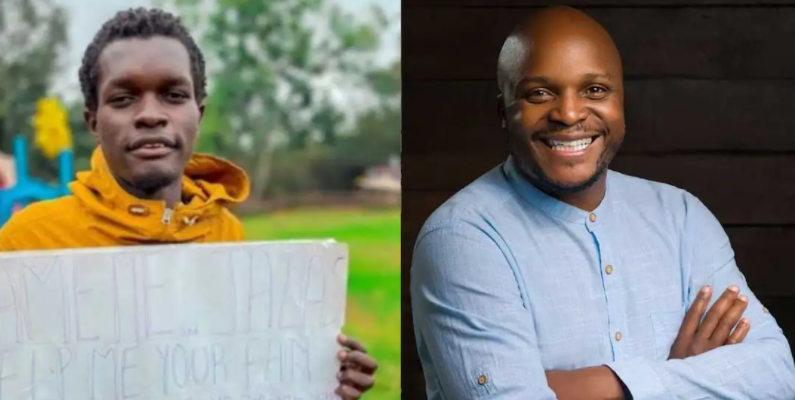 Radio presenter Jalang’o and upcoming artist Vincent Mboya are finally settling down their predicaments after days of locking horns. Vincent, who had been lended Ksh 18K by Jalang’o to clear his rent, seized the opportunity of knowing Jalang’o and started chasing clout.

To begin with, Mboya returned to the public to state that Jalang’o belittled him while assisting him with the money. He would then pretend to reimburse him by giving him 48 hours to collect the money from him physically. Jalang’o was however not interested in Mboya’s stunts; until a day ago when he had had enough of him.

When asked why he couldn’t send the money directly to his phone number, Mboya replied;

The 22-year-old revealed that he couldn’t do so because he was uncertain whether Jalang’o had a pending Fuliza loan that could see the money deducted from his mobile money account. He later on shared a ‘fake’ screenshot where he claimed to have refunded the money.

Jalang’o noted how Mboya was lying about the reimbursement and went ahead to give him a stun warning.

”Boss I want to warn you for hii ujinga umeanza! Please stop using my name and now you displaying my number when you know you haven’t sent money in my number! Just stop it!” 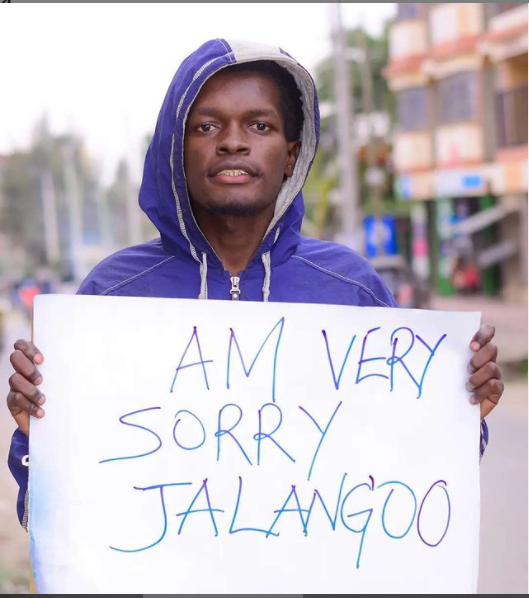 After Jalang’os rage, Mboya apologized for all the drama; admitting that he was clout chasing because he’s  working on a song. Jalang’o is yet to disclose if he has accepted the apology or not.