Willy Paul has released CCTV footage showing how teenage socialite Shakilla ‘broke’ into his home. The video shared on his IG page clearly shows Shakilla walking into the residence; but we never got to see the part where she forced her way into the house.

Also read:Shakilla responds after Willy Paul accuses her of breaking into his home

PART1: truth!! CCTV FOOTAGE. Here is what really went down… how the lost teenager came into my house without my knowledge and lied to my female friend that i had a meeting with her and that she was my business partner
CCTV FOOTAGE OF EVERYTHING.. including her arrest! Please shakila or whatever you call urself…. stay away from me, I dont know you so stop making it look like i know you… and tell the people that sent u this; KAMENUKA

This comes just a few days after Shakilla publicly admitted to having had a secret relationship with Pozee; who now seems upset to have the everyone aware of their entanglement. For this reason many now seem to believe Shakilla’s side of the story where she says the controversial singer set her up.

As seen on Shakilla’s IG story, the lass claims that Willy Paul invited her over; only for him to call cops on her 3 hours after arriving at the singer’s apartment.

With Kenyans so good at investigating, there are those who continue to insist that Pozee’s story about Shakilla does not add up! This is because these two have secretly known each other for years; but now that the teenage socialite has the ‘negative’ image, all of a sudden Pozee seems uninterested.

One of the fans went on to leave a comment saying:

There is alot of inconsistency. Shakilla got to the gate at 8.23pm and got to the house after 1hr 22minutes??. 😐.. and from 9.41pm you suddenly realised that she is intruding after 3hours?? Hapo umetubeba bwana mkunaji. 🙌🏽🙌🏽

Another went on to add;

kinglwanga; You’re don’t know yet she’s that comfortable and confident to come to your house, she even knows where you live. From the footage this is someone who’s been in that house before.

Below are more comments from fans who continue to doubt Willy Paul’s story. 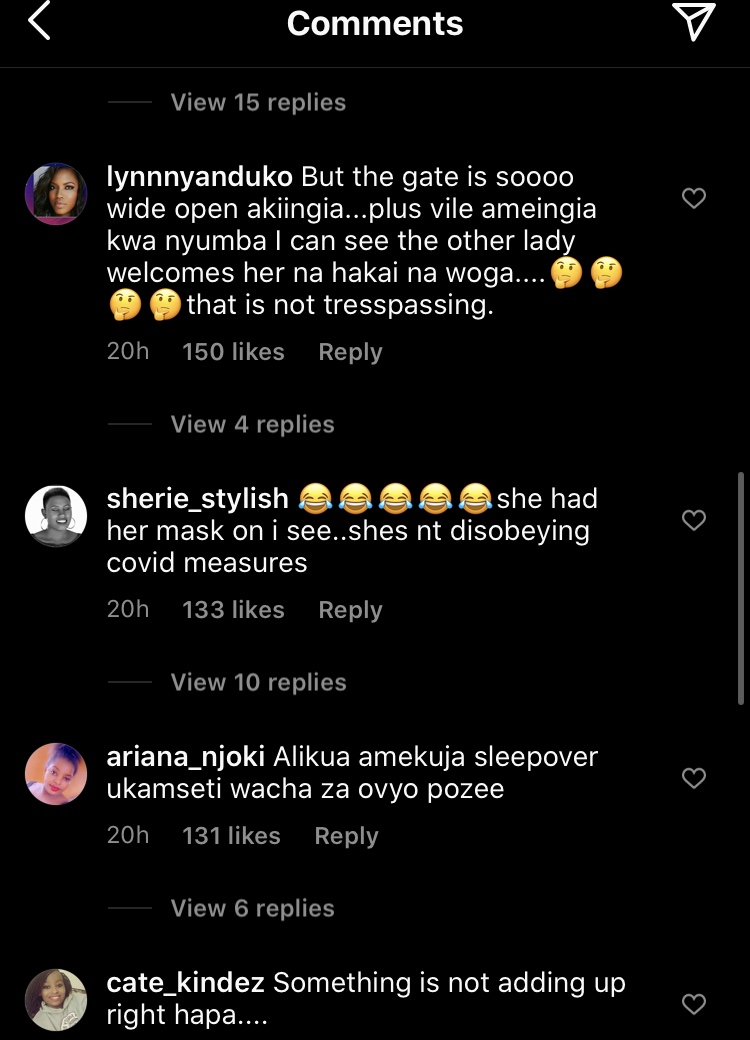 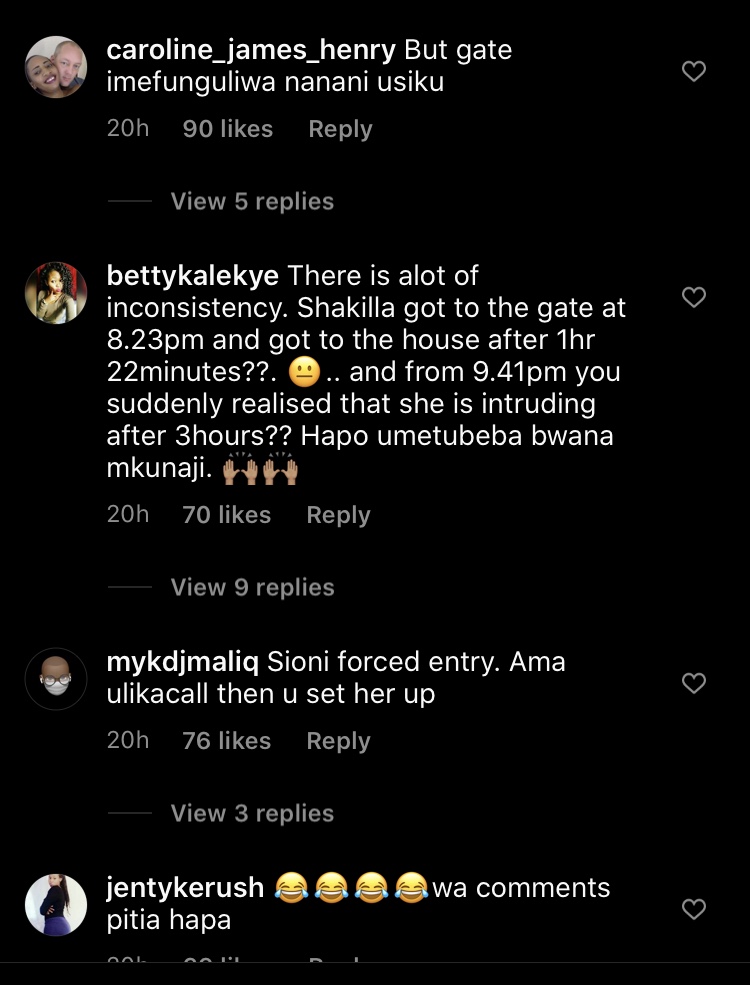