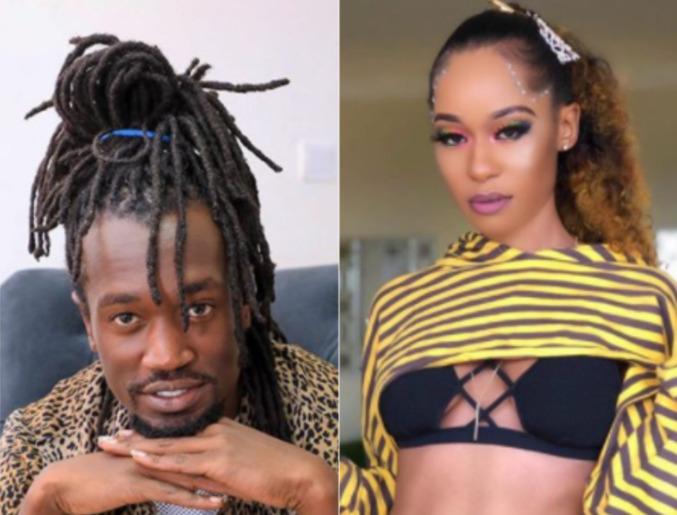 Benzema and Noti Flow have sparked dating rumors the more after the two were spotted locking lips during a recent InstaLive.

Benzema, a member of the popular Ochungulo family and Noti Flow, sparked dating rumors around end of April with a suggestive video of the two getting ratchety.

During a recent InstaLive session with fellow Ochungulo family members, Benzema and Noti Flow born Natalie Florence, were seen getting naughty in bed.

Blatantly blushing at the sight of each other and at times softly locking lips on camera. The two seemed too deep in love to even hide it.

And when together, at least in the same room, none of them seems to be able to keep their hands to themselves. 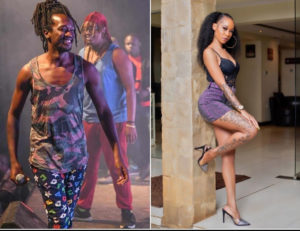 Fellow Ochungulo family members dared the duo to share a moment, something they declined to do but appeared to be on the verge of.

From her end, Noti gushed over Benzema for being not just good in bed, but for being a cook who can feed her ‘lazy a$$’. 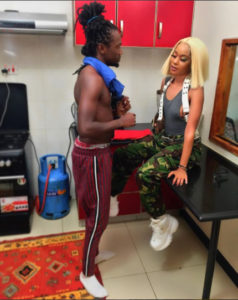 No lie, the duo has been spotted together on numerous occasions and fans can only speculate.

Late April 2020, fans were left presuming that Noti had moved on with the Gengetone artist after ditching his controversial ex, Colonel Mustafa.

A pair swiftly dancing to a song on the background with a caption that explains Benzema’s undying love for the petite lass..was but the start of a love story. 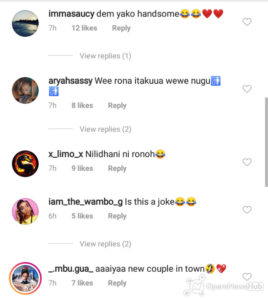 Thereafter, the lovebirds shared a video cracking each other’s ribs with the chief inspector captioning:

Videos of the two in compromising positions, can only explain a love yearning to be let free.

Suggestive romantic videos, naughty captions, physical touch and locked lips, what else could we be asking for?

Probably just a confirmation from the two that what’s going on is real.

Meanwhile, be the judge: