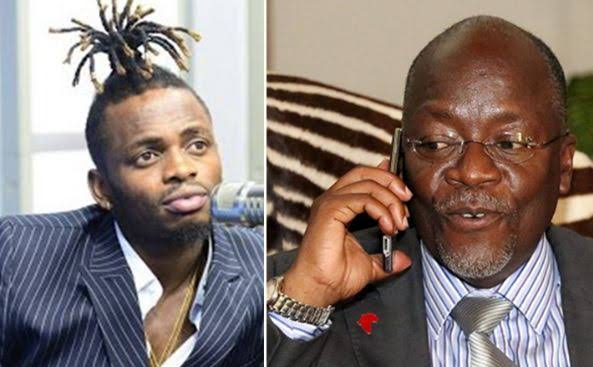 There is a difference between being an Internationally acclaimed music star and being respected by your very own including your motherland´s President.

Tanzanian President John Pombe Magufuli has never shied away from displaying his public love for bongo flava especially in regard to the Wasafi team.

Harmonize has come close enough to President Magufuli to the extent of performing a song praising the leader for the country´s developments. 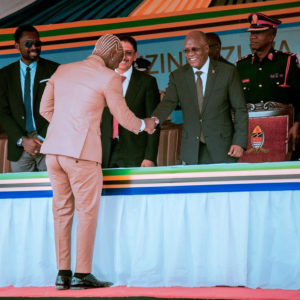 Well, that might have seemed close enough but Diamond Platnumz seems to be on a mission to outdo his now rival, Konde Boy.

Amidst his much hyped 10 year anniversary train ride, President Magufuli decided to surprise Chibu live, during his end of year performance.

In a video that has since gone viral, the Tanzanian president phoned Chama Cha Mapinduzi’s Ideology and Publicity Secretary Humphrey Polepole who attended the event.

Polepole then handed over the handset to a drained Diamond Platnumz following an electrifying performance of his Tetema hit.

With an effective sound system on set, President Magufuli´s voice boomed all over the place as the crowd cheered on, confirming that this was indeed reality.

In a bid to calm down the exhilarated crowd, Platnumz insisted:

Speaking to the head of state, Platnumz expressed:

At one point, Magufuli could be heard praising Naseeb affirming:

This was in the midst of his managers, Babu Tale and Mkubwa Fella who vociferously cheered on the crowd.

As he concluded, Platnumz sang along:

These moments were indeed priceless yet one that none, had preempted.