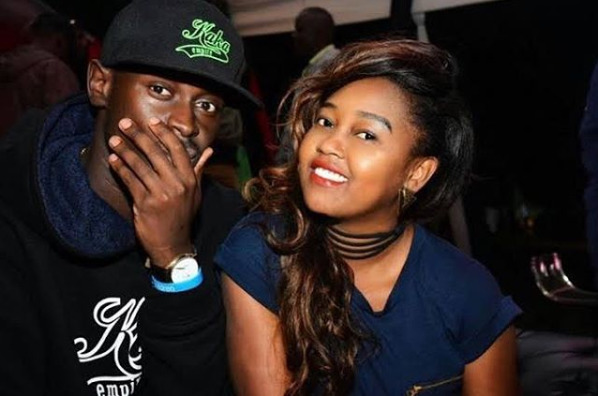 King Kaka has undeniably swept many women with his latest single dubbed Nakulove! This project comes weeks after his last bit that educated Kenyans on the importance of electing serious politicians and not greedy ones after money!

The song which seems to be receiving massive airplay and also social media love has left a lady identified as MJ asking for more than she should be; especially since King Kaka also happens to be somebody’s husband (but when has that ever stopped these Instagram queens from snatching married men?)

Looking at the first comment she left on the post one could tell that this lady was a big fan as she wrote;

To which King Kaka politely responded asking the lady to hit the studio; probably just to hype her for being a fan. 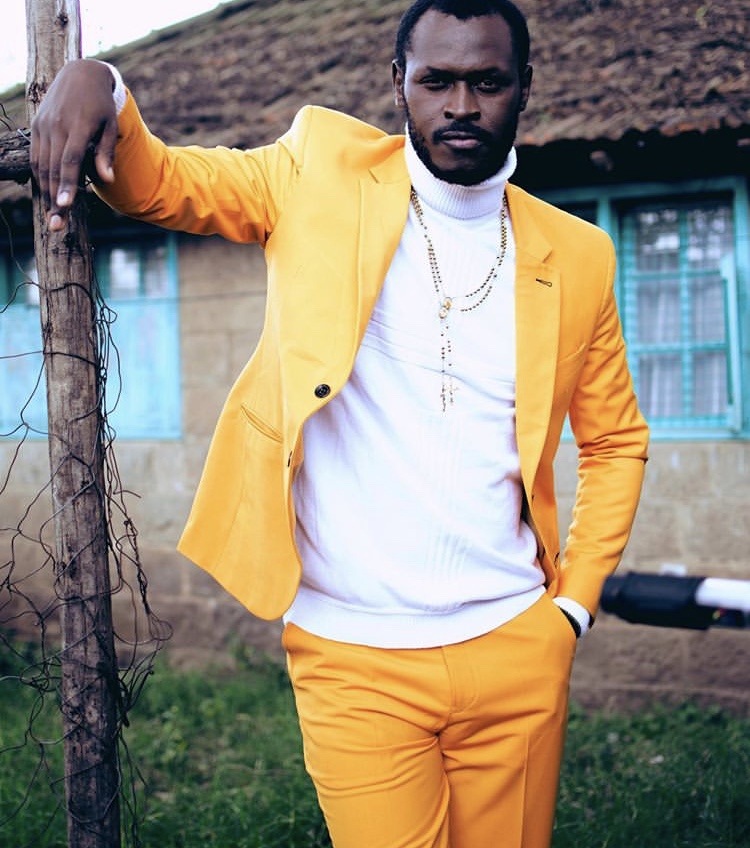 However seeing that the rapper now had her attention, Ms MJ went on to shoot her shot in the comment section; where she made it known that the studio is not what she wanted, but what is underneath his boxers! MJ comfortably wrote; 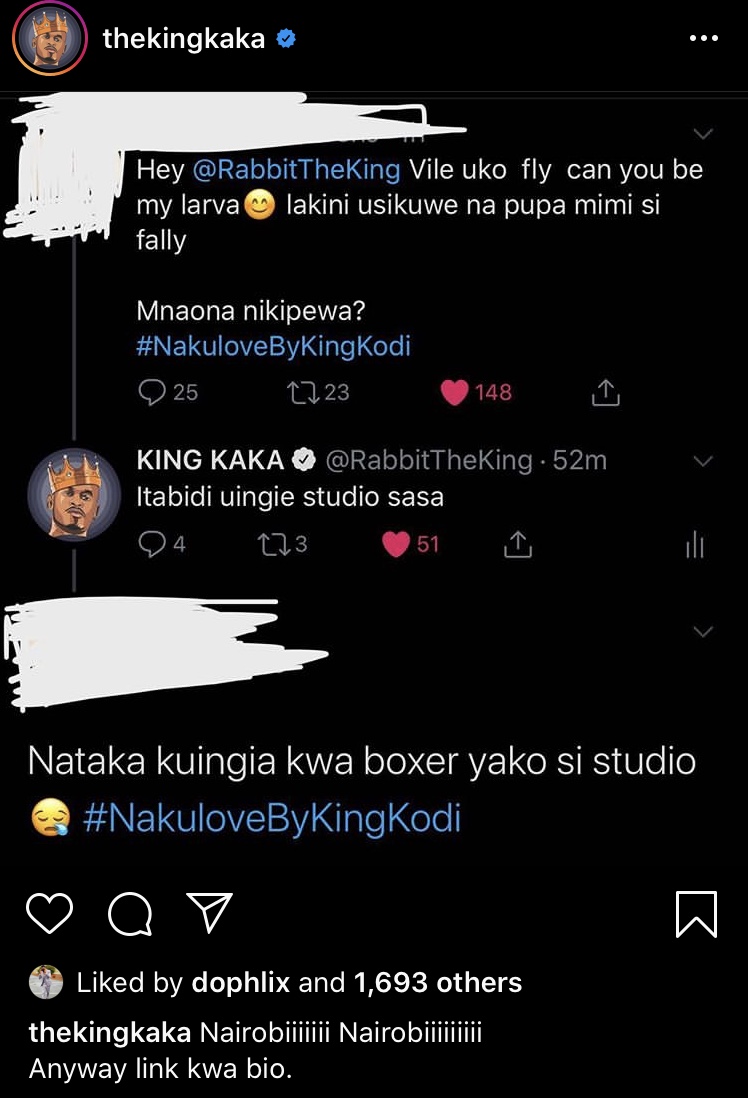 Well, clearly no one saw this coming and now we understand why the singer doesn’t follow his wife on social media.

Although King Kaka’s talent remains untouchable and unreachable – one can imagine the kind of pressure Nana Owiti has to put up with especially with a husband who doubles up as a rapper.

Anyway in a recent statemtn shared by Nana Owiti while hosting Dropzone on Switch TV; she revealed why they both don’t follow each other on social media saying;

When we started the relationship, we were friends on Facebook for a couple of days, and then we would always be like ‘hako kanakucommentia ni kanani hako?’ We were like, ‘you know what by the way si ufollowiana ya? By the way ujue naku-unfriend leo’…so I told him that and he said ‘sawa basi.