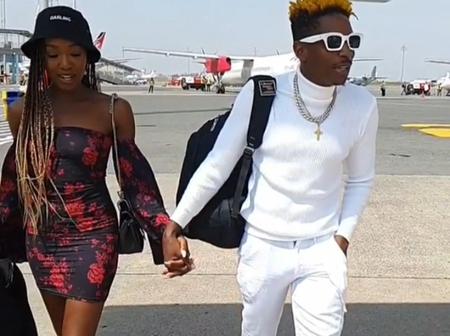 Self proclaimed King of comedy, Eric Omondi has hinted on proceeding with ‘wife material’ show season two. This comes after the comedian started another one of his own shows  dubbed ‘shosholites’. The participants of the show are mainly women aged 65 years and above. The purpose of the show, as stated by Eric Omondi is to showcase their talents.

In ‘wife material’ season one, Eric had managed to pick 9 of the hottest eligible bachelorettes in the country and stuck them all into one house to fight it out for his heart.

Carol Kamweru of Band Beca emerged victorious in the competition, beating the other eight participants.

Eric later went to visit her parents to seek her hand in marriage, which went well. He later married her on a colourful wedding which saw one of the show participants, Shakila, cause drama and chaos during the ceremony. Shakila would later be removed from the venue by security guards. After having a honeymoon with Carol, Eric would reveal that all this was scripted.

The comedian now seems to be having plans to start Season Two of the show,

”Are you ready for wife material season Two?”

We all know the ramifications of the show, especially after Eric reveals to netizens that the whole show was scripted. This means that this time, not everyone will be excited as we all know it’s planned. Unless he comes up with something new and exciting, netizens might be reluctant to show their eagerness for the show.