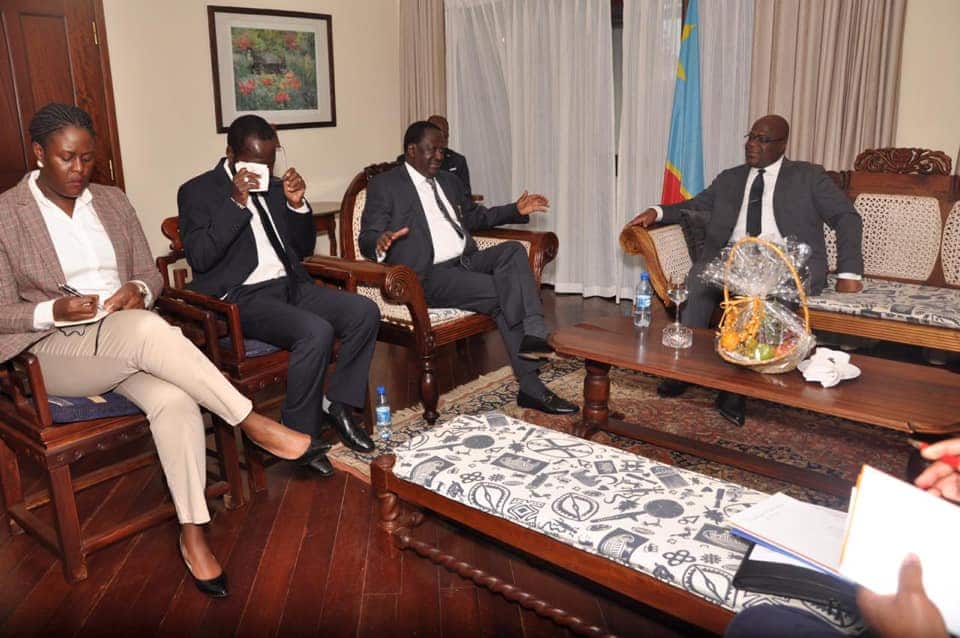 The 29-year old, Winnie Odinga, has been sharing platforms with global leaders.

Word is that Raila may have slotted in the daughter as her personal aide upon his appointment to an AU job.

Though we are yet to ascertain what official position Winnie holds.

Uproar from online platforms has been the outcome.

Majority pointing fingers at the opposition party leader accusing him of nepotism.

Unfortunately, nepotism being one thing Hon. Raila seems to advocate against, in his political life.

This is after a photo of Winnie, inclusive of DRC´s President, Felix Tshisekedi and the ODM party leader resurfaced.

The Democratic Republic of Congo´s president, was in Kenya for an official state visit.

¨Raila and his daughter in DRC as his secretary. Impunity,¨ Nyaribo´s post read.

We clearly see Winnie jotting down some notes.

¨I don´t think you know what impunity means, let me help you out.¨

According to Winnie, there was nothing wrong in hanging around Raila Odinga on whatever grounds.