Ivan was buried in an expensive coffin bought in South Africa. Rich Gang members also threw unknown amount of money in Ivan’s grave before the coffin was lowered.

On Tuesday night December 5th tomb raiders attempted digging up Ivan’s grave. The vandals however didn’t finish their job as dogs scared them away.

“I got shocked when I saw the hole and when I went nearer, I realized that a big hole had been dug up to the concrete of the grave,” Ivan’s relative identified as Wamala told The New Vision. 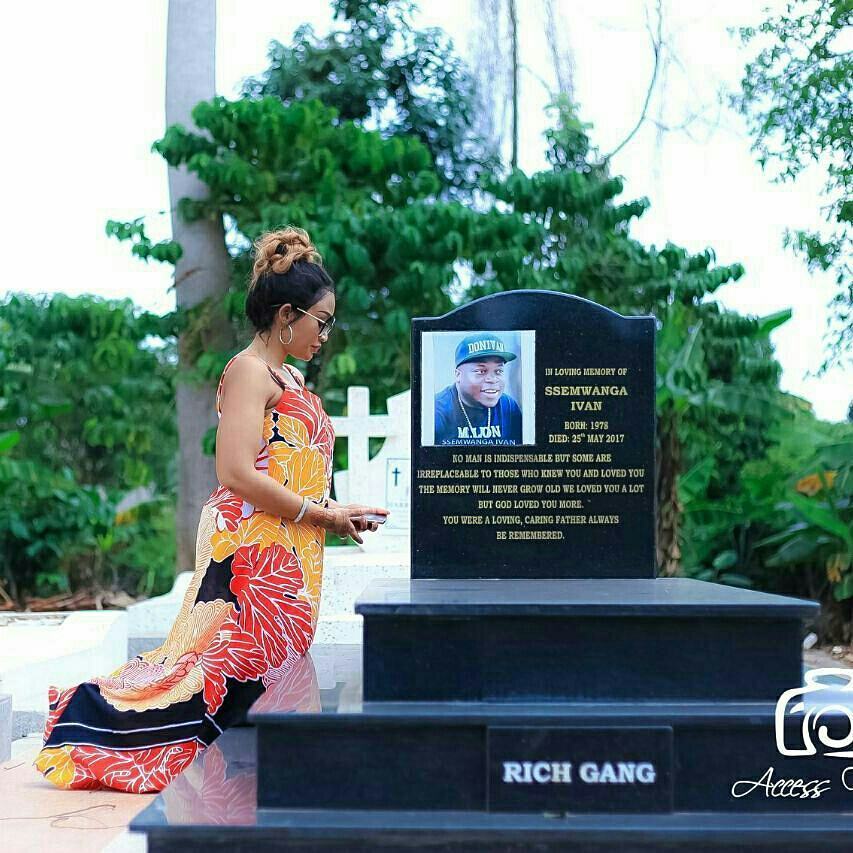 Wamala says tomb raiders want more than just money and Ivan’s expensive coffin. He reveals that witch-doctors in Kayunga have been asking their clients to get Ivan Ssemwanga’s skull for them to become rich.

“I think they wanted to steal the money that was thrown in the grave and his skull. We have been hearing rumors that witch-doctors were in need of Ssemwanga’s skull which they want to use to give wealth to their clients in order for them to be rich like Ssemwanga,” Wamala said.