“Yes, wedding plans are still on” a pressurized Ben Pol responds to impatient fans concerning his marriage to Anerlisa 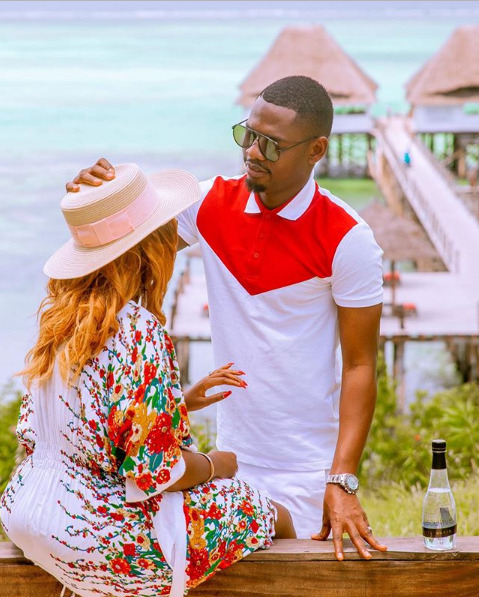 Tanzanian singer-songwriter, Ben Pol assures the world that Anerlisa remains his better half, with wedding plans still on.

Ben Pol has been receiving pressure from fans to wed Kenyan fiancee, Anerlisa Muigai after he went down on one knee to officiate their engagement in April this year.

That was plus to the couple who then shut off critics who thought they wouldn’t last.

But fans now think Ben Pol is taking a bit too long to have Anerlisa walk down the isle and solemnize their vows.

Exclusively with Tanzanian news outlet, ‘Ijumaa’, the ‘Moyo Mashine’ hit maker confessed that pressure from the outside to wed Anerlisa is really building.

Ben however, cited that things are going as planned though he is not updating that on social media.

He believes, if a wedding is to take place between them, it can only remain private for so long before the digital space digs into finer details.

So he will inform us on any new developments.

For now, he needs his space and urges fans to stay patient and see what the outcome will be. But just to clear the air, he affirms that ‘yes, wedding plans are still on’.

What many do not understand is that when it comes to planning a wedding, privacy should be paramount. Not everything should be announced online. So, I’ll urge those pressurizing us to wed to be patient and see what the outcome of our relationship will be. And when we tie the knot, they will still know, given a wedding is something that you can’t do in secrecy. Currently, I am in the process of putting things right, but if you’re asking if the wedding plans are still on, the answer is: ‘yes, they are’.