“Your down fall is coming!” Fans bash Diana Marua for boasting about her husband’s wealth 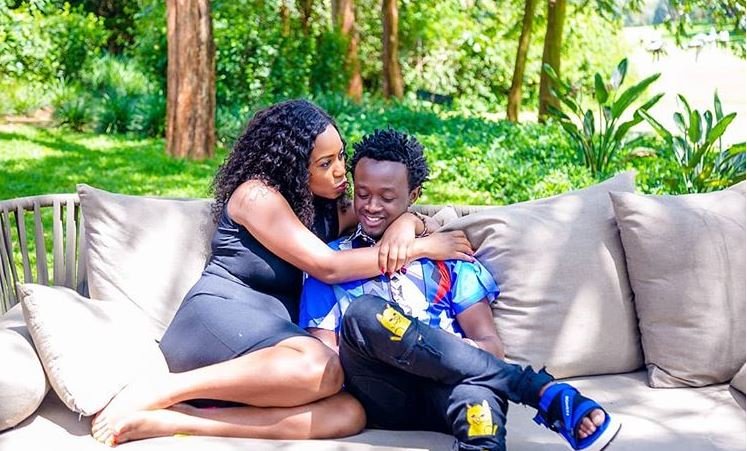 Diana Marua’s comment on her husband’s post seems to have rubbed fans the wrong way especially since she came out strong bragging about her husband’s wealth.

It all started after Bahati went on to share a few details about his new endorsement deal on Instagram; probably to prove that despite people calling him a hypocrite on social media, Blessings we’re still flowing in his home.

WHO’S LIKE GOD??? GREATNESS 🔥🔥🔥 I am Just From Signing another BRAND AMBASSADOR DEAL 💪 💪💪 #AnnouncingSoon!!!

However things seem to have changed for Bahati and his family now that fans and social media users have realized that the ‘gospel singer’ was involved in the arrest of 20 year old Peter Blessing.

According to Peter, Bahati had been paying him 3k which could not sustain him – I mean with this economy?

Anyway his wife’s comment however made things worse as fans came out of no where to tell her off for being such a brag! 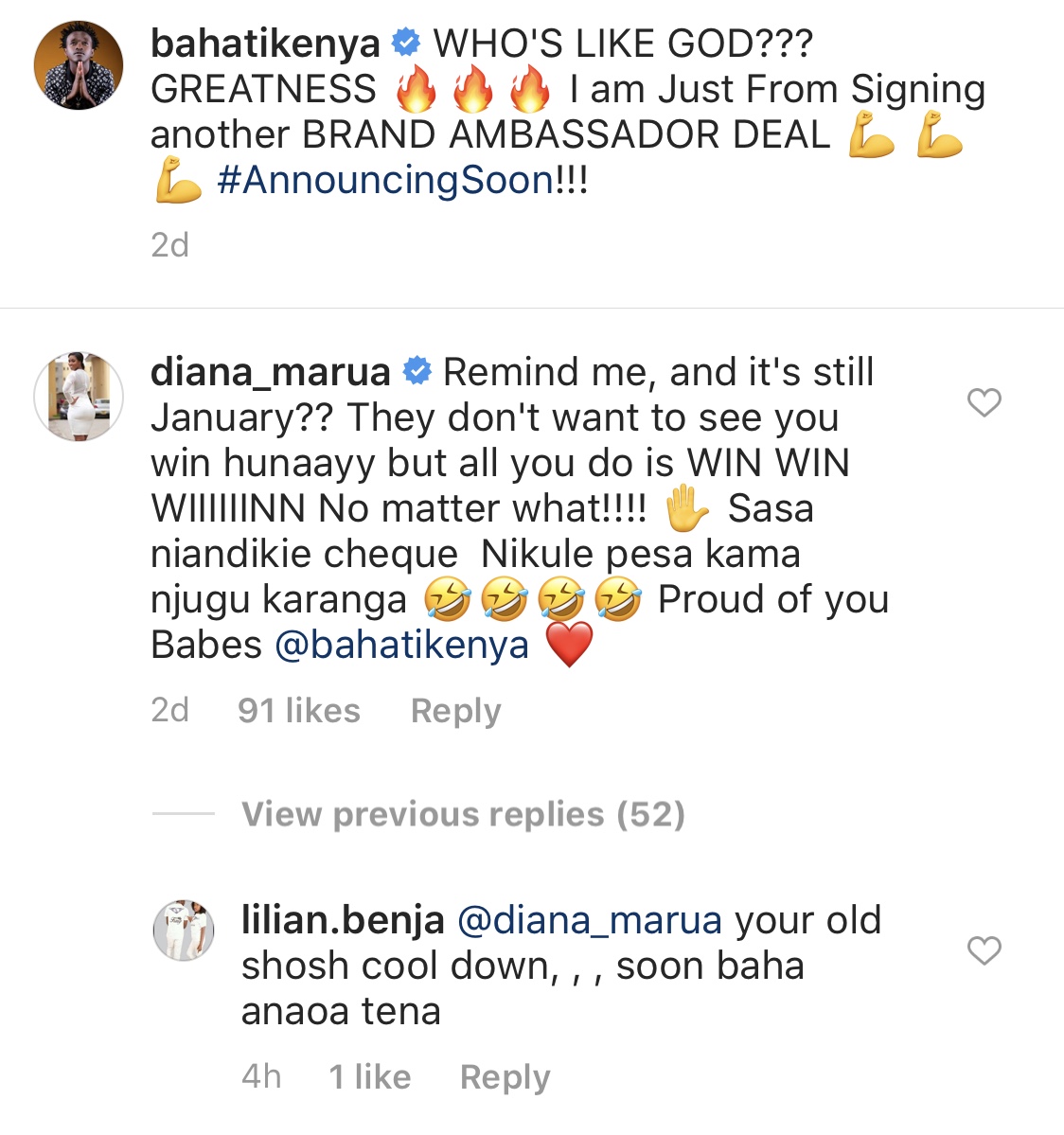 They went on to remind Diana Marua together with her husband that their down fall was around the corner! Some also added that once all fans realize the type of people they are – then reality will come down knocking at their door!

Below are just a few screenshots from fans telling off Diana. 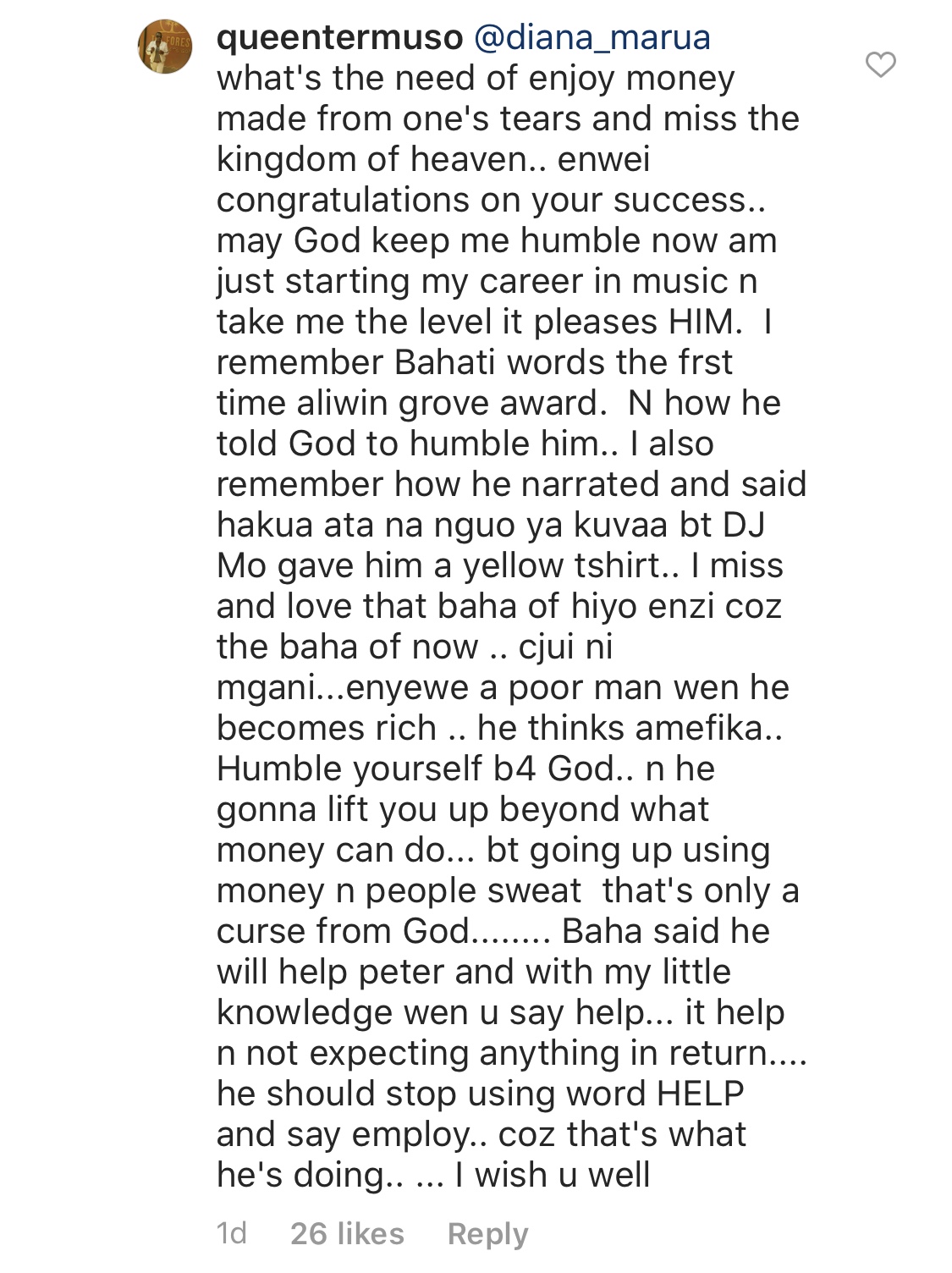 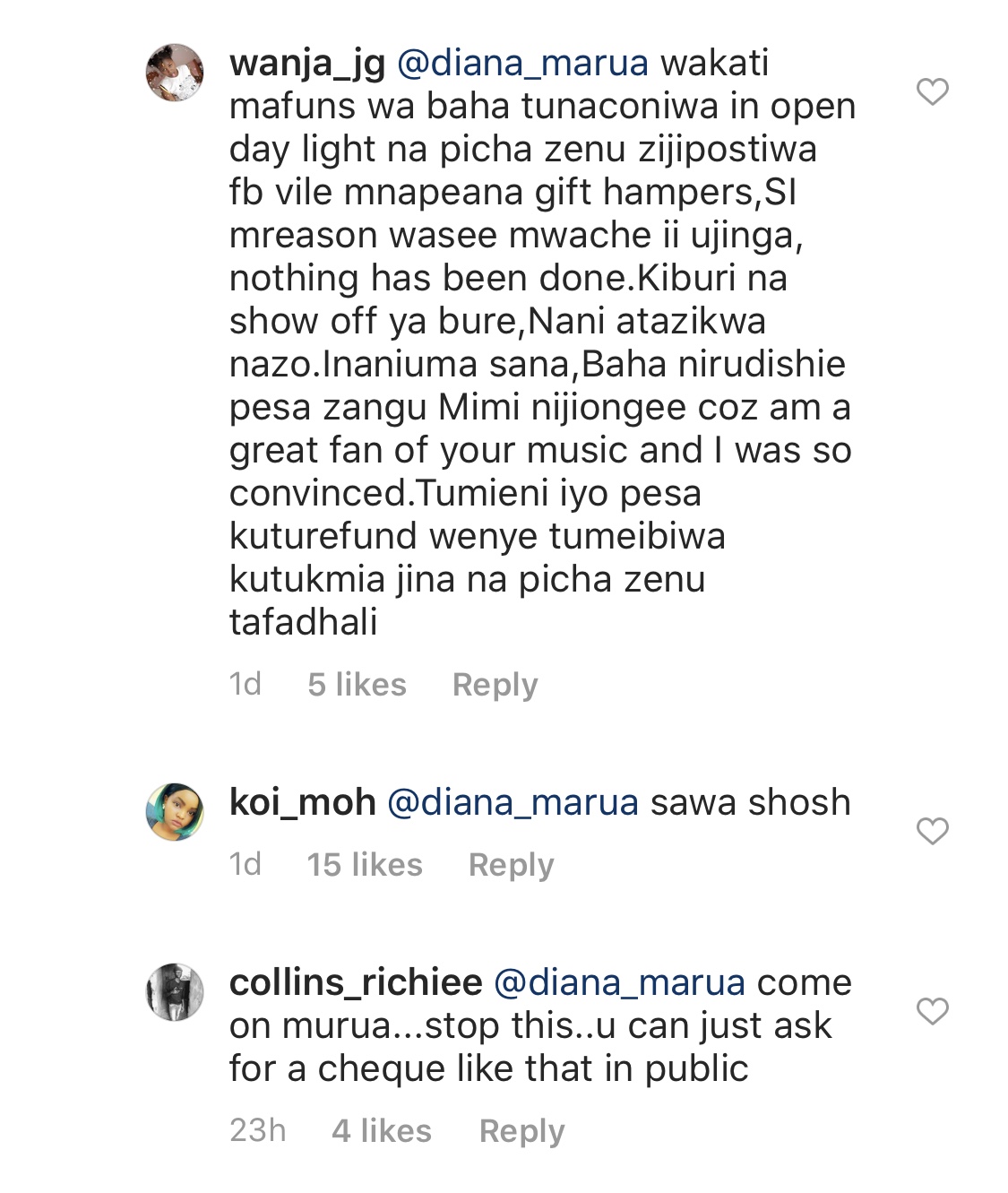 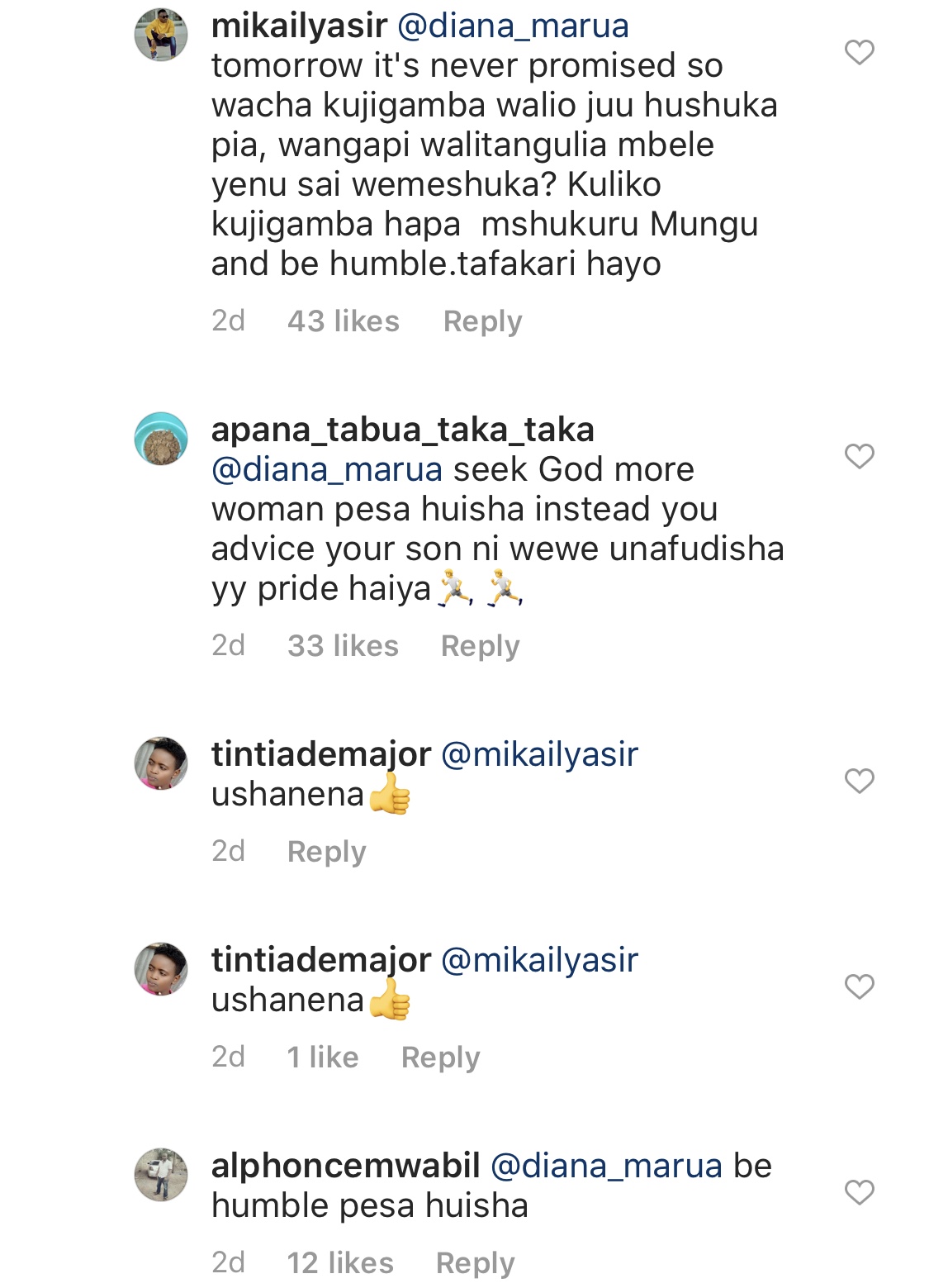