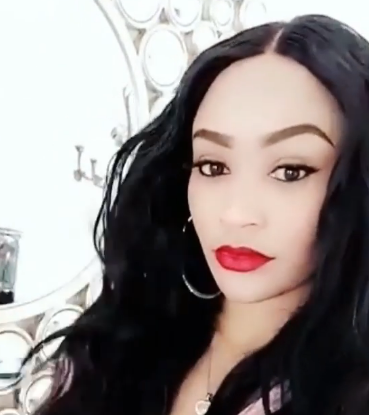 Ugandan socialite Zari Hassan has sent out a bitter message to her said hacker Jemba Farid after he account got hacked yet again.

Zari revealed that her account is still under her hackers’ mercy despite the fact that she can still access it.

On snapchat, Zari warned the man who she claims is behind the hacking saying that she will make him regret once she gets her hands on him.

“Embwa ya Farid gwe iwenakukukwata, ojakwejusa ekyakufula omusiyazi. Which loosely translates to (This dog called Farid; when I get hold of you, you will regret why you became gay) You’ve crooked so many reaching an extent of changing your real names on FB. Even further creating charity pages. A broke lad like you can afford to do charity… mxuiiii,” cursed. 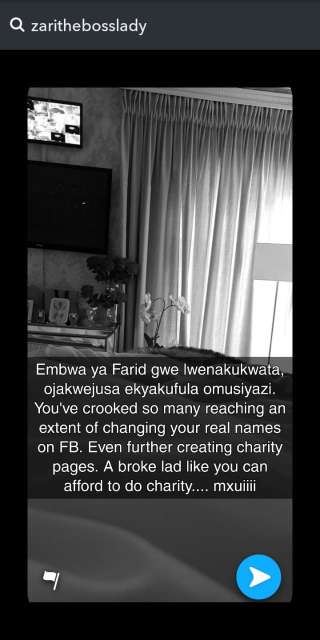 Her rant comes after she warned her fans not to donate anything posted by her account which has been begging for funds after being hacked. Jemba Farid Gilbert is the guy who helped her get her IG account verified and was accused of hacking it several weeks ago.

“Mrg, so my IG account is active but the hacker can still access it even after changing passwords and all. Am working on it BUT DONT PAY ANY MONEY TO ANY LINK. I’ve never asked for donations in my life,” said Zari Hassan on her Snapchat account.