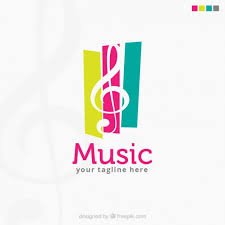 Were they your hit videos?

Nigeria’s old hit music videos are still hits. Childhood memories are always the best. I  remember myself sprinting into the sitting room or my mom’s room anytime any of my favorite songs was on TV. It didn’t matter what i was doing at that moment, i just wanted to sing along with the musicians. There was the aunt who used to tell people I could sing all the songs on TV. I just wanted to be part of the glamour in the videos.

These ten music videos will definitely bring back some old memories. Most of the songs had wonderful heart felt lyrics and some others had the magical beats. Though mostly forgotten, the music and videos were benchmark for Nigerian Music Industry.

Check out the music videos that rocked our early music years.

This will be my number one even in paradise. Fortunately I saw the video first and immediately fell in love with 2face. I  and my siblings replayed the video as soon as we got back from school (thank God my dad bought the CD). Yvonne Jegede’s smile captivated my heart the most. African Queen lyrics remain one of the lyrics I could still retain.

This was my sister’s favourite and first wedding banger. It was played at all weddings and events.

The socialogical relevance and the beats of the song was fantastic at that time. Eedris really nailed it with Mr Lecturer.

The class disarray in the video was what excited me the most about the video.

I was Surprised when I realised that Shaffy Bello the Nollywood actress was the lady singer in the video. The give and take between both singers is just so lovely.

Popularly known as “You don hit my Car”, the song was just like Olamide’s Wo. Everybody grooved to this.

Anytime you see people bending with funny rise and fall of their buttocks, you know Konko Below was being played. It was just like Azonto, Etigi, and shoki.

This was the song of heart break. It served as a muse for lovers. I remember my Uncle’s playing this.

If you help me see Ego, tell am I don go….This is another song that occupied the heart of lovers. Djine’s mellow voice did the trick.

Who remembers this old rap song?

check out this banging body of actress Juliet Ibrahim in swimsuit

Singer, Waje Celebrates her Daughter as she Clocks 20