Adesua Etomi Defends her Husband, Says he Never Collected a Dime from Buhari 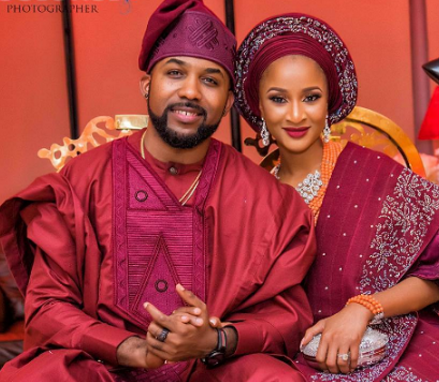 Nollywood actress, Adesua Etomi, has come to the defense of her husband. This is coming after he was accused of collecting 57 Million Naira to campaign for President Buhari.

Recall that the singer tweeted to condemn those that were speaking against the suspension of the Chief Justice of Nigeria, Justice Walter Onnoghen. It wasn’t long after his tweet therefore, that people started condemning him for supporting what they called the President’s unconstitutional act.

Allegations, however, followed shortly and the Wellingtons didn’t seem to take them well.

Adesua Etomi says she wishes to clear her  name.

Taking to Twitter therefore, the actress spoke frantically against the allegation. Noting, however, that she was in Abuja in December for a Gender Based Campaign, she dared her accuser to come up with facts.

‘Miriam, I don’t know u and I will never understand why you have tweeted this lie. My husband and I went to Abuja in December for the 16 days of Activism against gender based violence. A final event was put together by the EU and as influencers, we were invited to attend’. 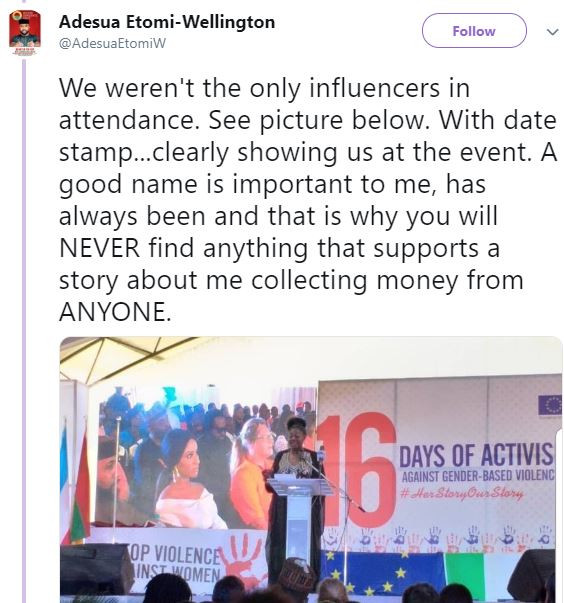 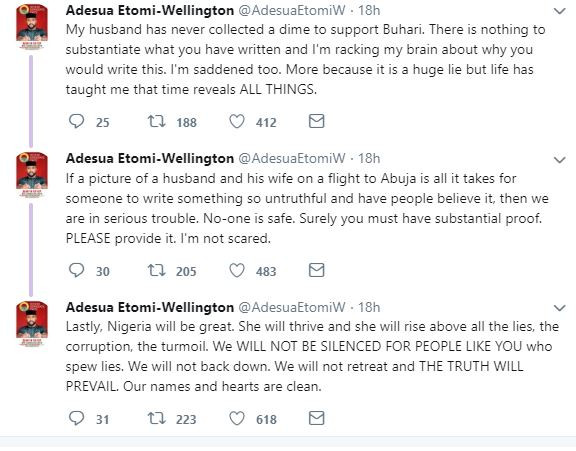 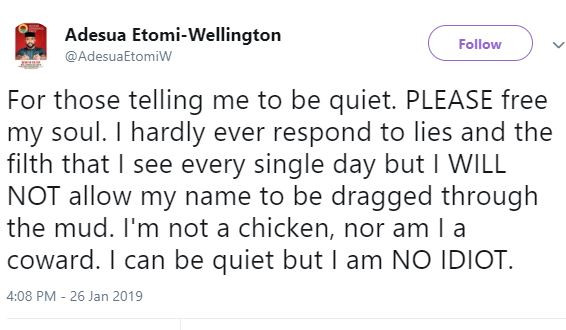 The singer is currently contesting for a sit in the House of Representatives.